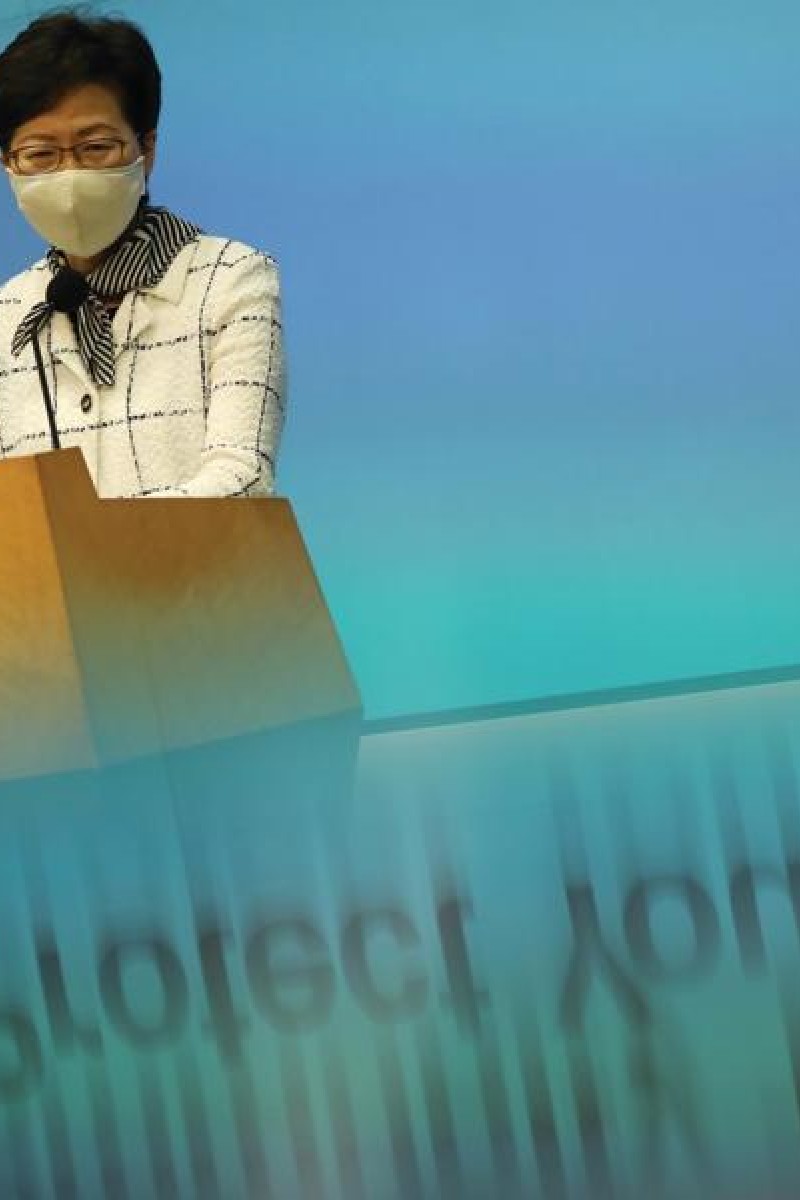 Chief Executive Carrie Lam Cheng Yuet-ngor raised some eyebrows on Tuesday when she said that the SAR has no separation of powers. The term “separation of powers” refers to the idea that the judiciary, the legislature, and the administrative sections of the government work independently of each other. This ensures there are checks and balances among the three branches of government.

The question of Hong Kong’s separation of powers came up when the phrase was removed from liberal studies textbooks to ensure they did not fall foul of the new national security law.

“Hong Kong has no separation of the three powers. I fully support the education secretary’s statement,” Lam said at a news briefing ahead of the weekly Cabinet meeting. “We must not be blurred. Hong Kong’s current constitutional system must be clearly stated.”

“Hong Kong’s high degree of autonomy is not full autonomy, the powers enjoyed by the administration, legislature and judiciary are ... granted by the central authorities,” she said. “The answer is in the Basic Law.”

The Basic Law says the CE has power over the judiciary and the legislature, including the appointment of judges and setting of budgets, Lam said.

Executive councillor Ronny Tong Ka-wah waded into the discussion yesterday, saying the phrase should not have been removed from the textbooks.

Students react to changes in the Liberal Studies textbooks

“Society has a lack of understanding [of this  concept] ... and many people might have the misconception that Hong Kong is a sovereign state and should therefore have separation of powers,” said Tong, who assists the chief executive in policymaking.

“If these ideas are not corrected earlier, it could be problematic,” he added. “If you hide the topic under the bed and don’t talk about it, it won’t help either.”

But Lam’s remarks, which are in line with China’s views, contradict what has been upheld by the legal community about Hong Kong’s rule of law.

Incumbent Chief Justice of the Court of Final Appeal Geoffrey Ma Tao-li said in 2014 that the Basic Law “sets out clearly the principle of the separation of powers between the legislature, the executive and the judiciary, and in quite specific terms, the different roles of the three institutions.”