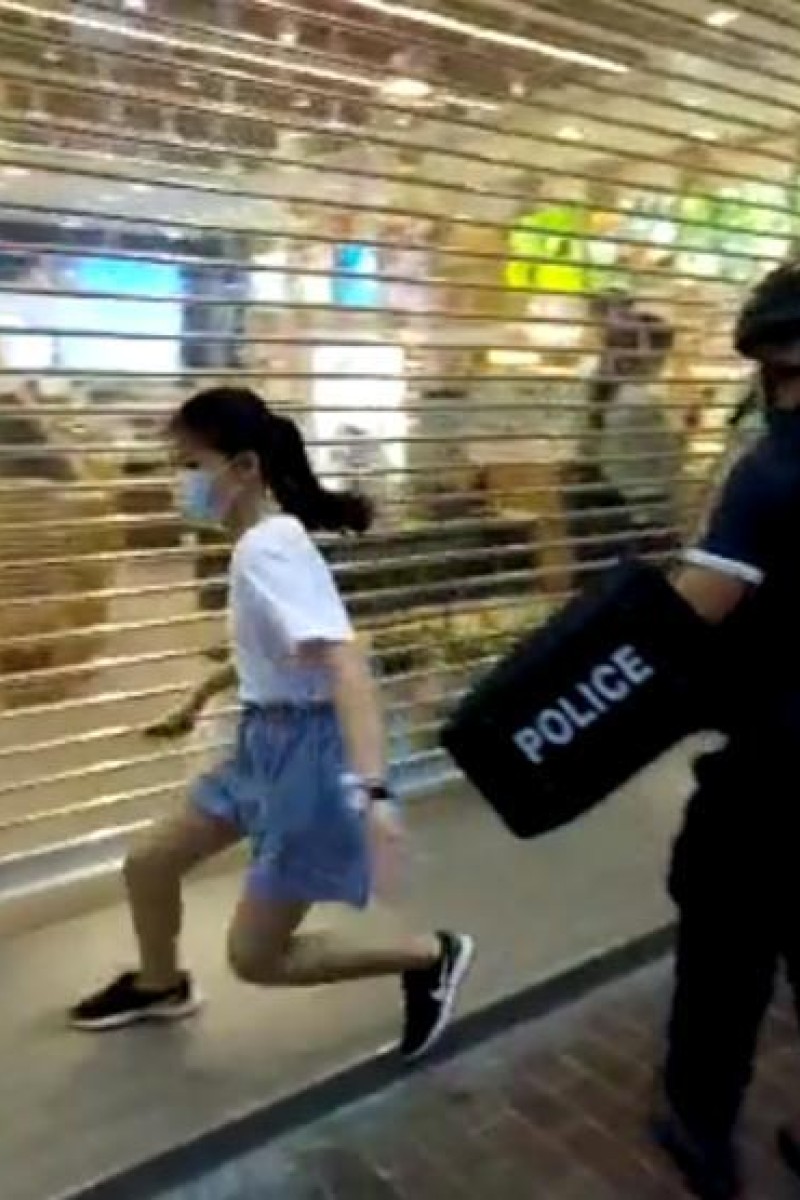 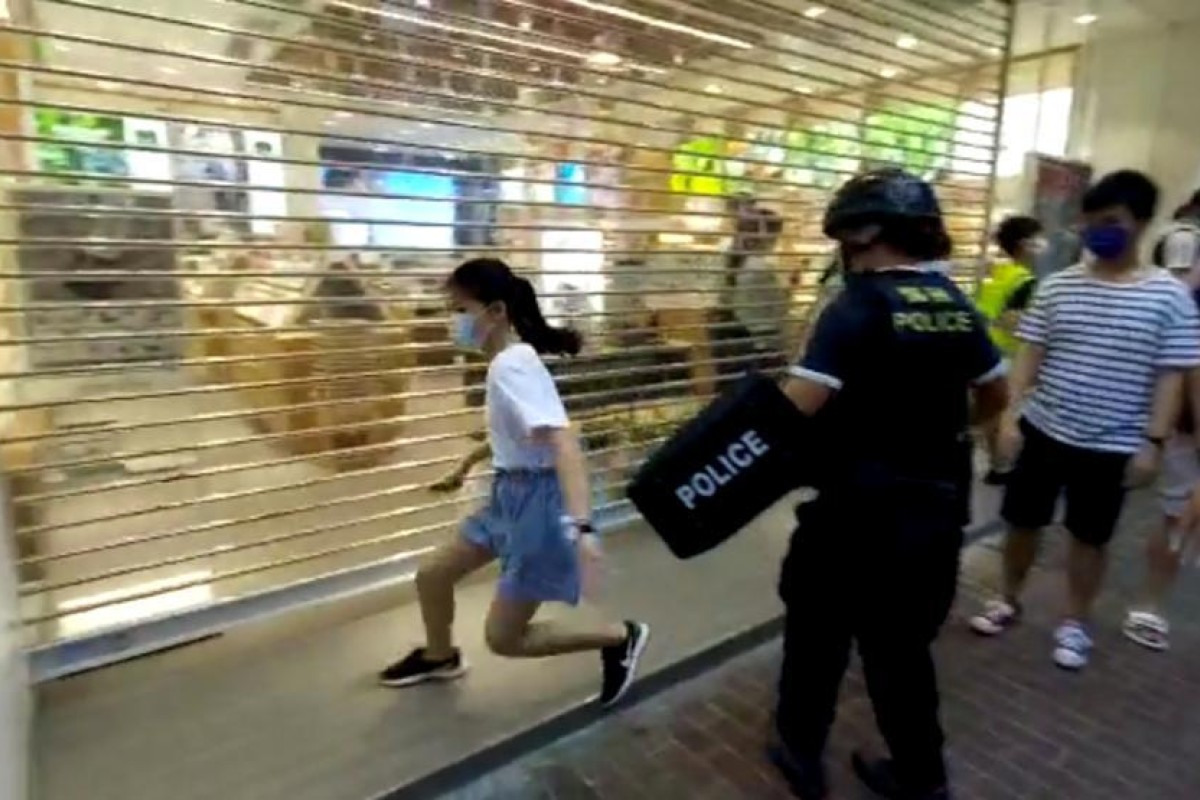 The young girl runs away from police during the protest in Hong Kong on Sunday. Police claimed she was behaving suspiciously. Photo: Reuters

Human rights advocates are concerned about what they call "increasingly aggressive" policing tactics in Hong Kong after an officer tackled a 12-year-old girl and pinned her to the ground during anti-government protests on Sunday.

Although the young girl was not among nearly 300 people arrested that day, images of her being restrained on the streets of Mong Kok angered advocates for women’s and children’s rights, coming just days after officers knocked over a pregnant woman blocks away before using pepper spray.

During the rally in Kowloon on Sunday, police unleashed rounds of pepper balls and pepper spray. Plain-clothes officers wrestled demonstrators to the ground, while water bottles were thrown at police wielding batons who went after other protesters. The response has raised concerns officers were using excessive force at a disturbance much smaller than what regularly occurred during last year’s social unrest.

A police insider said the force used a pre-emptive approach by making early arrests, preventing the demonstration from plunging into further violence.

But an expert struck a more cautious tone, saying the move risked innocent people being detained, and did little to rebuild the police’s image, battered by accusations they used excessive force during the months-long anti-government movement last year.

Sunday’s demonstrators were answering anonymous online calls to protest the Beijing-enacted national security law and the delay of the Legislative Council elections, which the government postponed for a year, citing health risks during the coronavirus pandemic.

Press freedom under threat as journalists forced to self-censor

Activists could be heard chanting “Liberate Hong Kong; revolution of our times”, a slogan that could run afoul of the new law. Police estimate about 1,000 people took part in the illegal protest, and by day’s end, 289 arrests were made.

The scene involving the 12-year-old girl was caught on video and circulated online. It shows her trying to run from police on Sai Yeung Choi Street South, but the officer grabs her and pins her to the ground with his knee. She was later fined for violating social-distancing rules, along with her brother.

In a statement released later, police said she was acting “suspicious”. The force insider said the girl and her brother were briefly held, along with six others, after repeated warnings to disperse. But the girl said during press interviews she was merely there to buy painting tools.

New ESF guidelines say school is "not a safe space"

“They could have just stopped her or used other means instead of tackling her to the ground,” Wong said.

Wong Chi-yuen, a community officer with the Society for Community Organisation, said such an experience could harm a young person both mentally and physically. Police should have exercised greater judgment to determine whether the girl was a protester before taking action, he said.