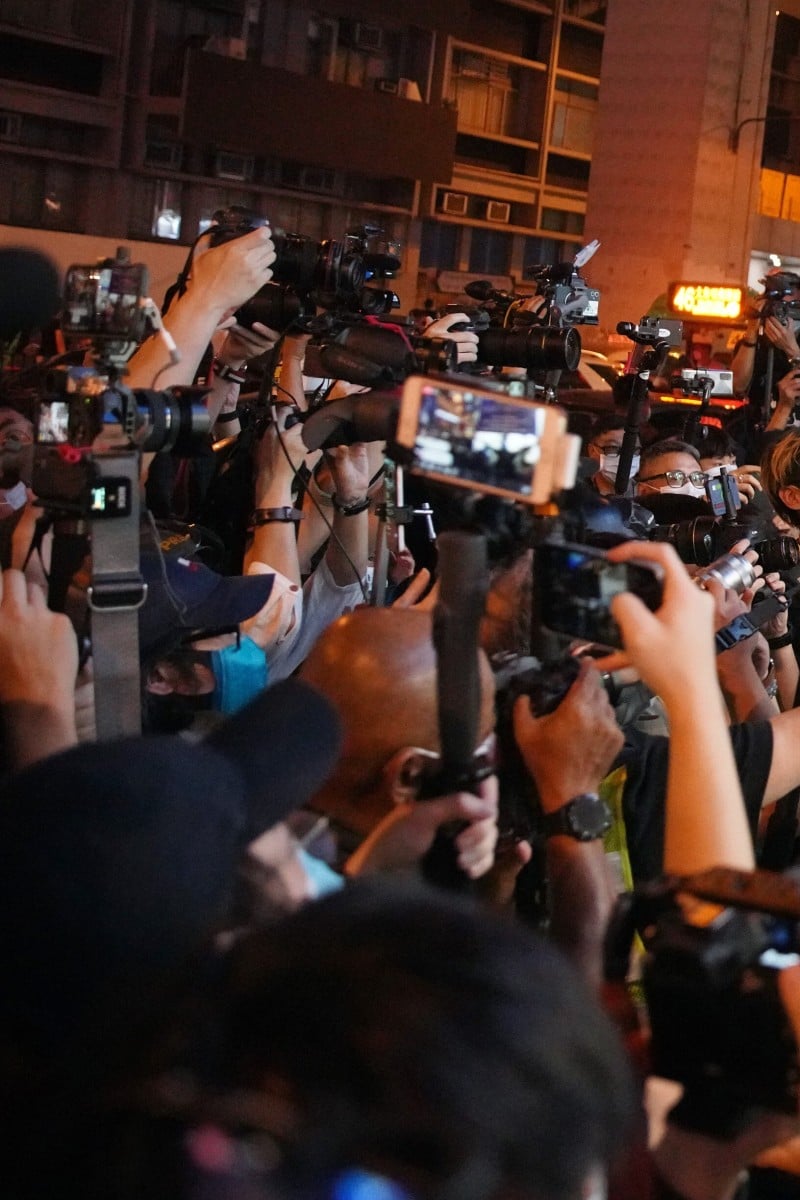 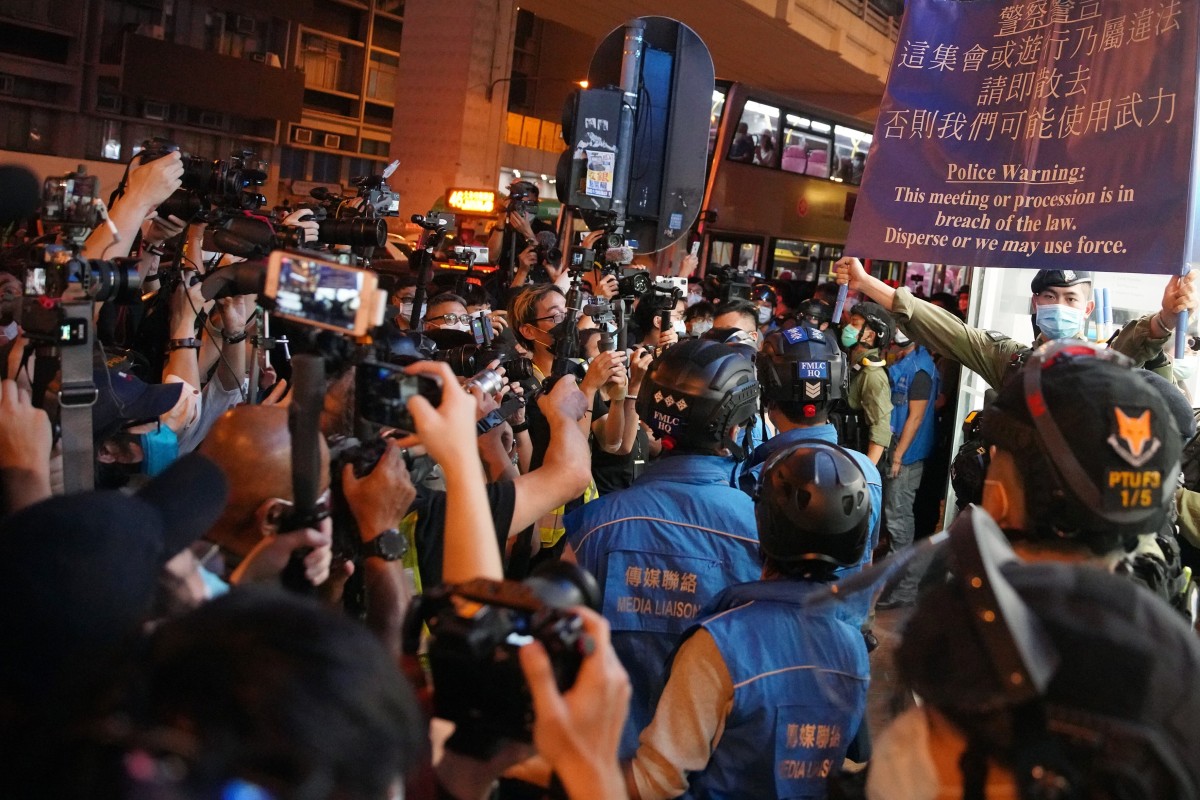 A viral video of police tackling a 12-year-old girl in the streets of Hong Kong has drawn fire from multiple children’s rights groups.

During the rally in Kowloon on Sunday, police unleashed rounds of pepper balls and pepper spray.

Plain-clothes officers wrestled demonstrators to the ground, while water bottles were thrown at police wielding batons who went after other protesters. The response has raised concerns officers were using excessive force at a disturbance much smaller than what regularly occurred during last year’s social unrest.

The scene involving the 12-year-old girl was caught on video and circulated online. It shows her trying to run from police on Sai Yeung Choi Street South, but the officer grabs her and pins her to the ground with his knee. She was later fined for violating social-distancing rules, along with her brother.

Billy Wong Wai-yuk, executive secretary of the Hong Kong Committee on Children’s Rights, called the officer’s actions “unacceptable”, saying the video footage showed the girl was a minor and unarmed.

“They could have just stopped her or used other means instead of tackling her to the ground,” Wong said.

The Boys’ & Girls’ Clubs Association of Hong Kong called for a fair and transparent investigation into the incident.

“Professionally trained law enforcement should take into account the environment on site when taking action against child subjects,” they said in a statement.

“[They should] preserve children’s rights to the maximum extent possible and strictly follow the Convention on the Rights of the Child, which was enacted by the Hong Kong government to protect children from harm,” the group said, adding that children should protect themselves by leaving sites of violence.

Kid’s Dream, another children’s rights advocacy organisation, strongly condemned the ‘use of excessive force’ during the stop that may have caused psychological trauma to the girl.

They called on the police to fulfil their duties under the Convention, which say: ‘The arrest, detention or imprisonment of a child shall be in conformity with the law and shall be used only as a measure of last resort and for the shortest appropriate period of time’. They also called on them to maintain restraint and calmness, as well as publicise the relevant portions of the Police General Order that govern the treatment of minors, and review if they can effectively protect children’s rights.

In a statement released later, police said the girl was acting “suspicious”. A police source said the she and her brother were briefly held, along with six others, after repeated warnings to disperse the area. But the girl said during press interviews she was merely there to buy painting tools.