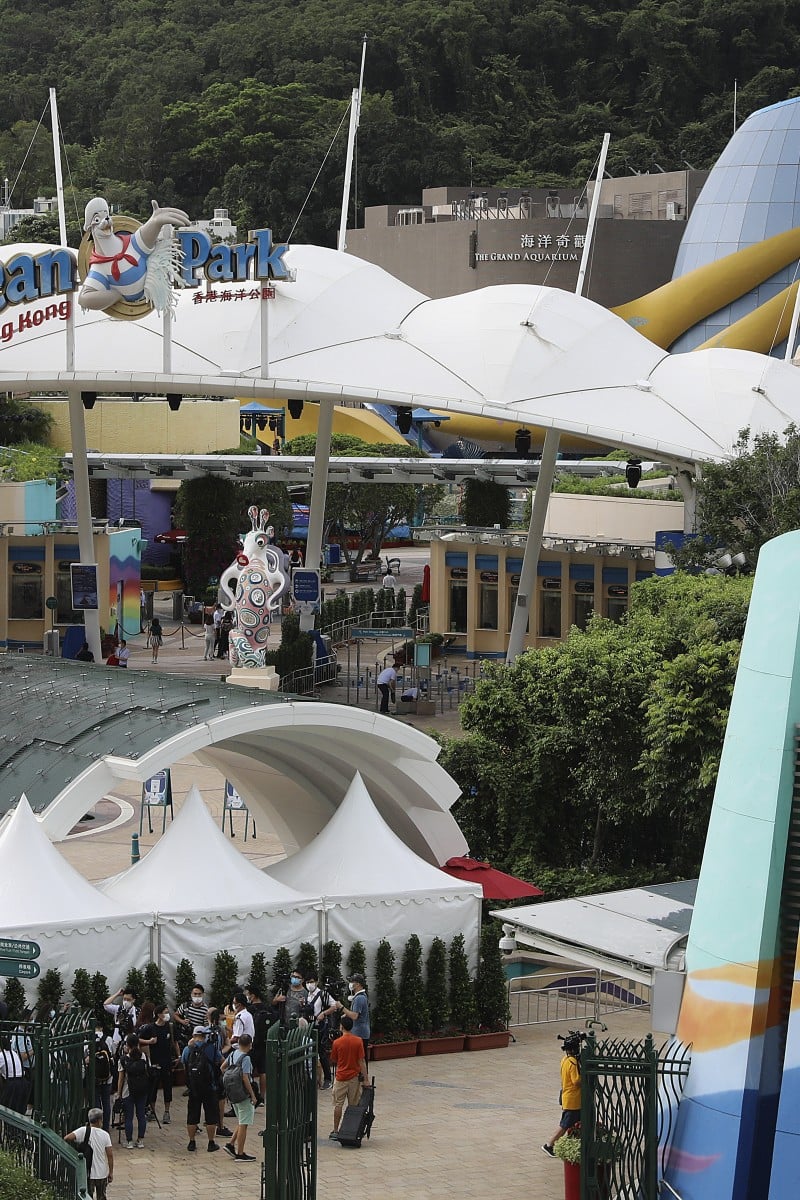 Coronavirus: Disneyland and Ocean Park to reopen, as well as swimming pools and bars 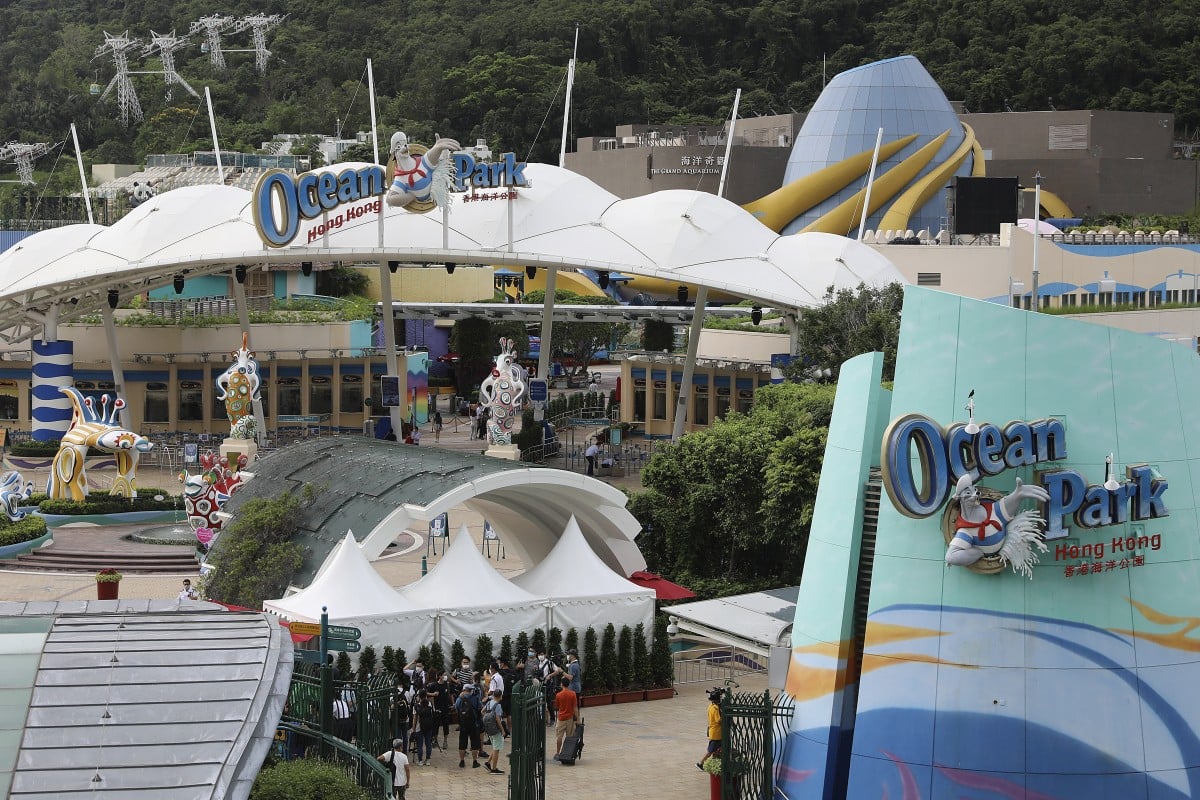 Ocean Park and Disneyland will be allowed to reopen under the government's new social distancing measures on Friday. Photo: SCMP/ Sam Tsang

Swimming pools and bars will reopen from Friday, with senior government officials expected to further relax social-distancing rules brought in to combat the coronavirus.

Government beaches will remain closed, given the higher risk of close contact, but swimming pools will be allowed to operate at half capacity, a source familiar with the policies said.

Drinks after work would also be allowed, but the pubs must close after midnight, the source added.

The city’s two theme parks, Ocean Park and Hong Kong Disneyland Resort, will also reopen at the end of the week as expected, after the possibility was raised by commercial minister Edward Yau Tang-wah last week.

“Basically all scheduled premises will reopen with certain restrictions,” the source said.

The city’s leader, Carrie Lam Cheng Yuet-ngor, and senior officials are expected to reveal further details of the measures in the afternoon, and to comment on the findings of the mass testing programme, which ended on Monday.

Lam is also expected to introduce the third round of the city’s anti-epidemic fund.