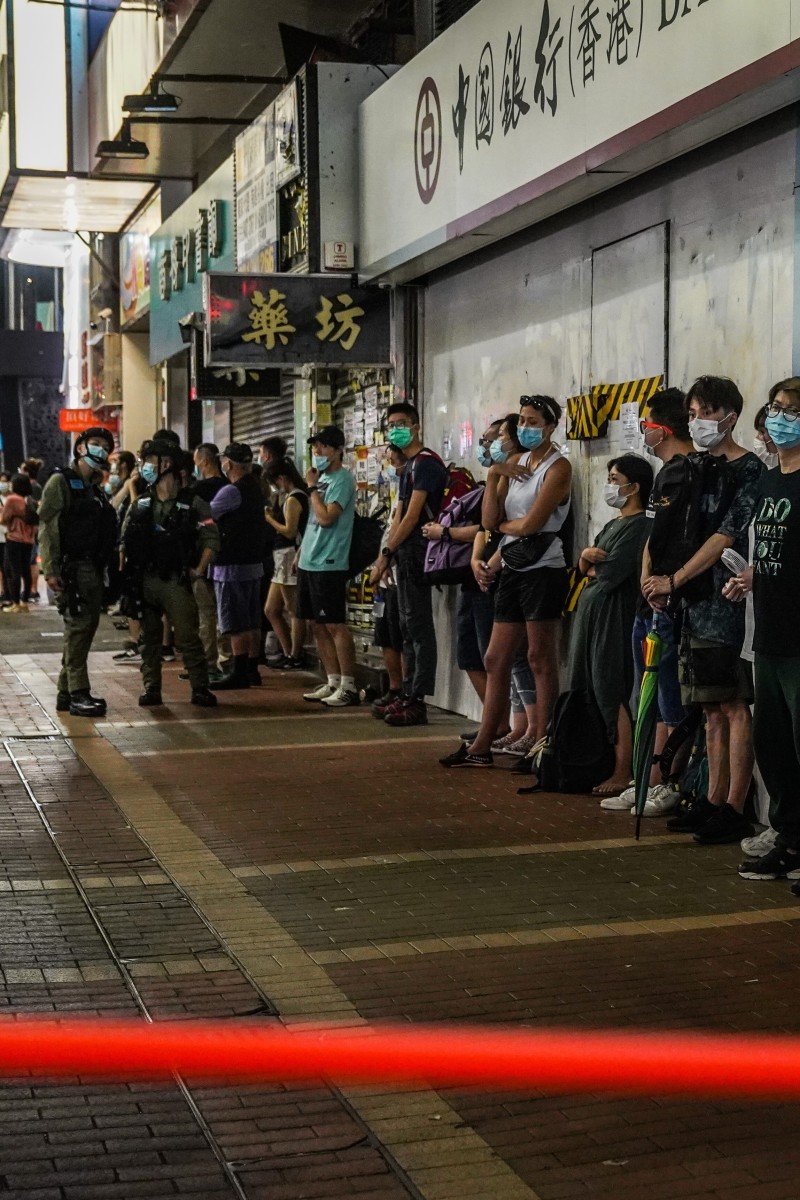 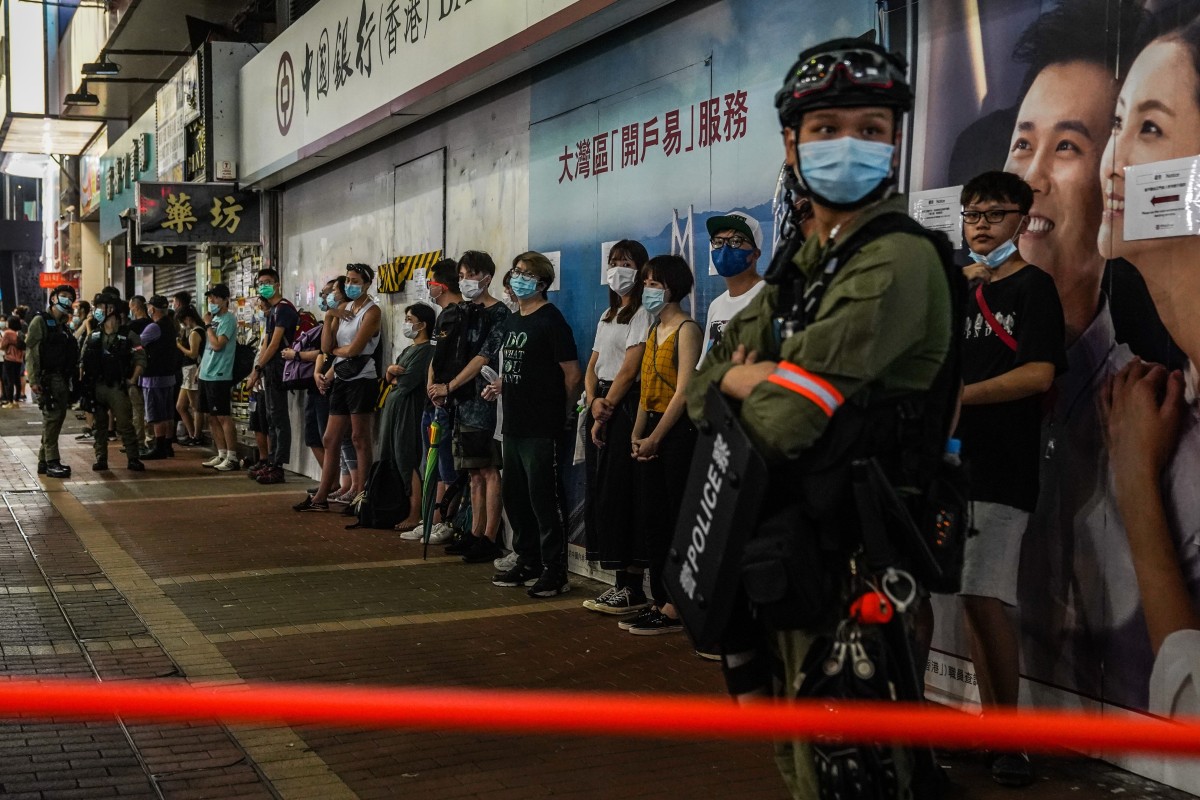 People stand in line wearing protective face masks as they are stopped and searched by riot police during a protest in Hong Kong. Photo: Bloomberg

The Civil Human Rights Front has applied for a letter of no objection from the police for a protest march from Causeway Bay to Central on National Day, October 1.

The Front, which was the organiser for previous large marches during the anti-extradition bill protests last year, does not expect to succeed in the application.

Speaking to the press before meeting the police, conveyor Jimmy Sham Tsz-kit described recent arrests at protests for breaking Covid-19 social distancing rules as “utterly unreasonable” and the government’s ban on gatherings as an excuse to suppress demonstrations rather than fight the epidemic.

“In Hong Kong, there are too many concerning issues,” Sham said. “The collapse of the justice system, the attacks on the education system, the narrowing of press freedom, the loss of our right to protest, they are all important issues ... but there are also our friends suffering under the regime, especially the 12 Hongkongers not in Hong Kong.”

Sham was alluding to the events on August 23, when 12 were arrested by the China Coast Guard when they were believed to be heading to Taiwan to seek political asylum. They have been labelled separatists by a foreign ministry spokesperson.

Students in Hong Kong worry about the national security law

The Front intends for the march to begin at 2pm, going from East Point Road in Causeway Bay to Pedder Street in Central. They have advised potential participants to take health precautions, such as taking their temperature before going, wearing masks, using hand sanitizer and only marching in groups of four with a distance of 1.5 metres between groups, in line with the government regulations.

The government has already announced that social distancing measures, including a ban on gatherings of more than four, will be in force through October 1.

After the meeting, Sham called it ‘a formality’ and said the Front expected an objection at ‘warp speed’.

“If the Hong Kong people still had the right to protest, I fully expect there would be millions on the streets once again,” he said, pointing out there have been no legal marches for “eight or nine months”.

“But now the police are using every bit of their power to stop all protests.”