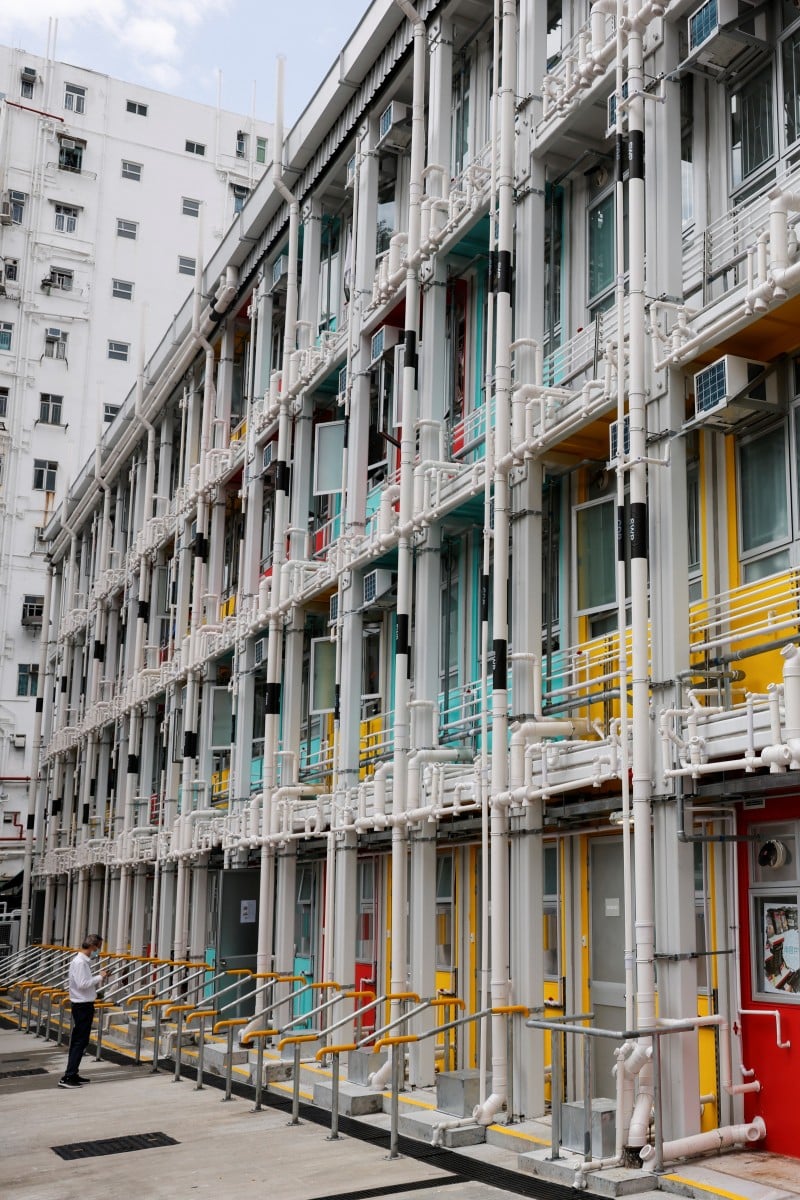 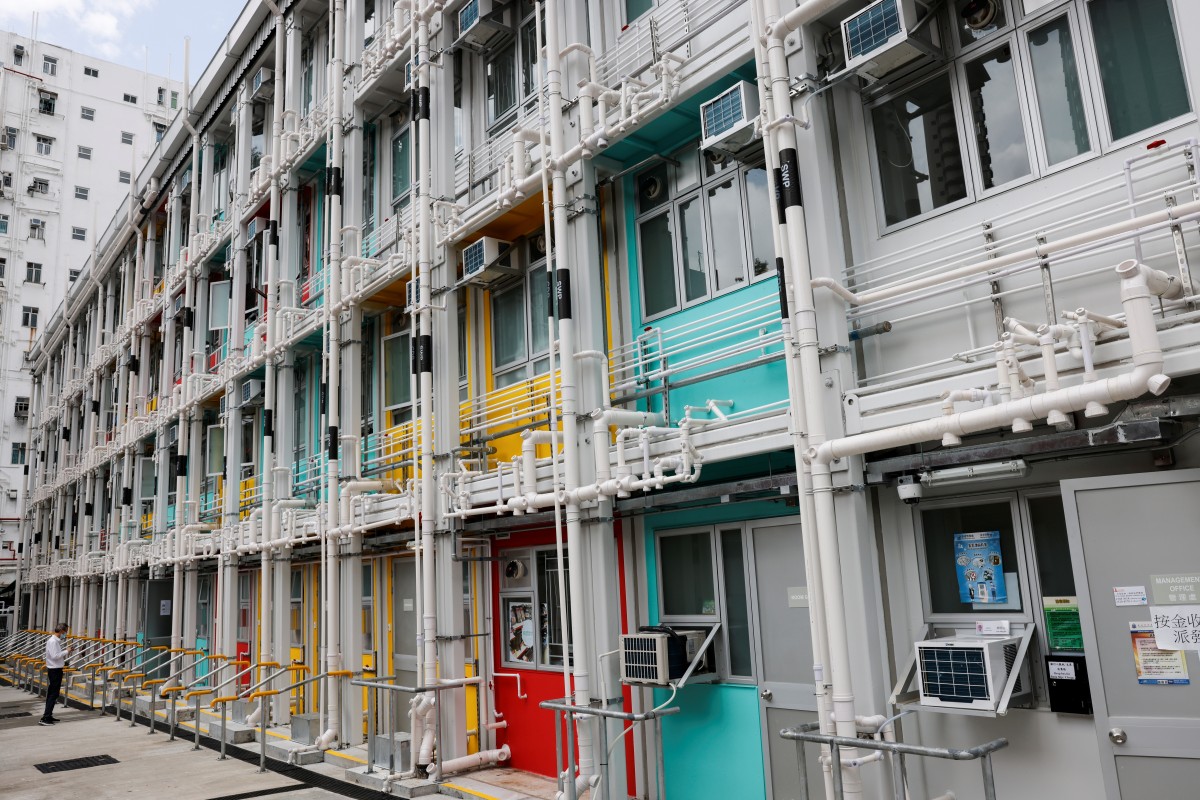 A view of the government's newly-built four-story "module homes" building made from pre-fabricated parts in Shek Kip Mei. Photo: Reuters

When Lau Kai-fai, his wife and teenage son moved into a new Hong Kong flat last month, he thought the 290 square feet of space in his “module home” felt like “winning the lottery.”

Among the first Hongkongers to move into such prefabricated dwellings, built as a transition for people awaiting public housing, Lau’s family more than tripled the space they had squeezed into. Now they sit together for meals, rather than eating in turns.

While tiny by the standards of many cities in rich countries, the new home represents a big step up - even if temporary - for Lau, 70, in one of the most crowded urban areas in the world.

“It feels like a home,” Lau said. “The previous flat was only a place to sleep.”

Lau is the beneficiary of Hong Kong’s latest initiative to ease a housing shortage, where more than 200,000 people living in subdivided flats are waiting an average 5.5 years to get public housing.

Transitional homes are built on idle land leased by the government or private developers for only a few years, although the prefab modules can be moved and reused.

The 2018 plan only scratches the surface of the needs of one of the world’s most unequal cities: more than 1 million of the 7.5 million people in this opulent financial hub live in poverty. As of June, 800 transitional homes had been built of 15,000 planned over the next three years.

But for the Lau family, the flat in a four-storey building in one of the oldest and poorest districts in central Kowloon is luxury.

Their previous flat, one of many in Hong Kong dubbed “coffin homes,” had cost around HK$5,000 a month in rent. Now the family pays HK$3,000 - 25 per cent of the income of the retired Lau’s wife, Tian Jiayu, the family breadwinner who works in a supermarket.

They finally have a place where their son does his homework at a desk rather than in bed.

The door to the white, container-shaped dwelling opens onto a bunk bed. A wardrobe separates the bed from the living room, where a rotating chair doubles for computer work and dining. Twelve steps from the entrance, at the end of the flat, stands the mini-kitchen with a fridge, stoves and washer.

The move expanded the family’s floor space from 80 sq ft to 290 sq ft. They now live in two-thirds the median area of a home in crowded Hong Kong, at 430 sq ft.

One fifth of Hongkongers live below the poverty line: official report

Tian is happiest about the upgrade to mini-kitchen from gas stove.

The land for Nan Cheong 2020, the city’s first module home project, was leased by developer Henderson Land for HK$1 a month. The project was built by the Hong Kong Council of Social Service.

It was built from container-like blocks for only 40 per cent of the cost of building a public rental home, said Anthony Wong, business director of the nonprofit.

Lack of land and money are challenges to building more transitional homes. NGOs say the government is not doing enough. Hong Kong Chief Executive Carrie Lam is under pressure for housing solutions, including shoring up the transitional housing scheme.

“The problem is the government is acting like a middle man rather than taking the responsibility to develop it. They are relying on NGOs and developers to do that,” said Sze Lai Shan, community organizer at the Society for Community Organisation.

A spokesman for the Transport and Housing Bureau said the government launched a HK$5 billion funding scheme in June to support transitional housing projects by NGOs, which can come in many different arrangements and different ideas.

“We hope to ... allow different community groups to use their creativity as much as possible to provide diversified transitional housing projects,” he said by email, adding the government is facilitating short- and long-term “policies to increase housing supply, in order to address housing problem faced by low-income families.”

Lau and his family are allowed to live in the flat for two years.

“We hope we’ll get a public flat by then, if not there’s nothing we can do,” he said. “We’ll have to find a subdivided flat again.”