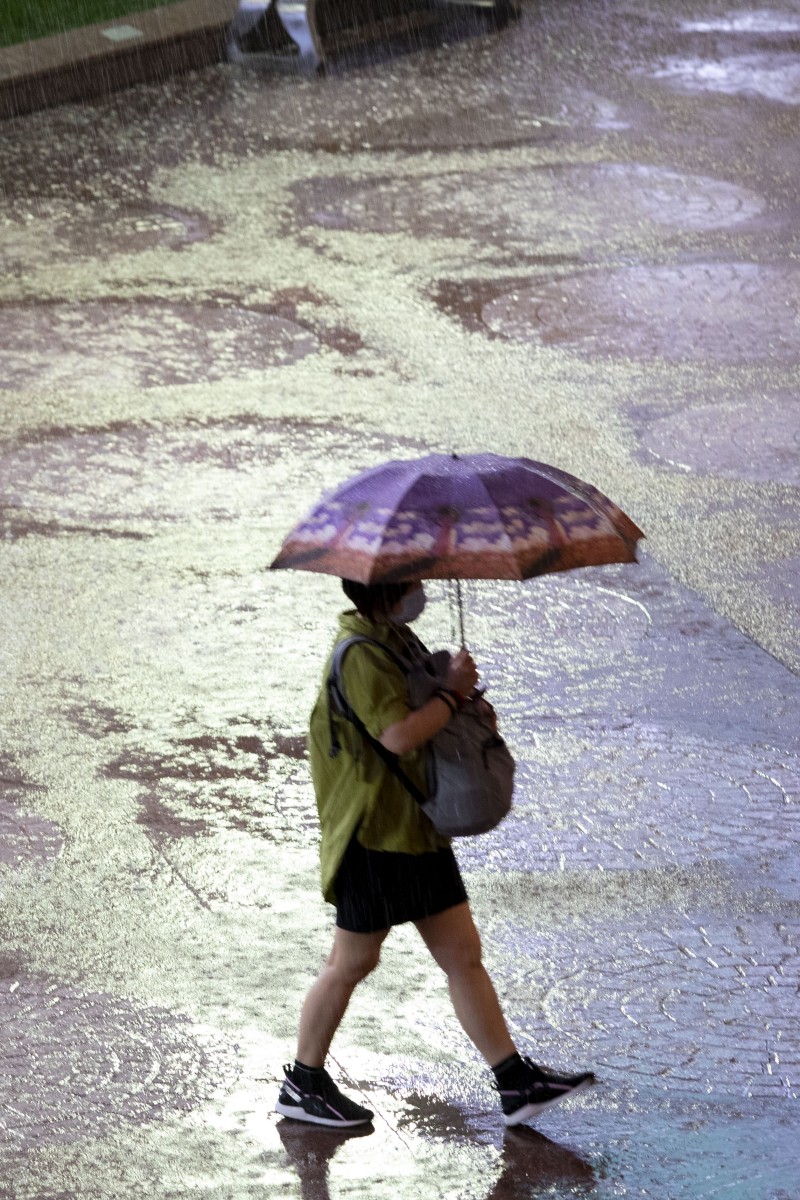 Wednesday night was WET. Who else got caught in the storm? Photo: SCMP/ Warton Li

The black rainstorm warning was raised on Wednesday night for the second time this year. It came into force at 8.10pm, indicating that very heavy rain at a rate of more than 70mm an hour had fallen or was expected to fall, with the harsh weather likely to continue.

The heaviest rain across the city was between 7.45pm and 8.45pm, during which time as much as 86mm of rain was recorded in Tuen Mun region. The black warning was lowered to a red signal at 9.25pm.

The thunderstorm warning was also raised. According to the Hong Kong Observatory website, there was a total of 3,544 lightning strikes across the city between 5pm and midnight on Wednesday.

At the height of the storm, streets in Ngau Tau Kok were severely flooded with pedestrians stranded briefly. Some streets around Young Post HQ were also struggling to drain, with ankle-deep water on several roads. The Observatory warned of flash floods, advising the public to seek shelter in a safe place.

The forecast for the long weekend is mainly cloudy, with sunny intervals and a few light rain patches. The temperature is expected to drop slightly next week.