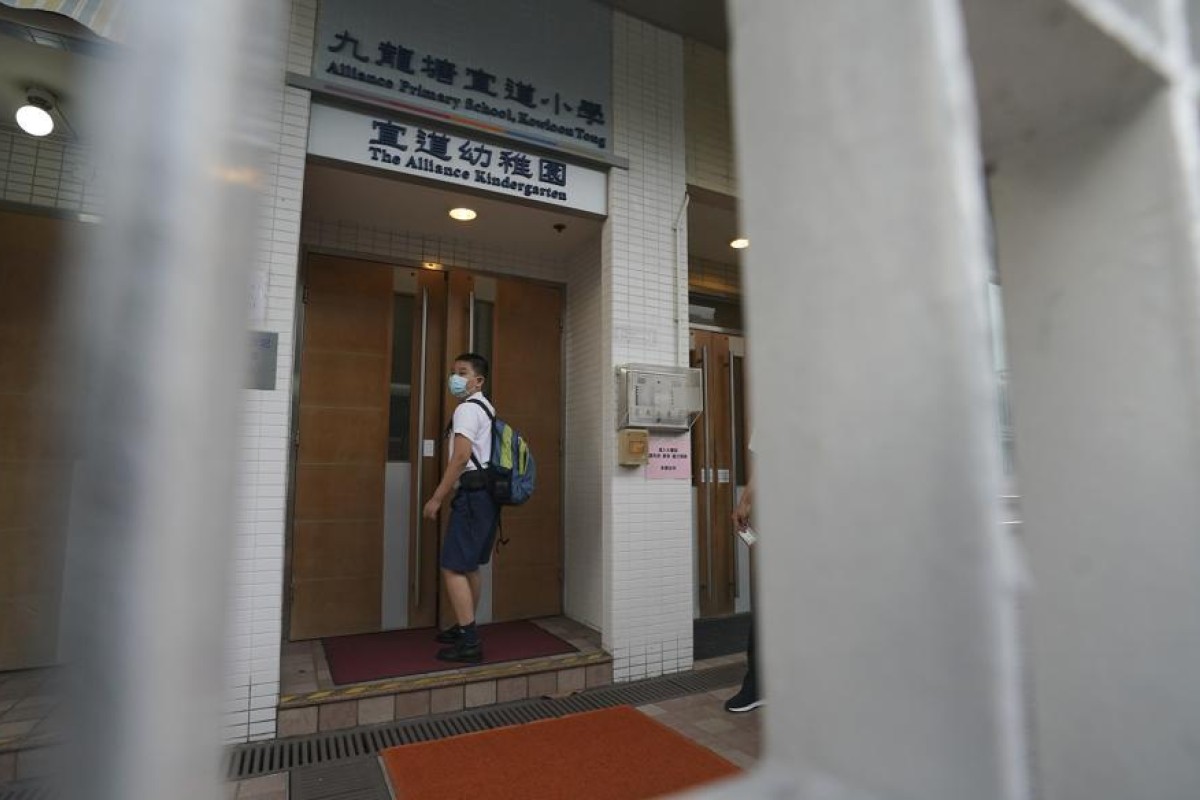 Hong Kong's secretary for education said that a teacher's deregistration for creating lesson plans that mentioned Hong Kong independence was not a free speech issue, as other examples could have been used to make a similar point.

Kevin Yeung Yun-hung’s defence of the move came as the chairman of a primary school heads alliance said the Education Bureau’s decision had “caused waves in the sector” and was disagreed with by many.

Although Alliance Primary School students interviewed by officials denied the class had led them to support Hong Kong independence, Yeung on Wednesday insisted that was “not the point”.

“There are many other examples that could be used to discuss freedom of speech,” Yeung said on a local radio programme.

“In the lesson plan, almost 50 minutes was spent discussing the Hong Kong National Party and its manifesto and the conclusion even mentions Taiwan, Xinjiang and Tibetan independence. You have to question why the example used would be a banned organisation,” he said, referring to the separatist party, which was outlawed by the government in 2018.

The Education Bureau announced late on Monday night it had stripped the teacher who wrote the lesson plan of his registration, accusing him of “spreading the idea of Hong Kong independence” in violation of the Basic Law, the city’s mini-constitution. It marked the first time a teacher had been deregistered for misconduct.

Education secretary Kevin Yeung on Wednesday defended the decision to strip a teacher of their registration for discussing Hong Kong independence in a lesson plan. Photo: SCMP/ Dickson Lee

An internal investigation concluded the other staff members involved were not advocating Hong Kong independence, but authorities issued reprimands and warnings to the principal, vice-principal and the three teachers who administered the lesson plans for lax supervision, eventually moving to deregister the educator who created them.

A source said that education officials had visited the school and interviewed students about the lesson. On Wednesday, Yeung confirmed the visit but did not confirm if they had spoken to students.

“But whether the students support Hong Kong independence is not the point. While they can collect information from different sources and reach their own conclusions, this does not mean the topic is appropriate,” Yeung said.

The education minister also defended the investigation process, saying the teacher in question had been given two opportunities to send in written explanations, noting he could still appeal if he was unhappy with the decision.

However, the deregistration has been widely criticised by the education sector. Cheung Yung-pong, honorary chairman of the Aided Primary School Heads Association, told a radio programme on Wednesday the decision had “caused waves in the sector”.

“We knew something like this was coming, we just did not think it would happen to a primary schoolteacher,” Cheung said. “Many of the primary school heads contacted me and said they disagree with the decision.”

Cheung said he hoped the government would hold discussions with teachers in the field about appropriate penalties for different situations rather than resorting to deregistration.

Opposition lawmaker Ip Kin-yuen, meanwhile, of the 100,000-strong Professional Teachers’ Union, said even if an appeal failed, the union would seek a judicial review.