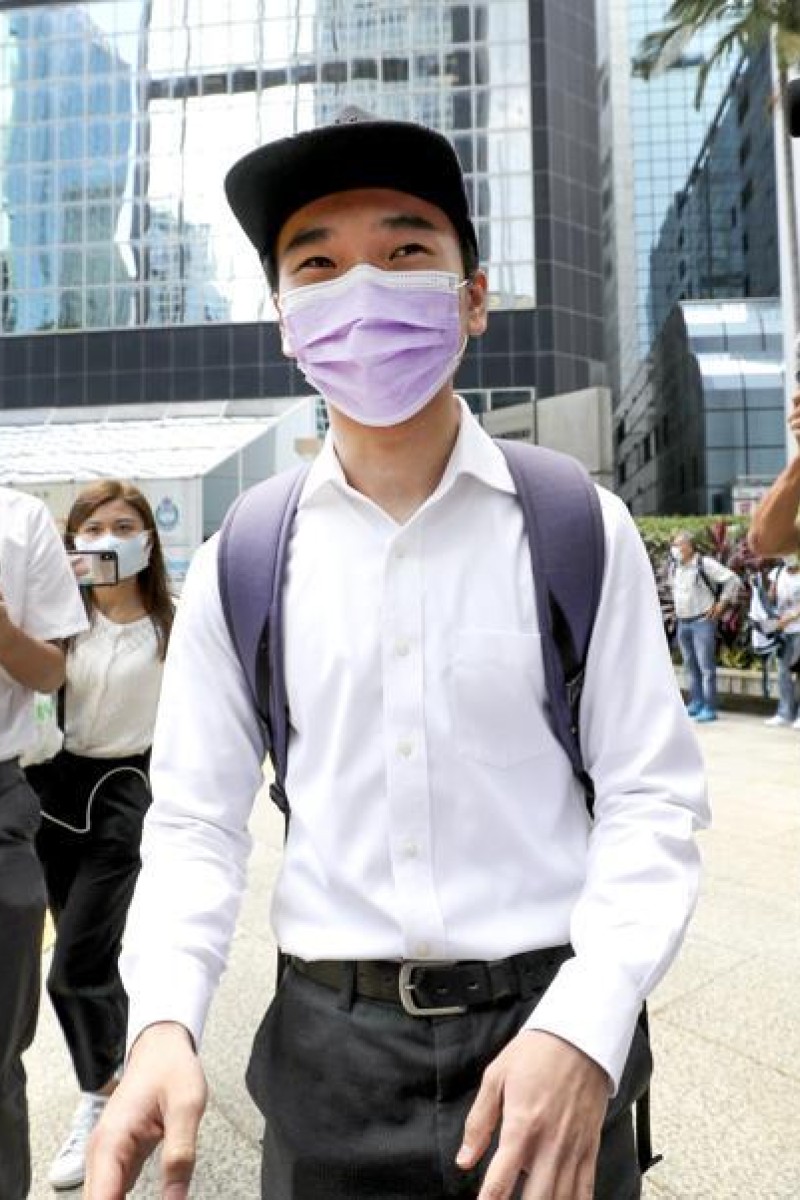 Hong Kong protests: first demonstrator shot with live round by police may plead guilty to rioting Tsang Chi-kin, who survived being shot by police, appeared in court charged with rioting and two counts of assaulting police. Photo: Handout

The first Hong Kong protester shot with a live round by police during last year’s anti-government protests may plead guilty to a riot charge.

Prosecutors on Thursday told the District Court that they were negotiating details of the case with Tsang Chi-kin’s legal representatives, which could lead to a guilty plea from the 19-year-old.

The course of action was confirmed by Tsang’s defence counsel, Lawrence Lok Ying-kam SC, who agreed to the prosecution request to adjourn the case until December, saying that it would benefit both parties.

The student from Tsuen Wan Ho Chuen Yiu Memorial College faces one count of rioting, jointly charged with Polytechnic University student Yau Wang-tat, 27, over National Day protests in Tsuen Wan on October 1, 2019, the 70th anniversary of the founding of the People’s Republic of China.

He was also charged with two separate counts of assaulting police, which allegedly took place on the same day.

The SCMP understands that Tsang is inclined to plead guilty to a riot charge, but needs more time and negotiations to decide on the remaining charges.

He was the first demonstrator to be shot with live ammunition since anti-government protests broke out in the city in June last year.

Shortly before the hearing, Tsang said he had decided to plead guilty after discussions with his lawyers, believing it would be the “best decision”. “I am prepared for the worst case scenario of serving a prison sentence,” he said.

His co-defendant had yet to indicate his plea, as his defence counsel Anson Wong Yu-yat revealed that they only learned about Tsang’s position on Thursday.

Chief District Judge Justin Ko King-sau adjourned the case to December 22. Both defendants had their bail extended until their next court appearance.

Rioting is punishable by 10 years’ imprisonment, but the term is capped at seven years when the case is heard at the District Court.