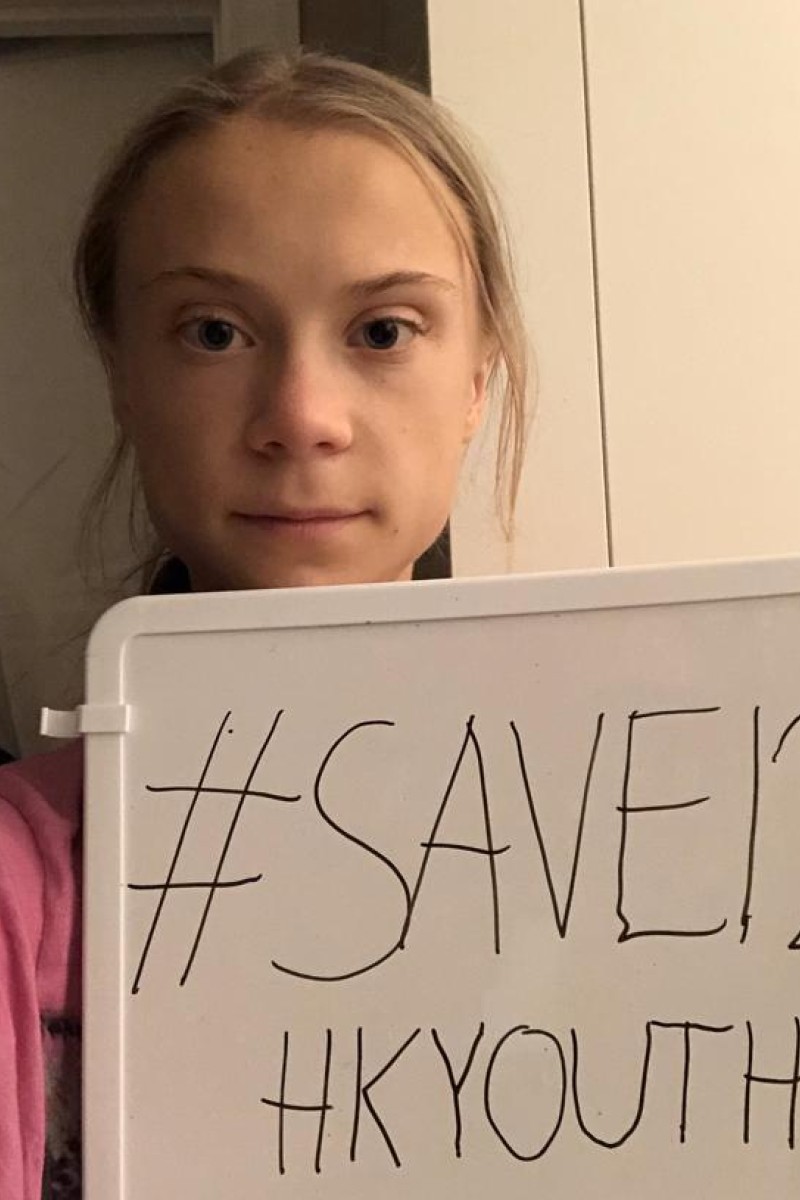 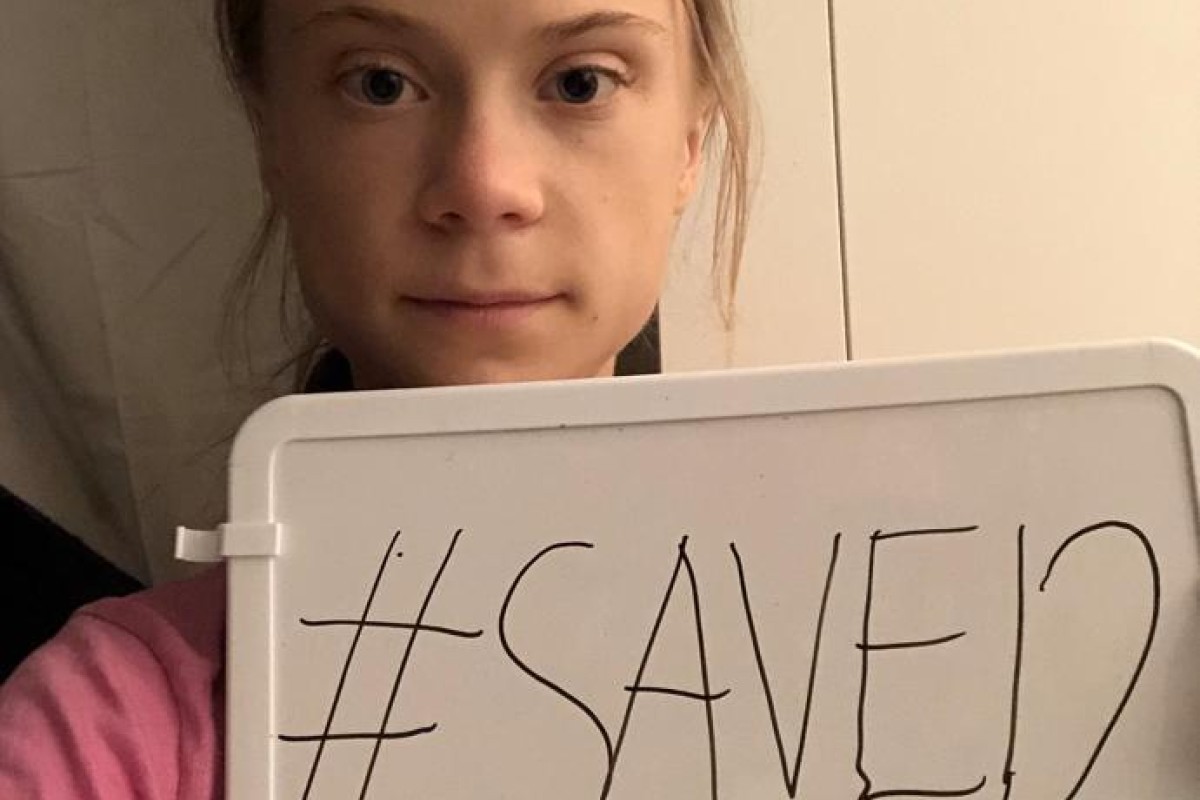 Teenage climate activist Greta Thunberg has joined a growing international list of campaigners and politicians demanding the release of 12 Hong Kong fugitives detained on the mainland after they were arrested at sea while fleeing to Taiwan.

The Swedish environmentalist shared on Twitter a picture of her holding a white board bearing the message “#SAVE12HKYOUTHS” in response to a direct appeal to back the cause from Joshua Wong Chi-fung, the poster boy of Hong Kong’s protest movement.

Thunberg, who was Time magazine’s 2019 Person of the Year, also wrote on the post that “12 is more than just a number” and nominated three other young climate activists﻿t support the group, who are being  held in Shenzhen. They are all wanted in Hong Kong to stand trial for offences allegedly committed during last year’s anti-government protests.

Mainland judicial authorities on September 30 officially approved the arrests of the 12 Hongkongers – captured on August 23 – on suspicion of illegal border crossing or organising such an act. They were apparently attempting to reach Taiwan by speedboat. The 12 have so far been prevented from meeting legal representatives of their own choosing.

Started last Wednesday by Hong Kong Watch founder Benedict Rogers and Hong Kong activist Joey Siu, the campaign Greta signed on to calls for the immediate return of the group to Hong Kong.

It also asks parliamentarians from across the world to lobby their respective governments to apply pressure on Beijing so the dozen have access to the lawyers they want, can contact their families and receive prescribed medication and other forms of treatment.

Organisers had called on the public to post a picture of themselves on Twitter with the campaign hashtag and inviting three others to do the same.