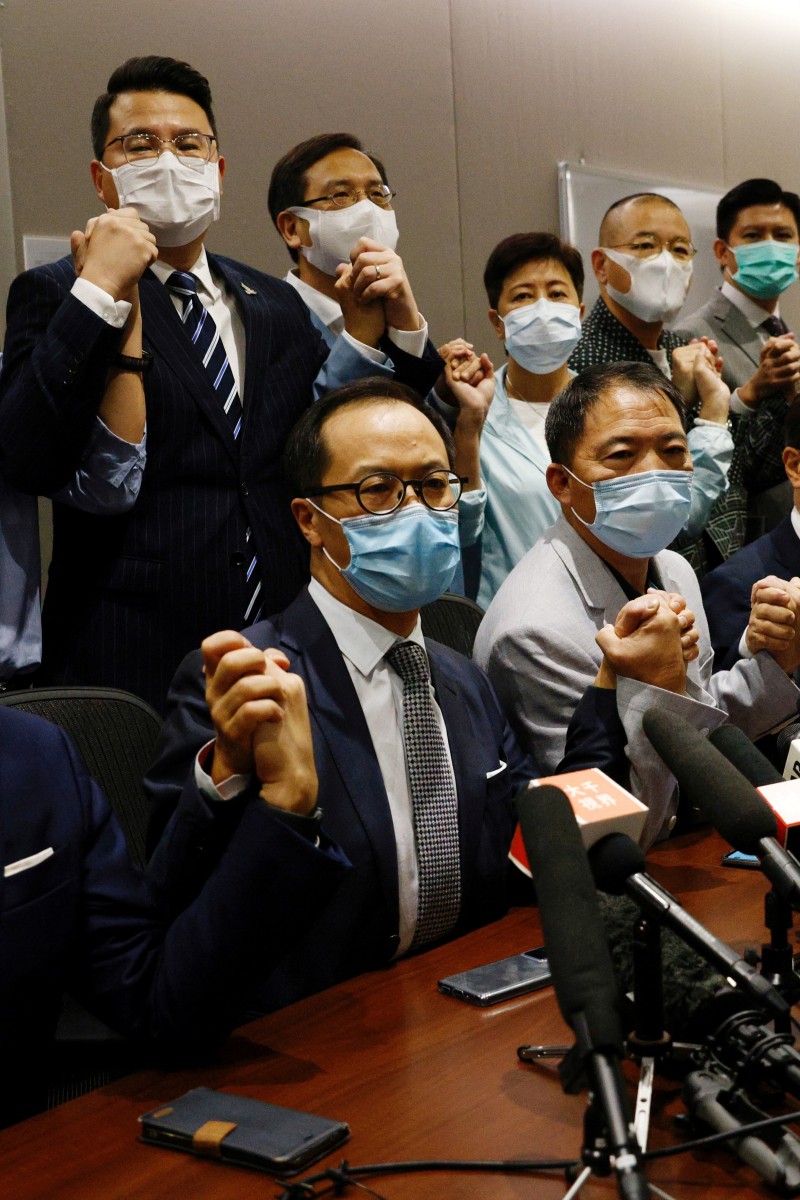 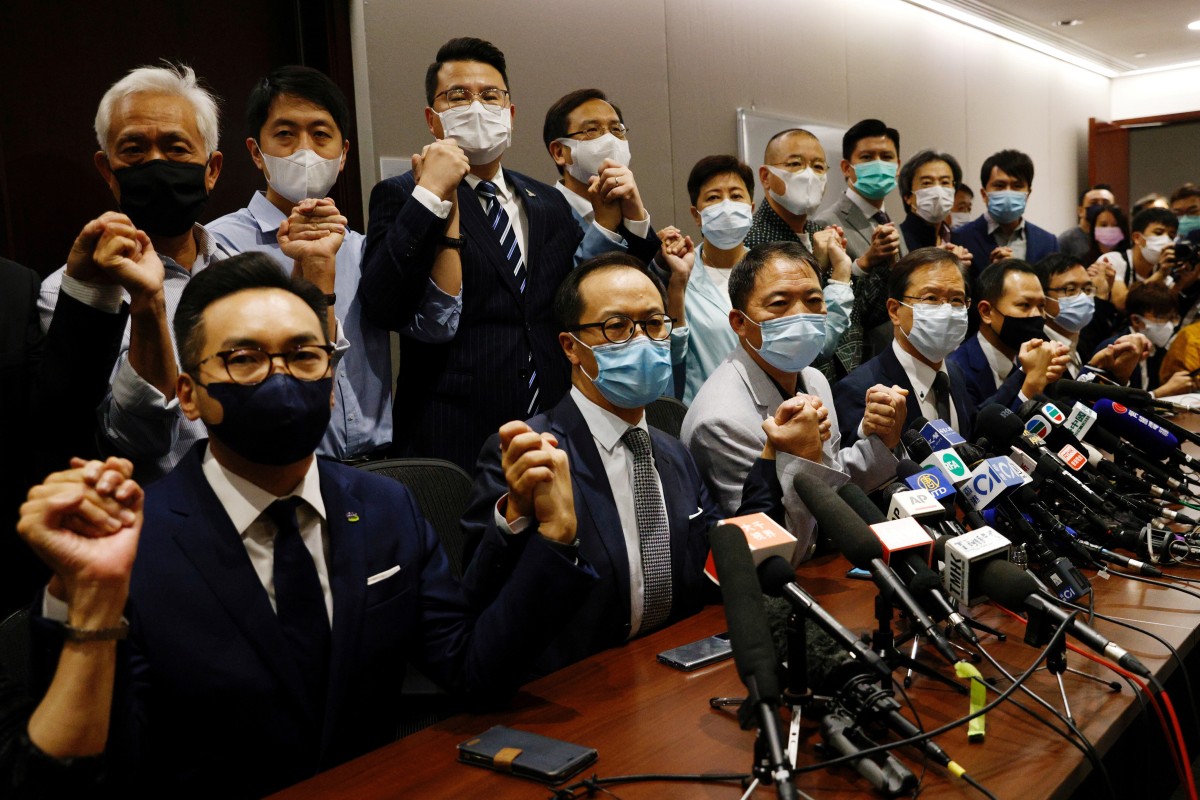 Pan-democratic legislators are set to hand in their letters of resignation on Thursday. Photo: Reuters

Hong Kong’s opposition lawmakers resigned en masse on Wednesday night after four of their camp were disqualified from Legco. The four legislators were ousted on Wednesday moments after a resolution was handed down by the National People’s Congress Standing Committee (NPCSC) that gave the government the power to disqualify politicians deemed a threat to national security.

Democratic Party chairman Wu Chi-wai said: “Today, we announce we will resign from our positions as our colleagues are being disqualified by the central government’s ruthless move.

Should Hongkongers living on the mainland be allowed to vote in Legco elections?

The mass resignation effectively leaves the city without any opposition party.

The four legislators are the Civic Party’s Alvin Yeung Ngok-kiu, Kwok Ka-ki and Dennis Kwok Wing-hang, and Kenneth Leung Kai-cheong of the Professionals Guild. In July, the quartet were barred from running in the elections which were due to happen in September. The elections were postponed until next year.

Included in the term “threat to national security” are those who support independence for Hong Kong, or refuse to acknowledge China’s sovereignty. The ruling also takes into account those who commit acts that threaten national security, or ask foreign powers to sanction or otherwise interfere in the city’s affairs.

Chief Executive Carrie Lam Cheng Yuet-ngor said on Wednesday there wouldn’t be any by-elections to fill the vacant seats, adding the next general poll would be held in nine months’ time.