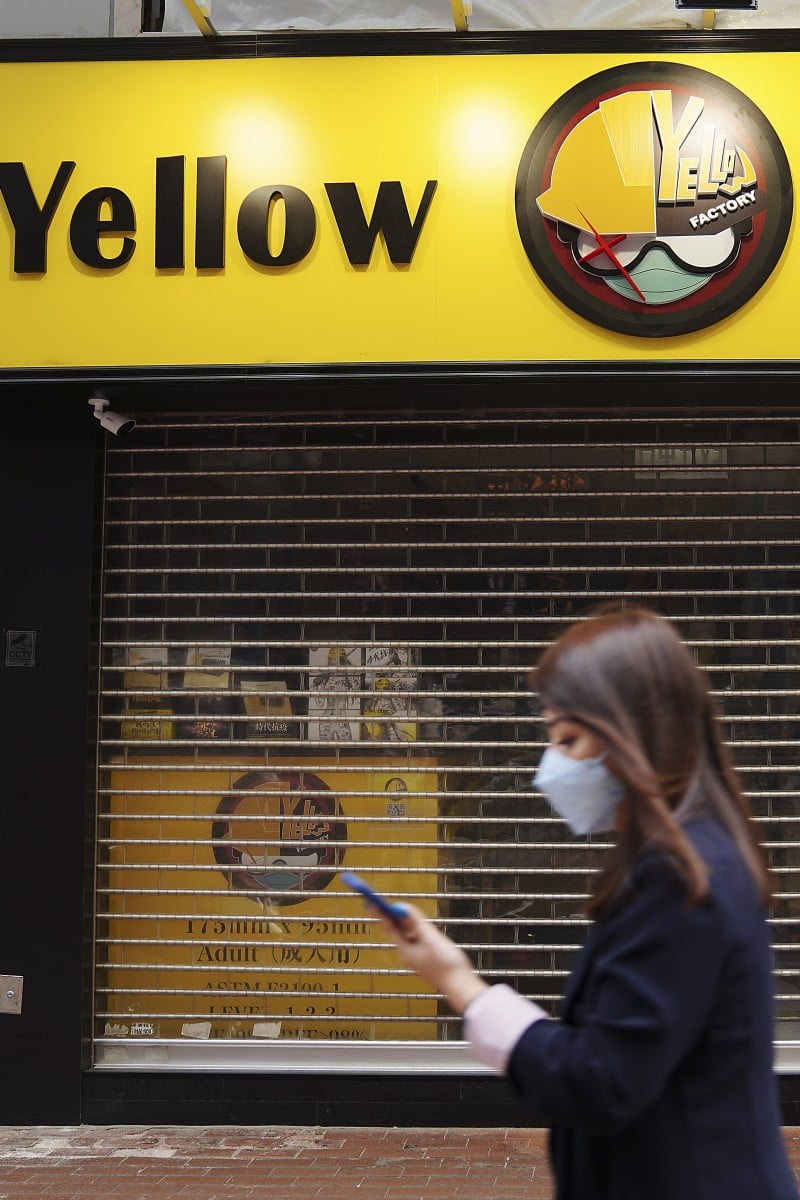 A Hong Kong mask manufacturer has stopped its business after pro-Beijing media accused it of possibly breaking the National Security Law.

Yellow Factory announced on its Facebook page on Wednesday that it would stop selling its masks online and in shops “temporarily”.

Articles run by several pro-Beijing media on Monday accused Yellow Factory, which was set up in April, of trying to “incite hatred and violence among young people”, and “prolong the idea of resistance”.

The reports cited as an example that the acronym FDNOL, which could refer to “Five demands, not one less”, was printed on some of the masks produced by the company, while the firm’s logo also looked like a protester wearing a yellow helmet and goggles.

Face masks seen at Yellow Factory in Mong Kok. Photo: Sam TsangThe packaging of the masks was also reported to carry the slogan “Get well Hong Kong; fight the virus of our times”, which, when spoken in Cantonese, sounds like the popular anti-government slogan “Liberate Hong Kong; revolution of our times”.

In a notice on its website, the company said: “Yellow Factory has no intention of violating the national security law. For the sake of employees and customers, we shall make internal adjustments.”

A visit by SCMP reporters to its store in Causeway Bay on Wednesday found it had closed.

The incident came amid concerns over what critics called a “white terror” of political repression spread by Beijing in Hong Kong, through the imposition of the sweeping national security law in June.