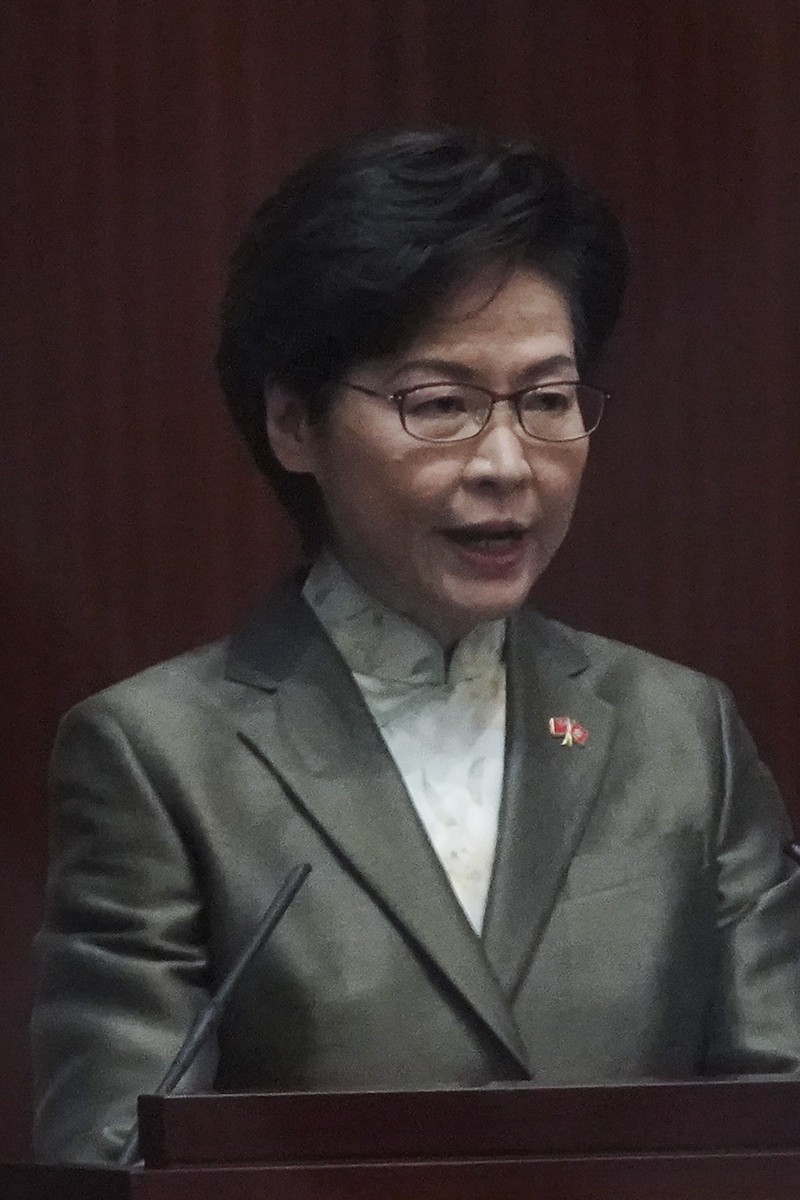 In the first policy address when Hong Kong does not have a viable opposition, Lam said Hong Kong is a “gaping hole” in China’s national security. The new national security law, which was imposed on June 30, had brought peace and stability to the city, she added.

What guidelines should schools follow under the national security law?

Lam said people who had incited lawbreaking over the past year could expect no favours from the judicial system. However, police could consider measures to help under-18 offenders, such as by giving them a caution rather than punishing them. This could only happen, she said, if those people were not involved in serious offences and admitted to their transgressions. They would also have to show that they were genuinely sorry for what they had done.

On the employment front, Lam encouraged young people to pursue a career in innovation and technology. She also announced a plan to create hundreds of jobs with large IT firms in Shenzhen through the Greater Bay Area (GBA) Youth Employment Scheme. Under the plan, companies operating in both Hong Kong and the GBA would be encouraged to hire graduates from Hong Kong universities to work within the GBA. The scheme will provide 2,000 places.

Fresh funding of HK$1 billion will also be injected into the city’s creative industries.

What do we mean when we talk about Covid-19 vaccine efficacy?

Regarding the pandemic, Lam said Beijing has asked Hong Kong to “take all necessary measures” to guard against imported cases and any surge in domestic infections.

Beijing would reserve a number of vaccines that had been developed or produced on the mainland for use in Hong Kong if necessary.

Lam added that Hong Kong could now test up to 100,000 people a day, and that the cost of testing had dropped significantly.

The address, Lam’s fourth, took an hour and 20 minutes to read, and contained more than 30,000 words.