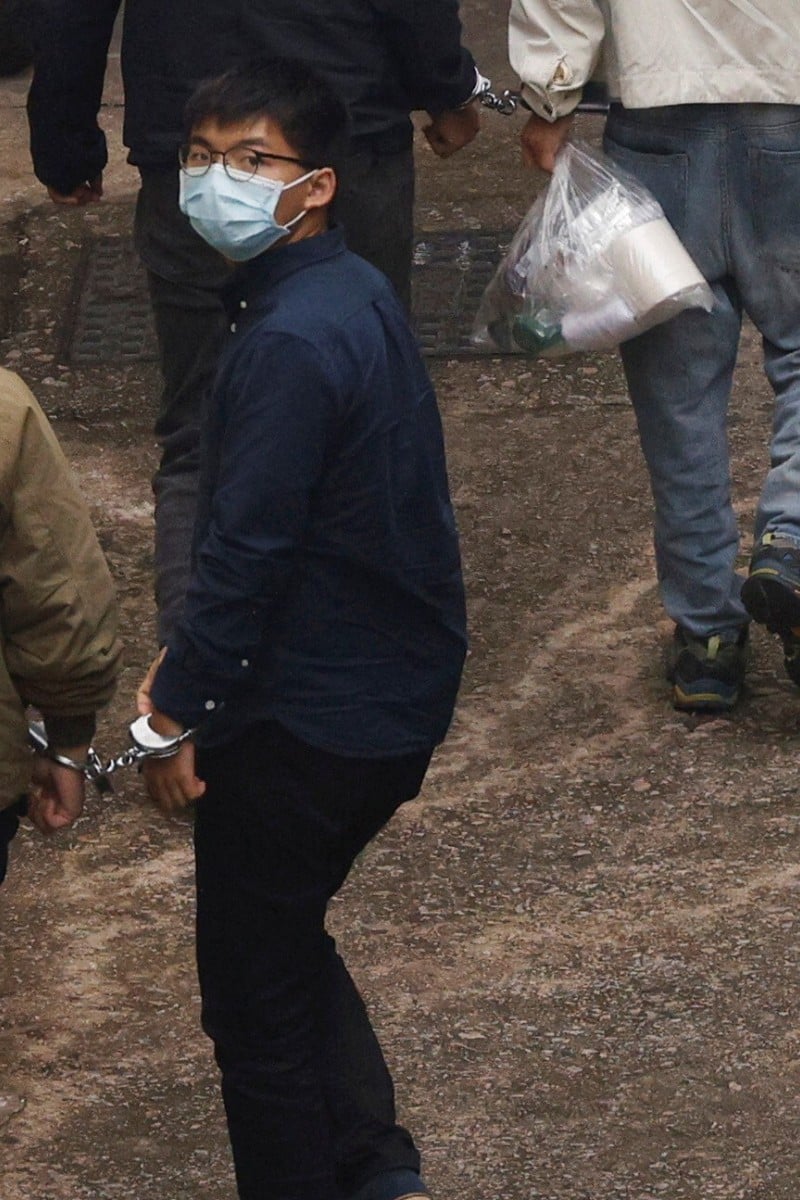 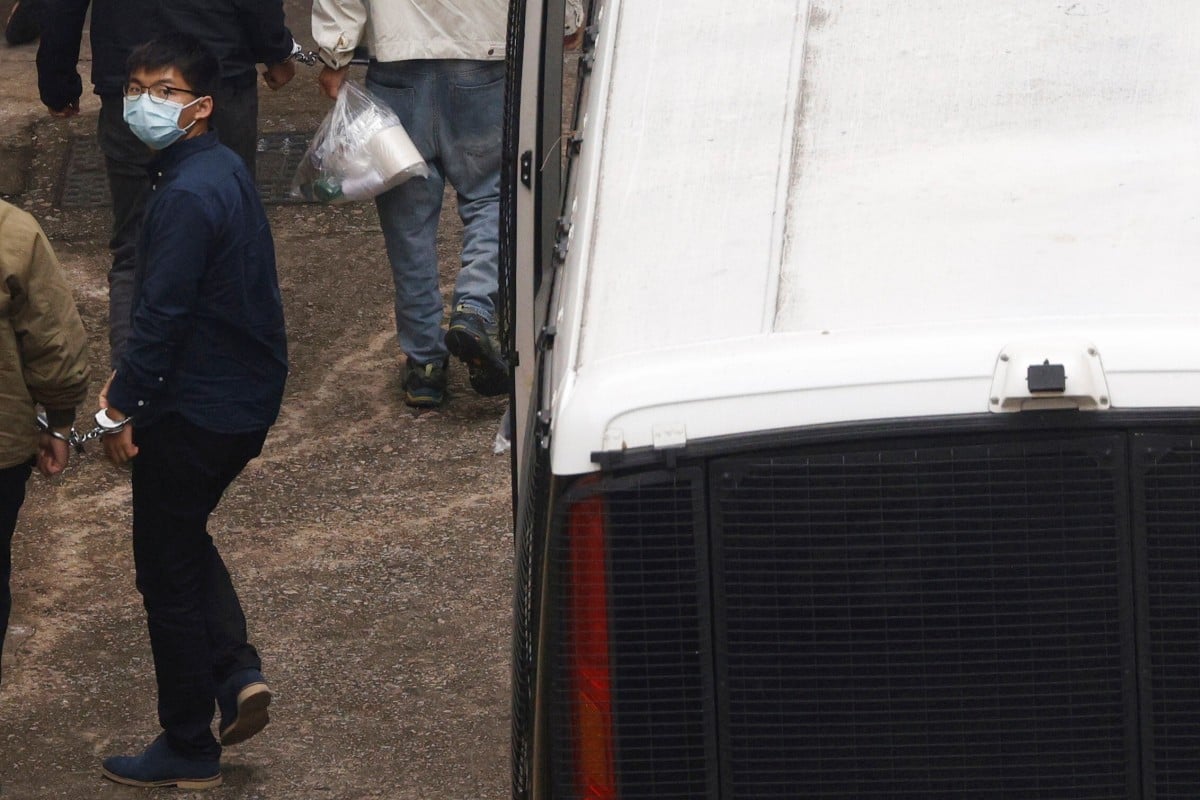 Joshua Wong was remanded in custody on Monday. Photo: Reuters

Joshua Wong Chi-fung was moved into solitary confinement after suspicions were raised when an X-ray reportedly revealed “a shadow” in his stomach.

The lights in the room at Lai Chi Kok Reception Centre will be on 24 hours a day and he will only be allowed to leave it if he has a visitor.

The Hong Kong activist was remanded in custody on Monday after he pleaded guilty to charges of organising and inciting an unauthorised assembly near police headquarters on June 21 last year.

The 24-year-old’s social-media administrator wrote on his Facebook page on Tuesday night that the activist was being kept in a single cell of the centre’s medical ward after X-ray images showed a “foreign object in his abdomen”.

“We do not know the situation well as the Correctional Services Department refused to show the images to Wong,” the post read. “The authority said the examination process could take three to five days. Until then, Wong needs to stay in the single cell.”

According to the post, that meant leisure time in the recreation area would not be allowed, as Wong had to stay in the cell unless there was a visitor, and the room would have a light on around the clock.

What to do if you are arrested: a guide to your rights

“It is unclear what the shadow could be,” the source said. “Maybe he has swallowed something or maybe not. We need to examine his excretion and it will take several days.”

The Correctional Services Department introduced low radiation X-ray body scanners at all its institutions in 2012 to help officers check for drugs being smuggled inside by new inmates.

A department spokesman declined to comment on individual cases, but said it was standard procedure to conduct a security check, such as X-rays, on all new arrivals.

“If the case is suspicious, the department will isolate the person concerned under the security mechanism required by the law,” the spokesman said.

Under Covid-19 measures imposed by the department, all newly admitted inmates have to undergo a 21-day quarantine.

On Monday, Wong and his long-time activist colleague Ivan Lam Long-yin, 26, changed their pleas ahead of their expected six-day trial at West Kowloon Court.

Another member Agnes Chow Ting, 23, had already pleaded guilty to charges stemming from their involvement in a 15-hour siege of the city’s police headquarters during anti-government protests last year.

The trio will remain in custody until next Wednesday, when they will be sentenced.