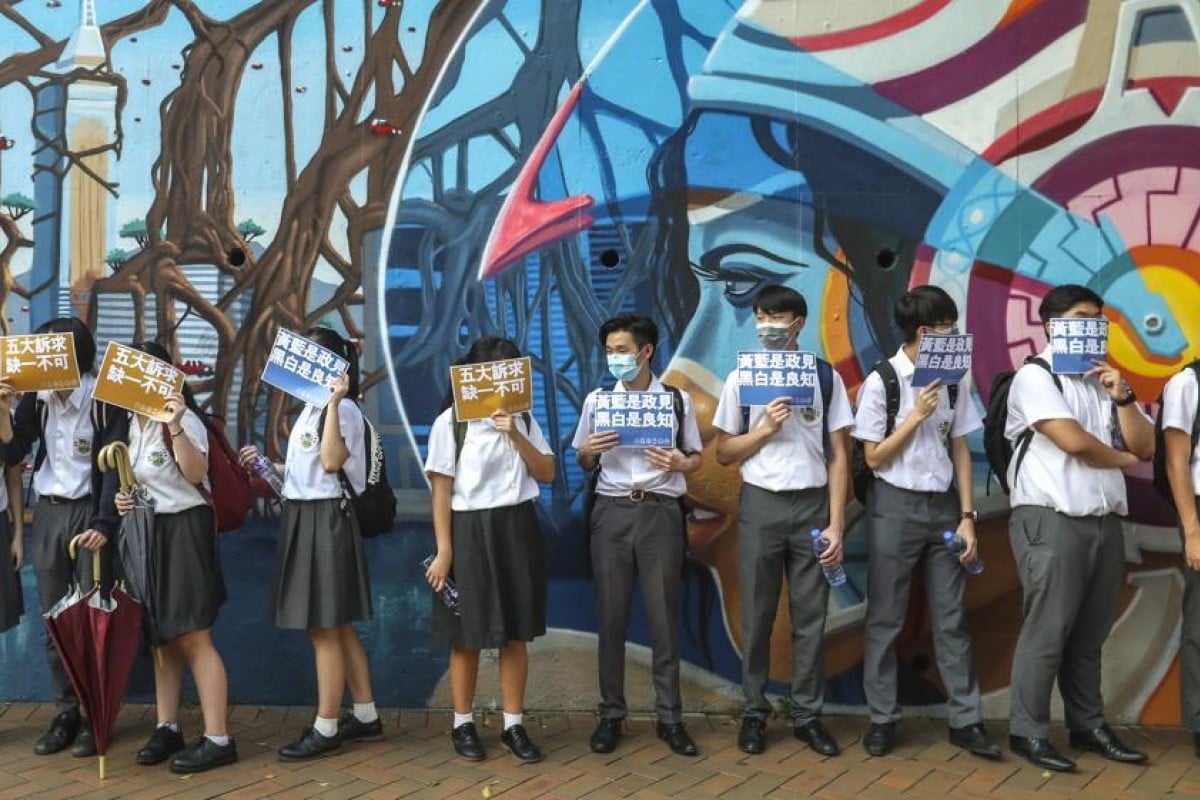 Many students have signed petitions against changes to the liberal studies curriculum. Photo: SCMP/Nora Tam

Chief Executive Carrie Lam Cheng Yuet-ngor has dismissed suggestions that there were political motives behind reforming the liberal studies subject at secondary schools.

During appearances on several radio phone-in programmes last Saturday, Lam said the government had no intention of withdrawing the subject entirely, but wanted to make adjustments to correct what she called “deviations” from some educational principles.

“It [the reform of liberal studies] hasn’t any political purpose, but is initiated out of educational principle issues,” she said. “We are not killing the subject. We are just seeking to make some adjustments to its curriculum.”

The new measure is expected to be implemented by the next academic year at the earliest for all Secondary Four pupils. As part of the reforms, the subject will be renamed and students will have to go on a study trip to China as part of the curriculum.

What is Liberal Studies and why are some units so controversial?

The subject would also be marked as a simple pass or fail, with parts of the syllabus trimmed and all textbooks subjected to vetting.

In her policy address last week, Lam also highlighted the need to reform liberal studies, saying the subject had deviated from its original objective, and should teach students about the development of China, the constitution, and the rule of law.

Some teachers have raised concerns about the latest changes, arguing that abolishing the grading system might weaken incentives for students to learn.

An online petition organised by eight student concern groups urging the government to withdraw the revamp had collected at least 7,000 signatures, of which more than half were secondary school students, as of last Saturday.