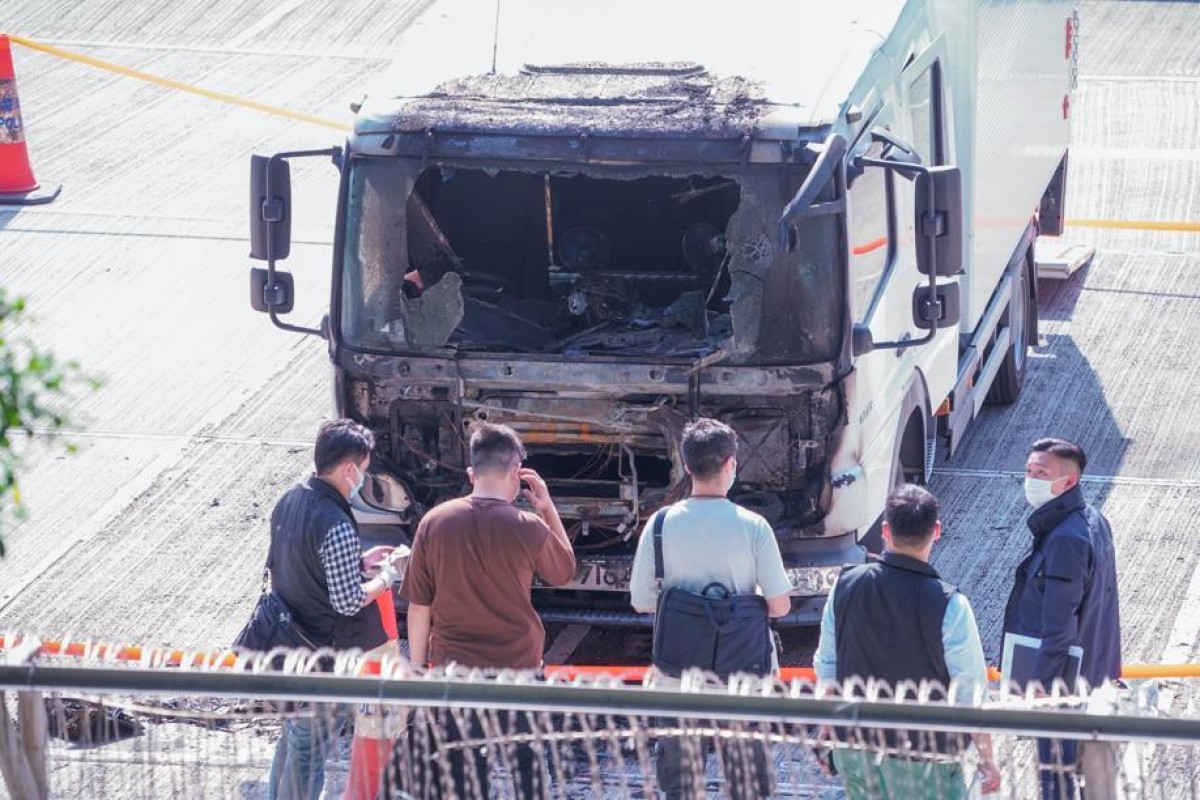 Petrol bombs were thrown at a police sports club early on Tuesday morning, causing a lot of damage. Police said they were looking for three black-clad people who were seen throwing Molotov cocktails into the car park of the Police Sports and Recreation Club in Sham Shui Po. The attack happened around 1am and destroyed the front of a small truck.

The case as been classified as arson.

An 18-year-old male was arrested on Fuk Wing Street, Sham Shui Po, a short distance from the club, on suspicion of possessing an illegal weapon after finding pepper spray on him. Initial investigations revealed the case was not linked to the firebomb attack.

The arson case has been handed over to the Sham Shui Po district crime squad.

A Molotov cocktail is a bomb which consists of petrol in a breakable container, usually a bottle, with a fuse, which is lit on fire. When the container shatters, flaming petrol spreads and can cause serious fires.

During last year’s protests, police stations were often the targets of demonstrators’ anger. But since the National Security Law became effective on July 1, attacks on police are classed as terrorism and can be punished by a sentence of 10 years to life in prison.