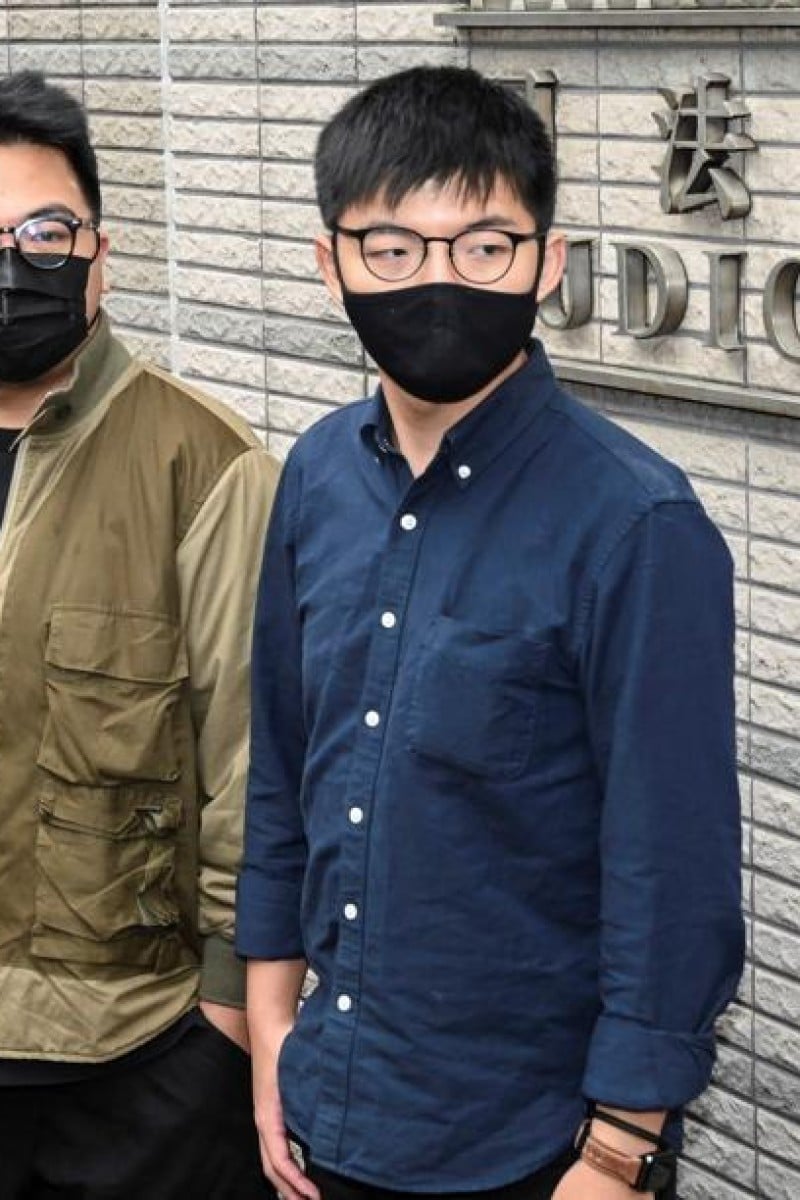 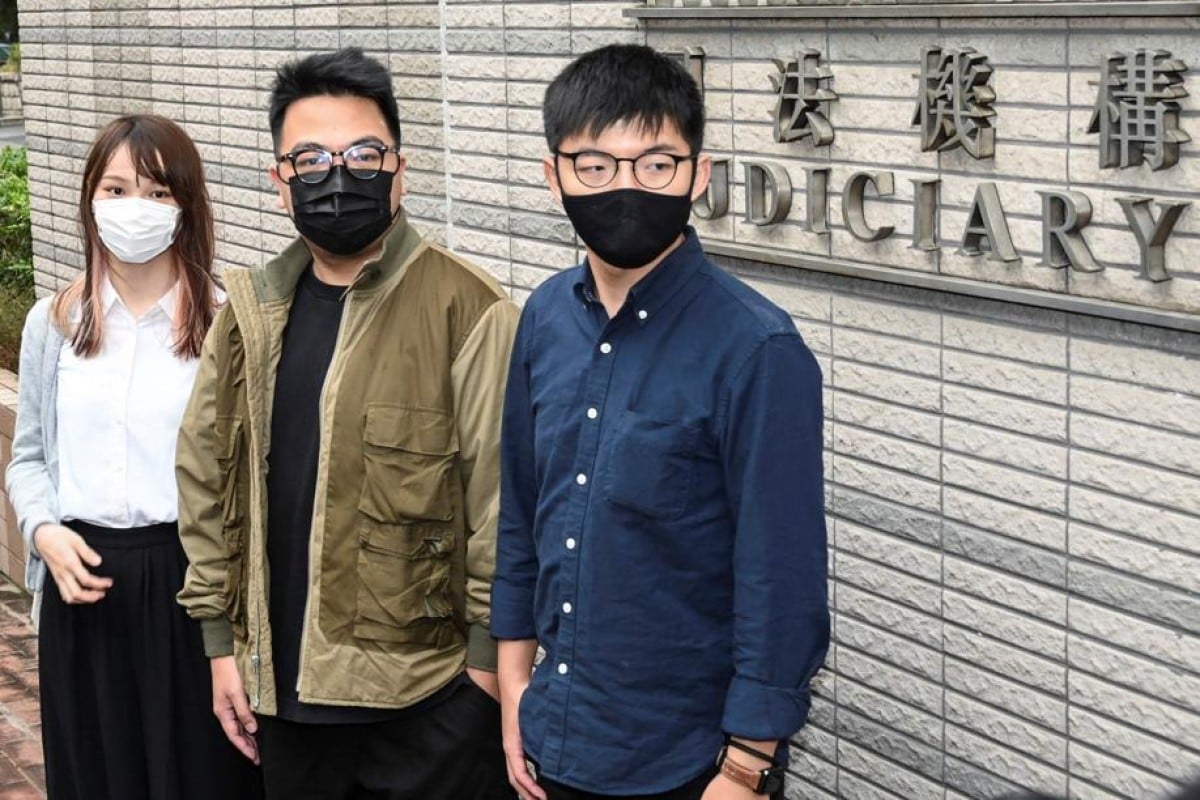 Agnes Chow, Ivan Lam and Joshua Wong all plead guilty to the charges against them, which ranged from unauthorised assembly to incitement. Photo: AFP

Three key democracy activists were sentenced to jail yesterday. They had all pleaded guilty to charges stemming from their involvement in a 15-hour siege of the city’s police headquarters during the anti-government protest movement last year.

He initially pleaded not guilty, but changed his plea on November 23.

Ivan Lam Long-yin, 26, was given seven months in prison for  “incitement”, which he, too, had initially pleaded not guilty to. He changed his plea on the same day as Wong.

Agnes Chow Ting, 23, was given 10 months for “incitement and taking part in an unauthorised assembly”. She was the first Demosisto politician to be barred from elections in 2018, because the party had promoted the idea of “self-determination” for Hong Kong. Chow, who was a British citizen at the time, gave up her citizenship to be able to stand in the election.

Lam is also a former member of Demosisto. The group disbanded hours after China passed a national security law in June that punishes what it broadly defines as sedition, secession, terrorism and colluding with foreign forces. Offenders face up to life in jail.

The June 21, 2019 siege of police headquarters in Wan Chai happened early on in the protests against the now-withdrawn extradition bill, which would have allowed anyone in Hong Kong to be sent to the mainland to stand trial. Prosecutors painted Wong as one of the major organisers of the siege and showed a video of him at the scene using a loudhailer to tell people to get others to join them at the protest.

“I know the coming days will be tougher, we will hang in there,” Wong shouted after the sentence was read out.

Chow’s request for bail, pending her appeal, was denied. She will celebrate her 24th birthday on Thursday in prison.