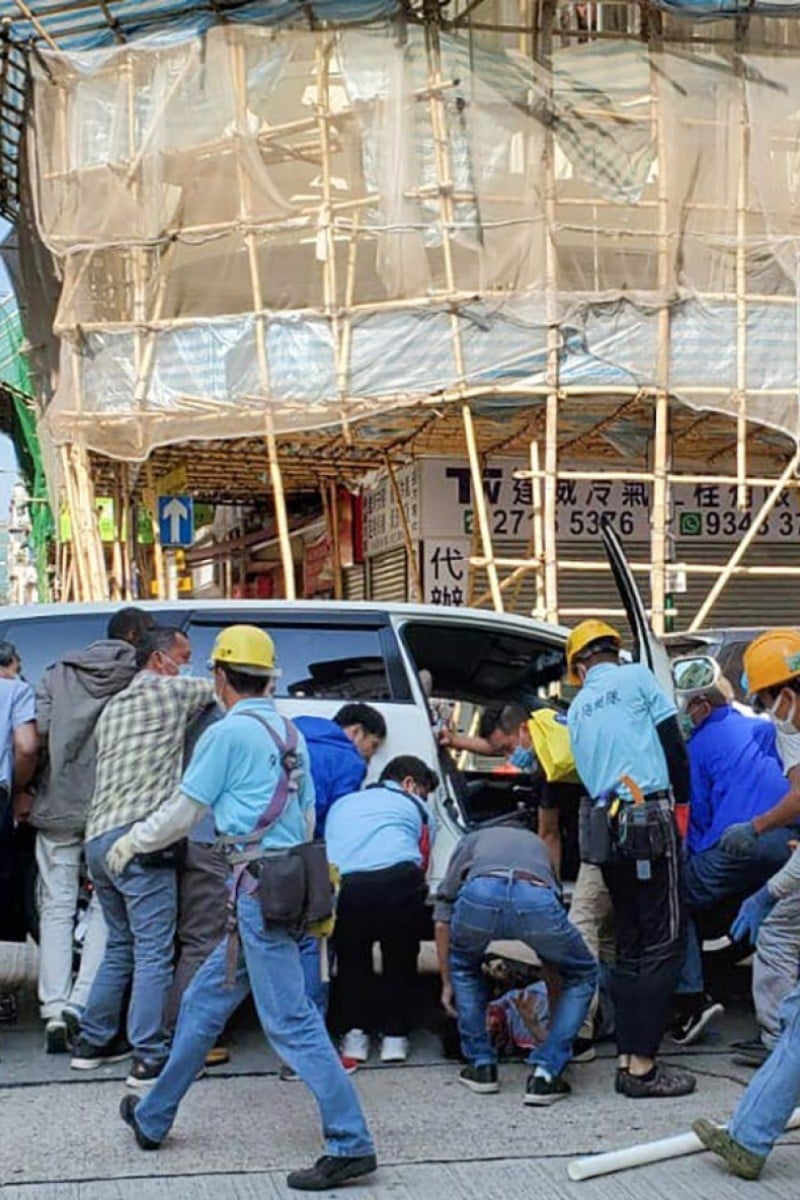 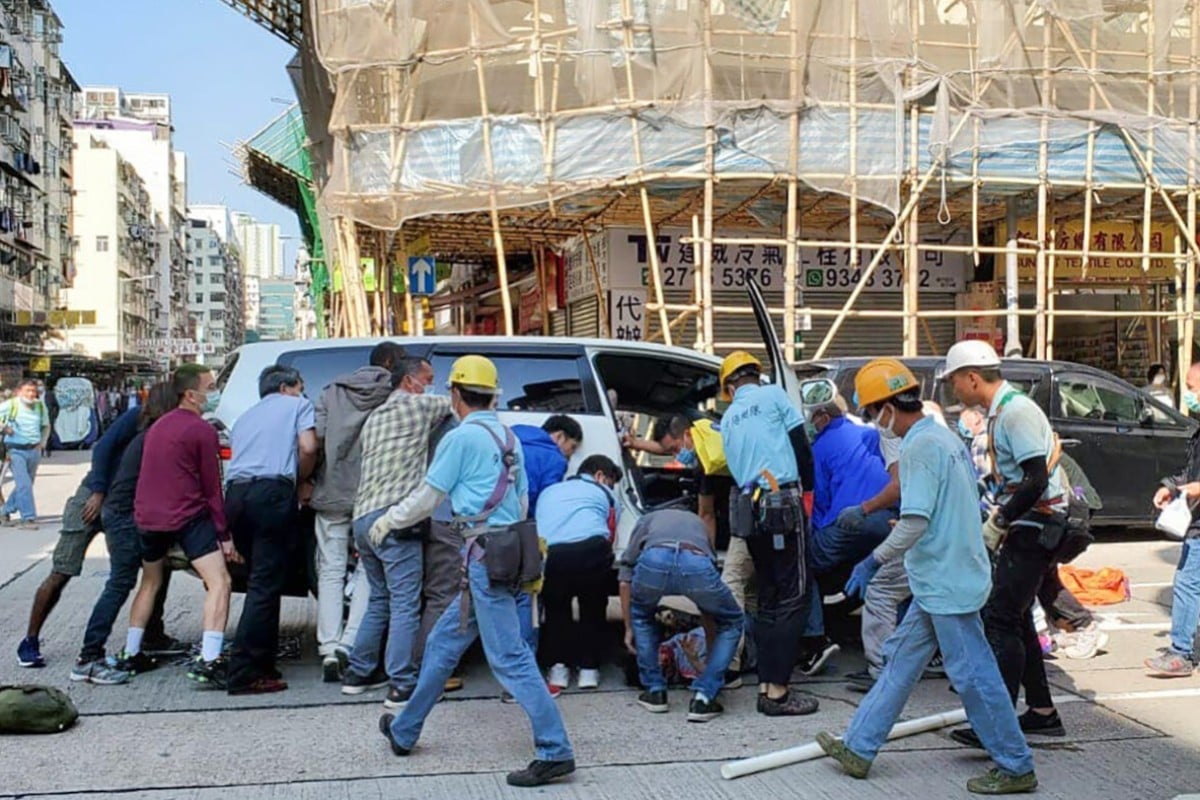 A groups of passers-by worked together to free an elderly woman trapped under a car. Photo: Facebook

In another reminder that good things are happening in 2020, strangers worked together to save an elderly woman today in Sham Shui Po.

More than 10 passers-by joined forces to lift a seven-seater car and free the woman who had been trapped underneath following a crash on Thursday.

The inspiring rescue effort unfolded at the junction of Wong Chuk Street and Ki Lung Street in Sham Shui Po, where a 71-year-old was trapped and injured after being knocked down by the vehicle.

“The victim was freed by passers-by before emergency personnel arrived,” a police spokesman said.

A photograph posted online showed more than 10 men shortly after 11am linking up to lift the vehicle and rescue the woman.

The police spokesman said the elderly woman suffered injuries to her head, body, and legs, and was taken to Caritas Medical Centre in Sham Shui Po for treatment.

Police said no arrests had been made over the crash, and officers from the Kowloon West traffic unit were handling the case.