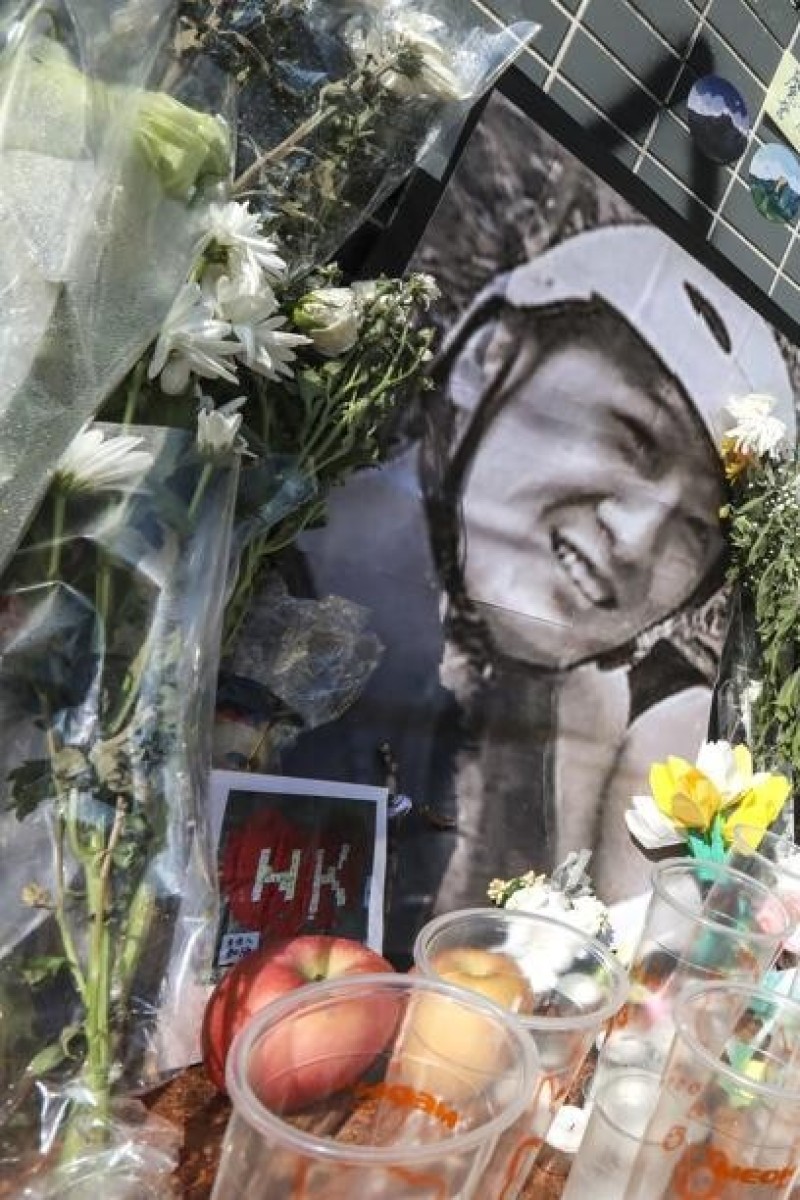 Security camera footage showing the moment a university student fell to his death inside a Hong Kong car park as a protest took place nearby has been discovered by an inquest looking into last year’s incident.

The previously unseen footage, which was described on Friday by Coroner Ko Wai-hung as “very crucial”, was the first identified visual of the moment Alex Chow Tsz-lok fell from a multi-storey car park in Sheung Tak Estate, in Tseung Kwan O, on the morning of November 4, 2019.

Its discovery could help the court assess the accuracy of previous testimony about the time and location of the incident, as well as influence forensic experts’ analyses in the evidence to follow.

The video clip, which was taken from a surveillance camera installed at Kwong Ming Court, a housing estate next to the car park, showed a black shadow descending from the building. But it was not clear enough to show the events preceding the fall.

“It appears that the black shadow in the footage is Tsz-lok,” Ko said.

Chow, 22, who studied at the Hong Kong University of Science and Technology, suffered extensive skull fractures, as well as bruises and swelling to his body after the fall. He died in hospital four days later.

Dr Ray Leung Tsz-hang, of the hospital’s emergency department, said the injuries were likely caused by a collision of great force, such as falling from height.

He said he found no evidence in his preliminary diagnosis to suggest Chow had been hit by bullets, or influenced by tear gas before he was injured.

Your guide to slang from the Thai protests

Leung pointed out that Chow did not suffer fractures to his arms, suggesting he might have been unable to perform the reflex action of extending his arms for protection when falling.

“Chances are that [Chow] might have already lost consciousness before he fell,” Leung told the jury on Thursday.

He added that it was possible the student might have been hit in the head by hard objects before the fall.

Leung acknowledged, however, that he was unable to pinpoint the cause of Chow’s head injuries.

More medical evidence will be heard in future sittings of the court from doctors performing surgery on Chow and pathologists who conducted the autopsy.

He said he did not expect a breakthrough in the investigation from security footage initially discarded by the police, but declined to comment on whether investigators had been negligent.

5 similarities between the Thai and HK protests

“Frankly speaking, at this moment, it does not matter who is right and who is wrong, and whether anybody has not done their job properly,” Chow said. “I am actually happy to learn about the coroner’s discovery, which may be one huge step towards the truth.”

He issued another public appeal, calling for residents at Kwong Ming Court who had knowledge about the fall to help the investigation.