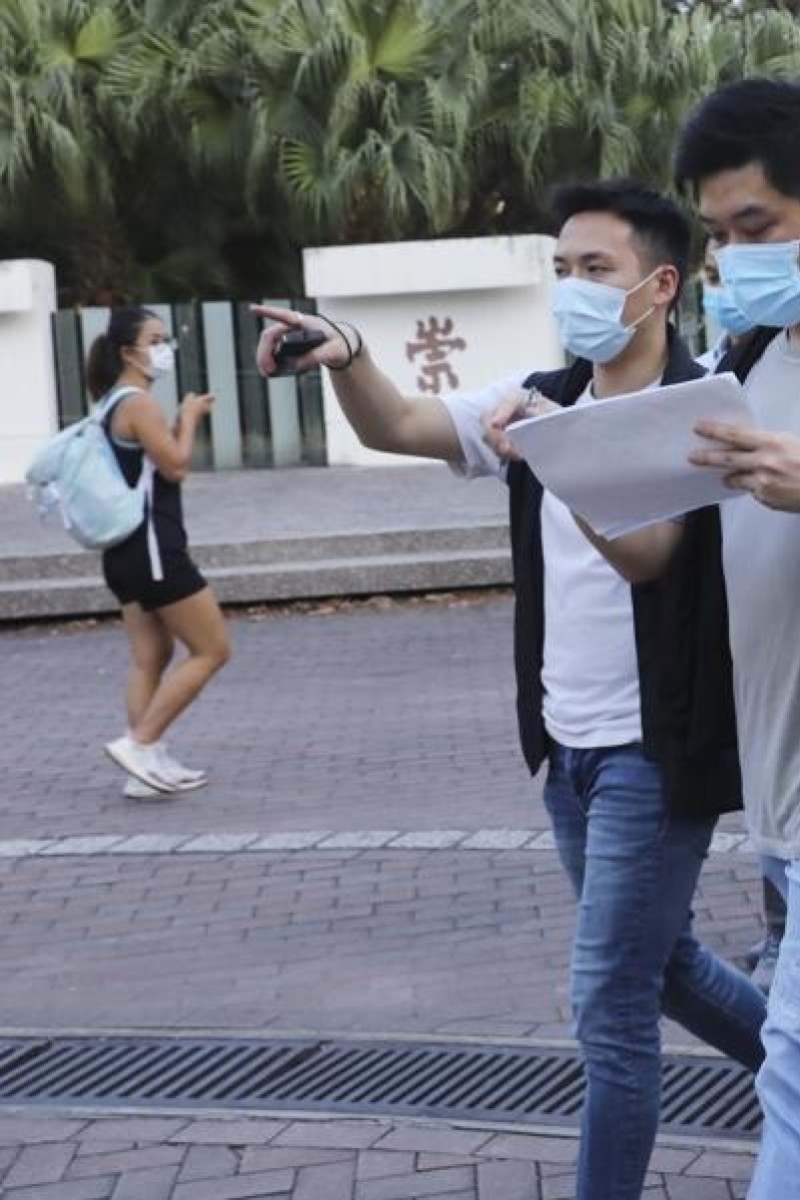 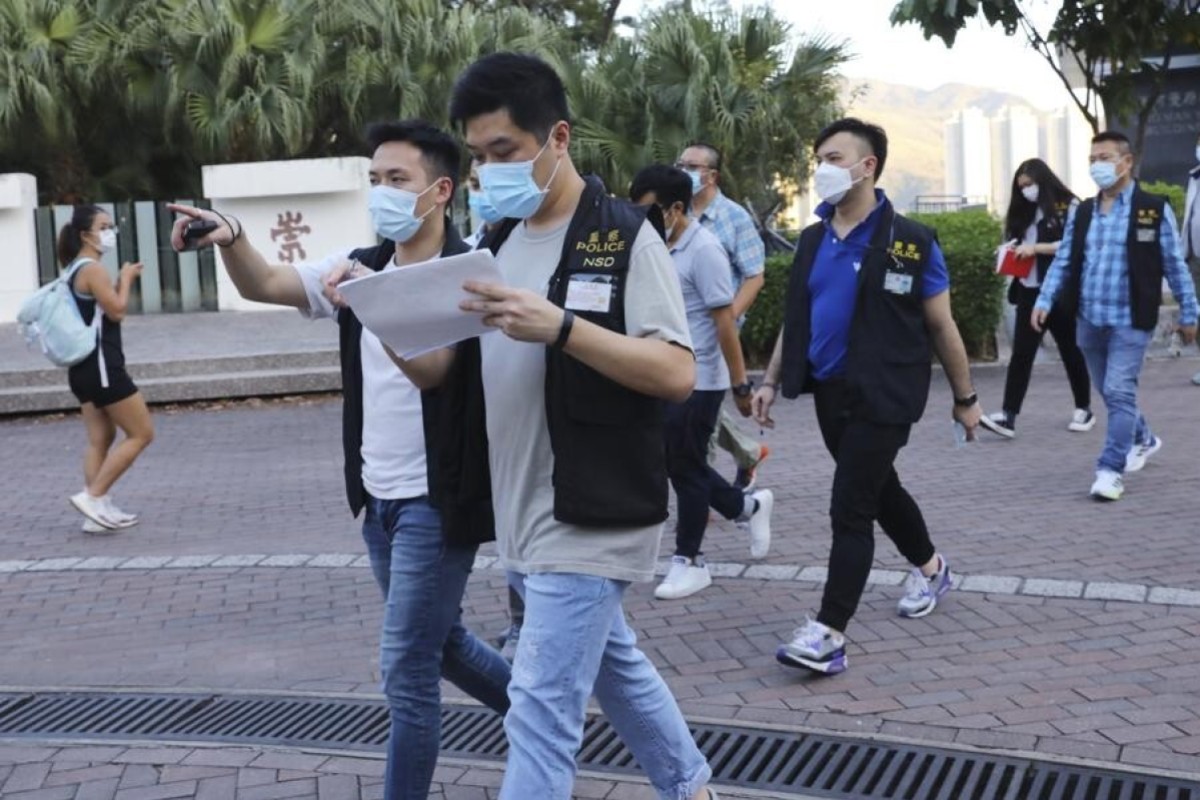 Officers from the police national security unit carry out an investigation after the rally at Chinese University last month. Photo: Dickson Lee

Eight people, including two district councillors, were arrested this morning in connection with a protest at Chinese University (CUHK) that is being investigated by national security officers, a police source said.

According to posts on their respective Facebook pages, Eason Chan Yik-shun, a Kwun Tong councillor, and Isaac Lee Ka-yui, a Sai Kung councillor, were both among those taken into custody.

Arthur Yeung was among those arrested on Monday morning. Photo: Facebook

Joining them was Arthur Yeung Tsz-chun, 25, a CUHK graduate and former district council candidate, who was detained at his flat at 7am, according to a post on his Facebook page.

His arrest was related to the protest at the university’s campus in Sha Tin last month, the post said, adding that Yeung had been taken to Ma On Shan Police Station at 8.30am.

The source did not say if those arrested were detained under the national security law, but added the operation was ongoing.

A call to Yeung’s mobile was answered by his girlfriend, Alice Cheung, who confirmed the arrest.

“The police have taken away a computer and an iPad,” Cheung said, adding that Yeung was being helped by a lawyer.

Last month, more than 100 people protested against the school management’s decision to move the graduation ceremony online, saying the university had deprived students of the opportunity to express their views.

In the past, students have used the ceremony as an opportunity to express political views, and during the campus protest, demonstrators were heard calling for Hong Kong’s independence and liberation, prompting the national security unit to investigate.

Yeung ran for a seat on the Wan Chai district council last year, but lost.