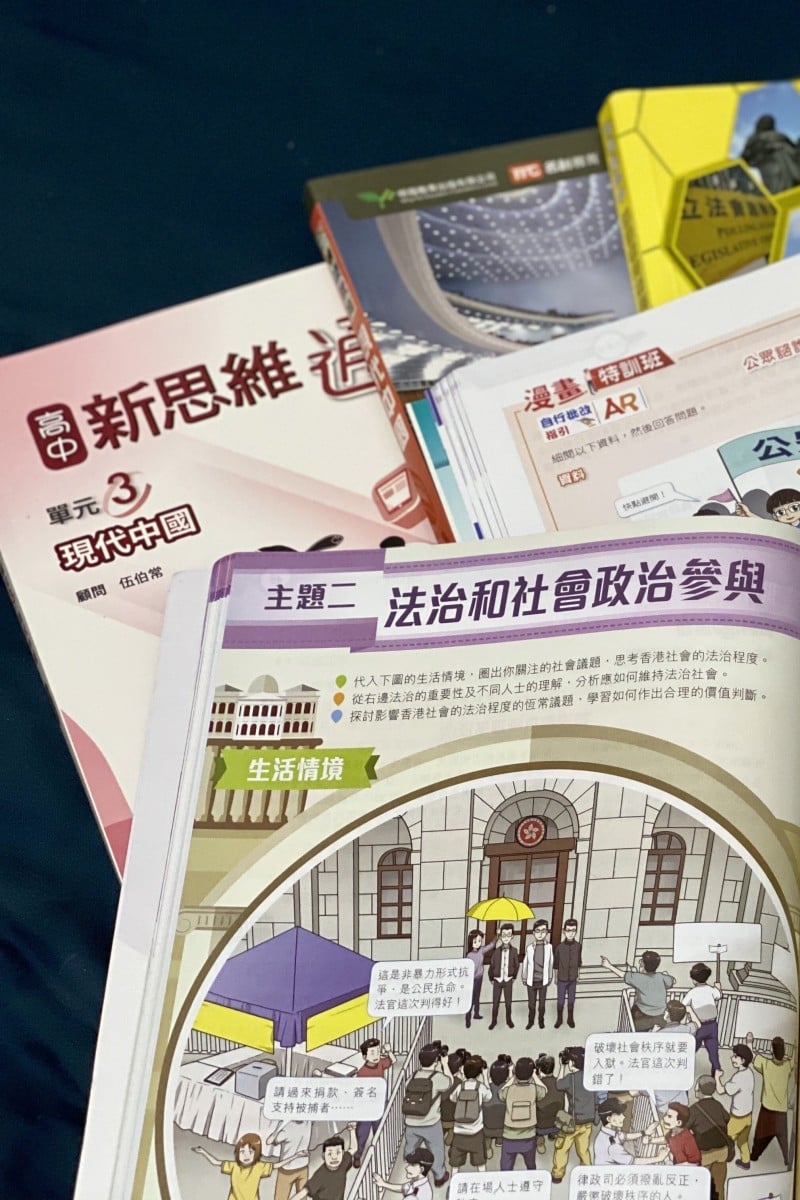 Student organisations protesting changes to the Liberal Studies curriculum were made to stop their campaign early on Monday, after police issued penalties for defying the public gathering ban.

Two groups, called Polisientia and SFU Hong Kong Society, organised a street booth outside APM shopping mall in Kwun Tong. Their goal was to pass out leaflets and collect signatures for their petition calling for the proposed changes to Liberal Studies to be withdrawn.

Why Liberal Studies is so controversial

The changes were announced by the Education Bureau in November. They include more content on mainland China, and less focus on current affairs.

The campaign only lasted two and a half hours before police arrived at the scene. Six students were ticketed for breaching the ban on public gatherings of more than two people, which could result in fines of up to HK$5,000 per ticket.

What is separation of powers, and why was it removed from Liberal Studies books?

“I believe that the police’s actions are a crackdown on both our organisation and freedom of speech,” said the organiser of Poliscientia, a Form Three student who prefers to be called “Pikachu”.

Pikachu said there were only two students at the booth, and that other people kept a distance of three to four metres. Still, the police insisted the groups violated anti-epidemic measures.

The group posted a video of the incident on its Instagram page.

The groups are now seeking legal advice to defend themselves, with help from Ben Lam Siu-pan, District Councilor of Mong Kok East constituency.

Pikachu said the two organisations are very upset about the proposed revamp of Liberal Studies.

“The government picks on Hong Kong students and intends to control the way they think,” the student leader said.