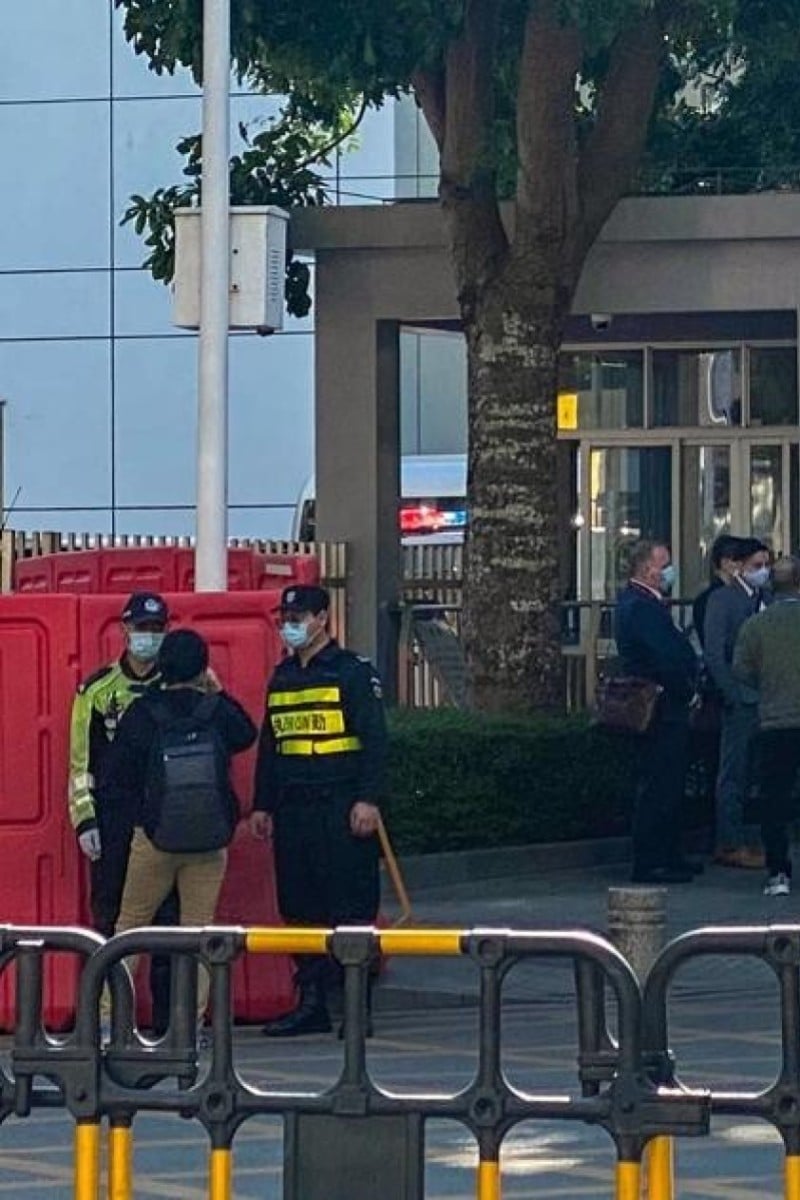 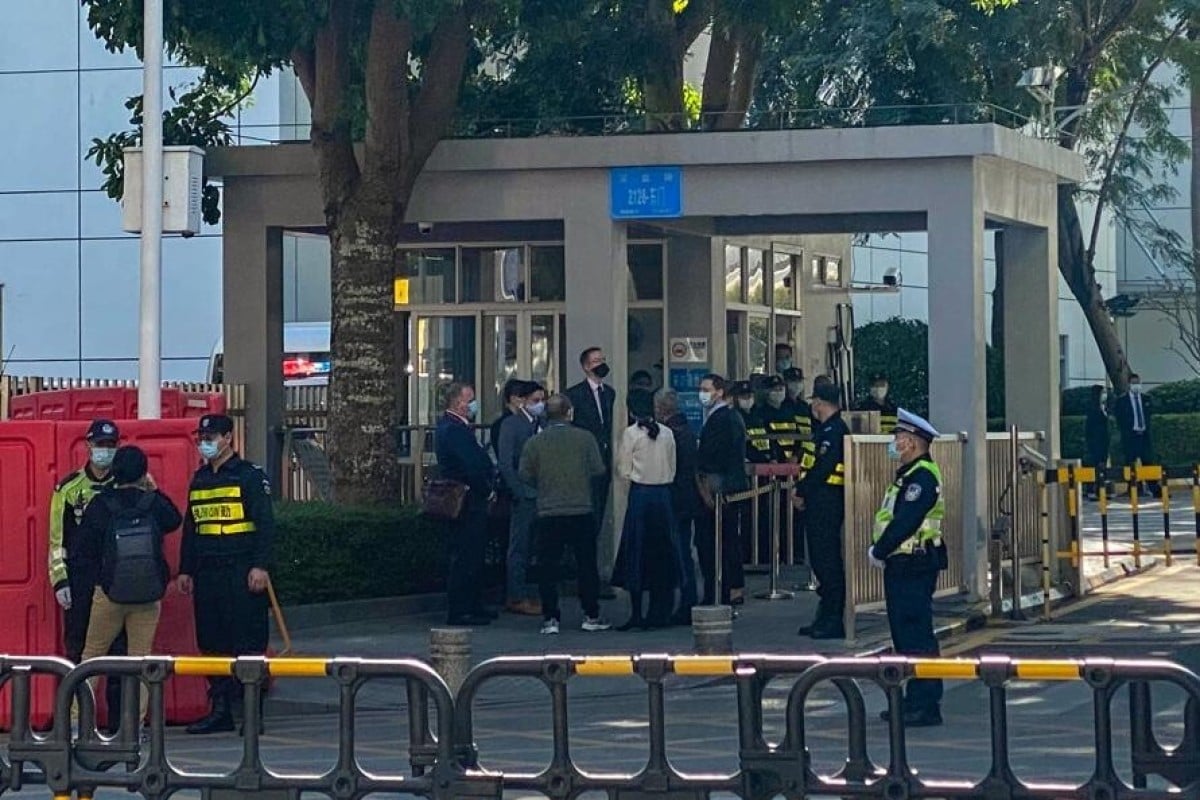 Diplomats gathered outside the Yantian People's Court on Monday as 10 of the suspects pleaded guilty. Photo: Pheobe Zhang

Update: 10 members of the Hong Kong 12 were sentenced to up to three years in jail on Wednesday.

Two underage suspects from the group of 12 people detained in Shenzhen will be handed over to Hong Kong police this morning. They pleaded guilty over illegal border crossing and will not be charged, according to Yantian People's Procuratorate.

Sources said the transfer of suspects will be conducted at about 11am at Shenzhen Bay Port. Police will hold a press briefing at noon at the Tin Shui Wai police station to explain details of the transfer.

The announcement came shortly before the Yantian People’s Court was to hand down the verdict for 10 other Hong Kong fugitives arrested at sea in August by mainland Chinese authorities while trying to flee to Taiwan.

Hongkonger rejected at US consulate was shot in 2019 protests

Eight of those defendants were accused of illegally crossing the border and two of organising the crime. All 12 suspects, who face charges related to last year’s anti-government protests in Hong Kong, have been held in Shenzhen since their capture at sea by the Chinese coastguard.

Ten of the group reportedly pleaded guilty on Monday at what the court in Shenzhen said was “an open trial” attended by family members and journalists. However, reporters from the SCMP and other Hong Kong media organisations, as well as a group of Western diplomats, were refused access. Family members also said they were not allowed to attend the hearing.

The court is due to hand down its verdicts this morning.