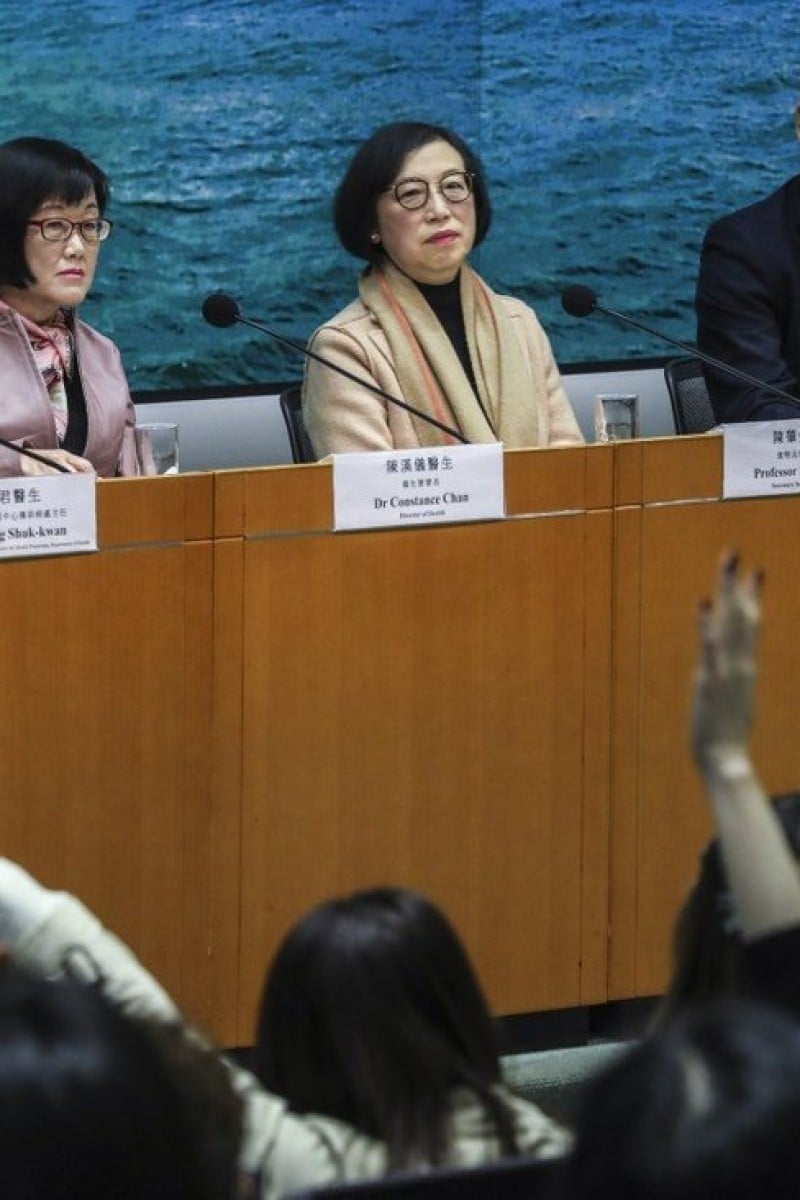 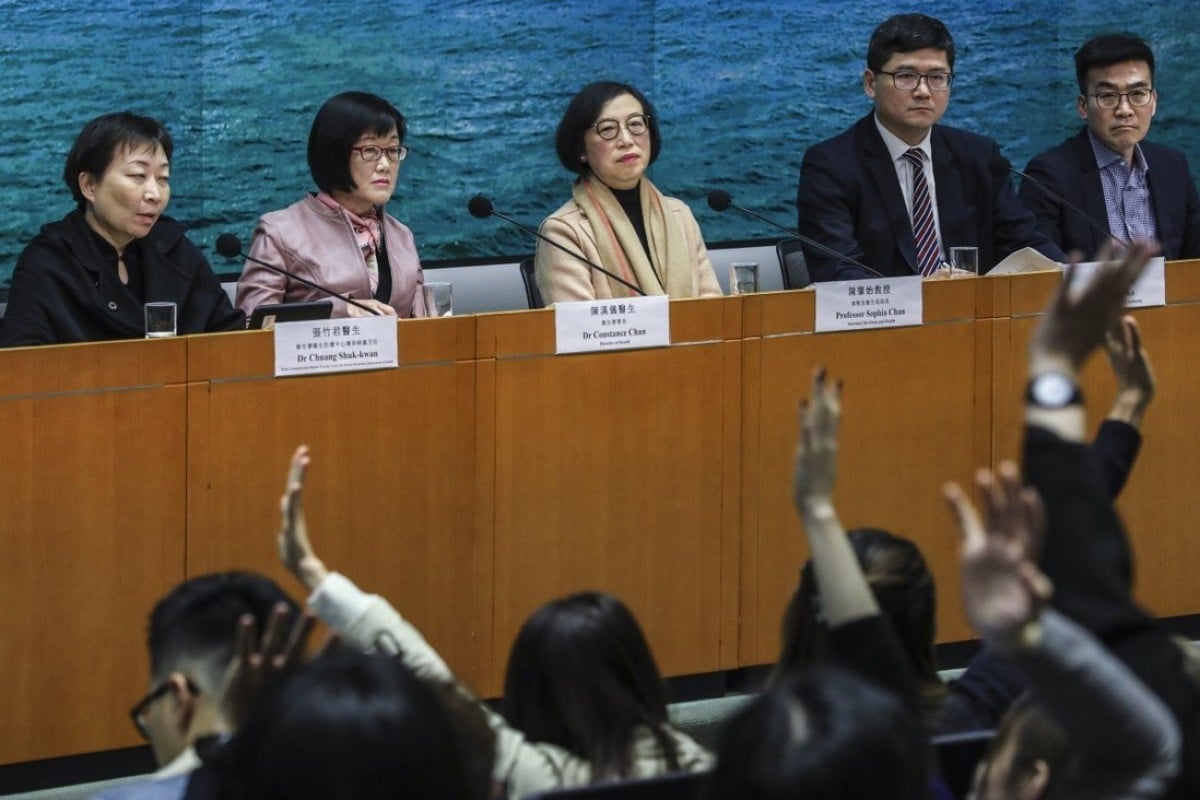 Near-daily press conferences updating the Covid-19 situation, a fixture since the beginning of the pandemic, were to be moved online. Photo: SCMP/ Dickson Lee

The government has made a U-turn on its decision to take its Covid-19 press conference online after an outcry by the media.

It has now decided it will continue conducting its daily Covid-19 press briefings with reporters present – but at government headquarters in Admiralty.

On Sunday night, the Information Services Department (ISD) said the Centre for Health Protection’s press conferences, which had usually been held in a room at the Department of Health nearly every day since the pandemic first hit, would be moved online and only take written questions. The move angered Hong Kong journalists who said that would make it easier for officials to evade difficult questions, and undermined the public’s right to know. The change, they said, was aimed at effectively implementing social distancing to minimise the risk of infection, though a government spokesman later said there was no plan to adopt the arrangement for other press conferences.

Under the new rules, media registration would have taken place an hour before each day’s conference and reporters would have been required to send questions in text form, according to the ISD. No Q&A session would take place, though the daily press conference would still be streamed live online.

In a joint statement from seven media groups and outlets including the Hong Kong Journalists Association, and the unions of RTHK, Next Media, Ming Pao and Stand News, journalists said the new rules would filter out sensitive questions and compromise their ability to inform the public.

Physical press briefings had taken place all last year, even when the number of daily infections recently climbed above 100 cases, the statement noted. No infections have been linked to the briefings.