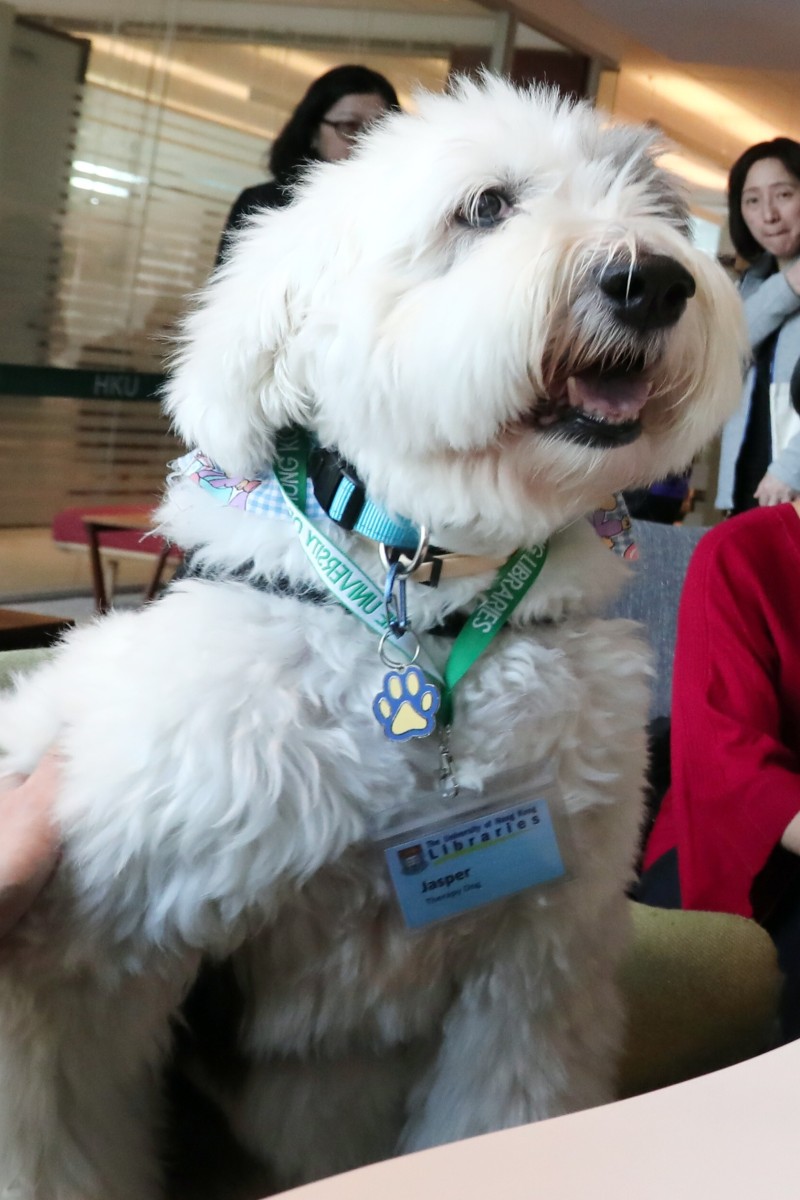 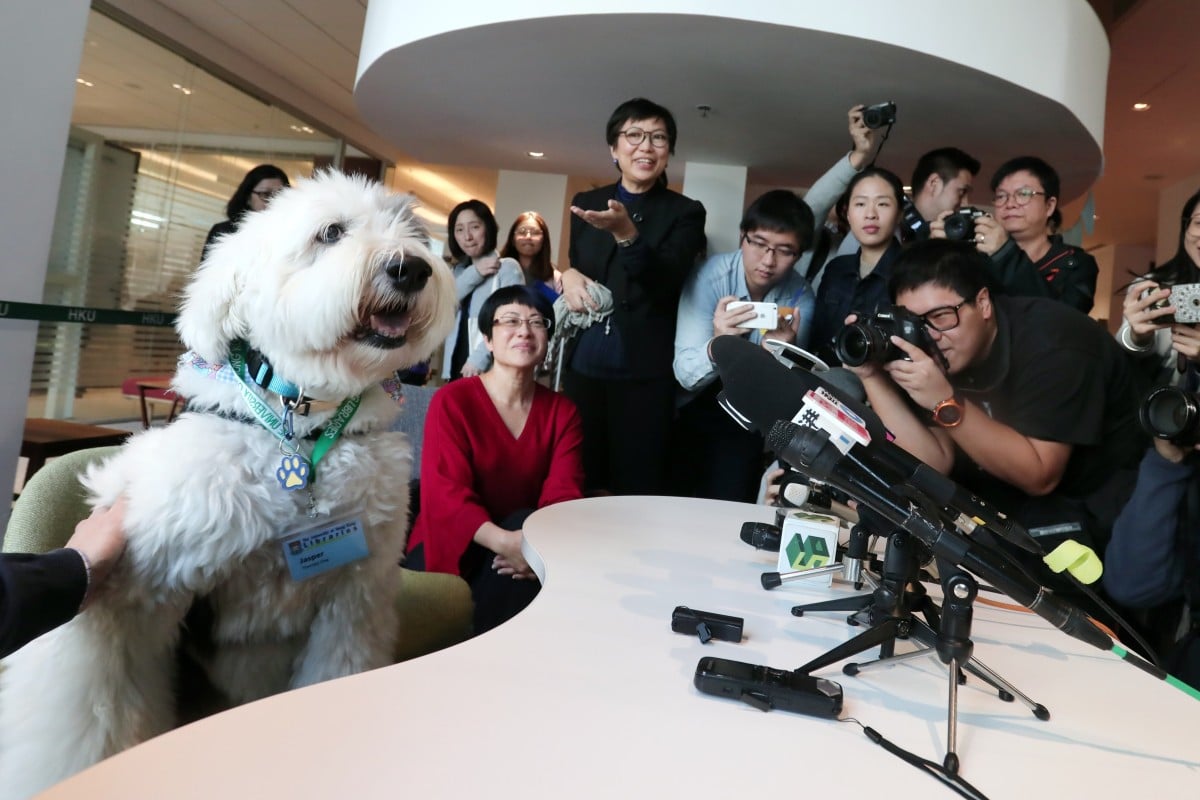 Jasper brought smiles to many faces during his time at HKU. Photo: SCMP/ Jonathan Wong

Jasper joined the University as a therapy dog in 2017 as part of a pilot programme introduced by the HKU Libraries with the aim of reducing stress and anxiety and improving the overall well-being of its students, particularly during exam periods.

Jasper was an Old English Sheepdog adopted from Hong Kong Dog Rescue. He became a certified therapy dog after passing an internationally recognised test. His gentle demeanour and friendliness towards people made him a great favourite of students and staff alike, and he had more than 8,000 followers on his social media accounts.

In a statement, the HKU Libraries acknowledged “the importance of being a source of both intellectual knowledge and emotional [nurturing], and that the mental well-being of students can make a positive impact on their academic performance.

They added they were “grateful to Jasper for all the support, affection and joy he brought to the HKU community.”

The HKU Resident Therapy Dog programme was the first of its kind to be introduced in Hong Kong and is unique among local universities. Updates about the future of the programme will be announced in due course.