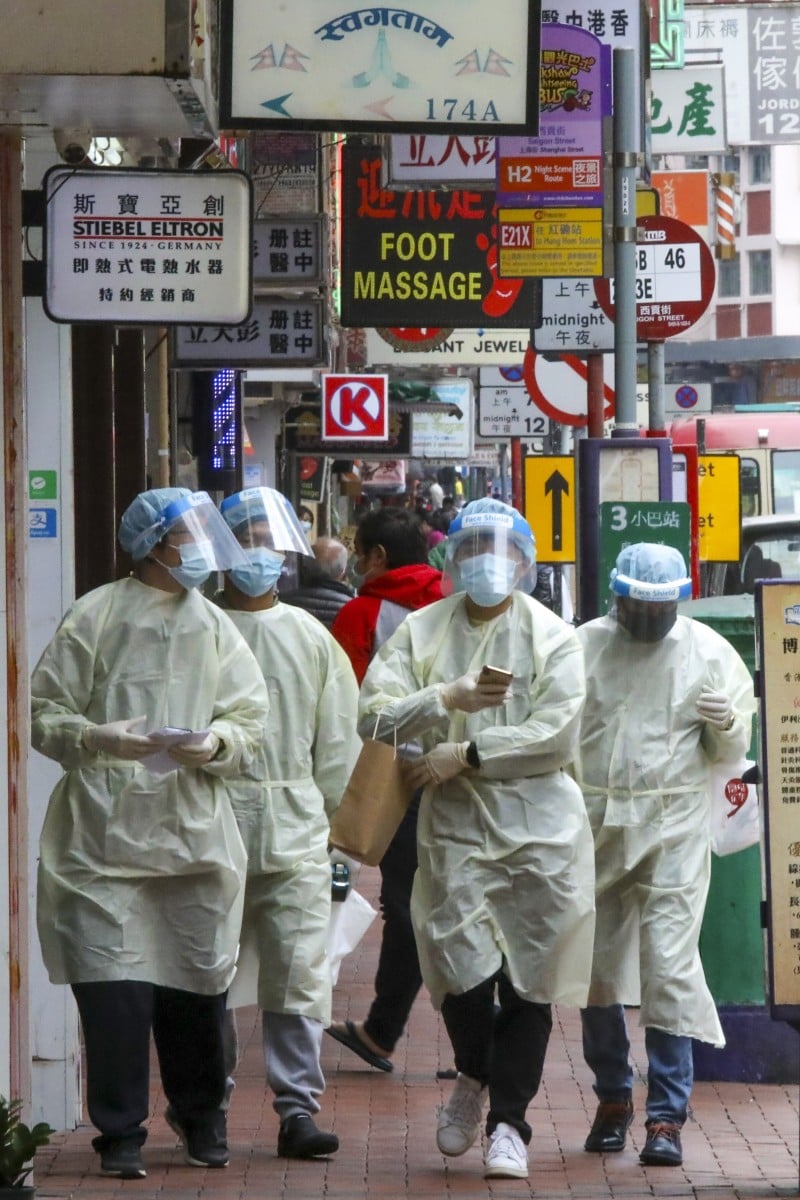 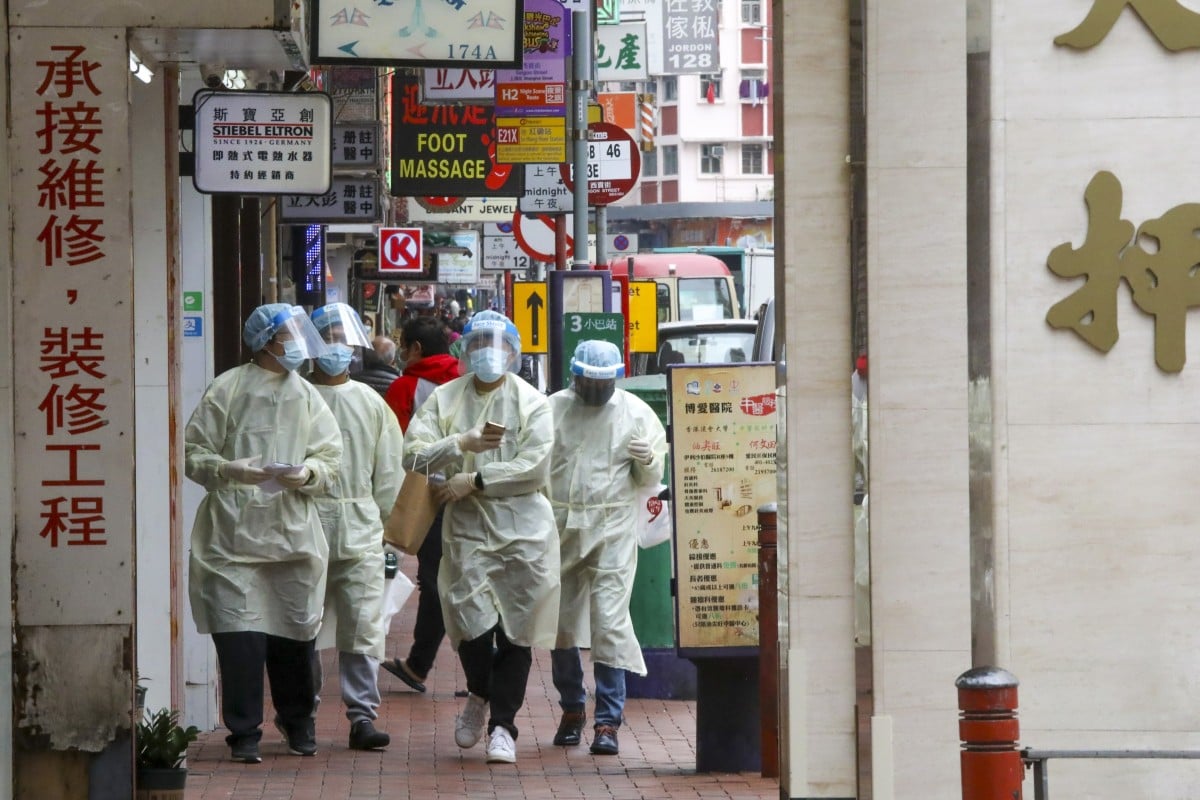 Health workers will administer mandatory tests to residents in parts of Yau Tsim Mong following a cluster of infections in the district. Photo: SCMP / K.Y. Cheng

For the first time since the pandemic began, Hong Kong will lock down tens of thousands of residents in a bid to contain the worsening outbreak of Covid-19.

The lockdown will affect people living in the  Yau Tsim Mong area, where many people live in ageing, subdivided flats. Sham Shui Po might be added to the lockdown later.

The lockdown, the most drastic measure taken by Hong Kong is expected to begin this weekend, in the areas where residents have been ordered to take tests.

The lockdown will mean people are only allowed to leave the area once the lockdown is lifted, or if they need medical help or face any sort of danger. Everyone, even people who tested negative, have been asked to remain in their homes as much as possible.

A source told SCMP that the increasing infection rate and sewage surveillance suggest there are many silent sources of the disease. About half of the daily infections in the past week have come from Yau Tsim Mong district.

What it’s like to live in a rooftop shanty

The outbreak in the older neighbourhoods has also been linked with clusters at construction sites, where residents of the communities there were employed.

But respiratory disease specialist Dr Leung Chi-chiu told a Friday radio programme that issuing the stay-at-home order now would be “too late” and “rather meaningless”, as most residents in the testing area had already been screened over the past week.

When will Hong Kong start its Covid-19 vaccination scheme?

He suggested the focus should rather be on mandatory testing in the whole Yau Tsim Mong area.

Luk Hing-fat, chairman of the Temple Street Business Chamber, speaking on the same radio show was philosophical about the order.

“It’s better to bear the pain now than to let it get worse.”