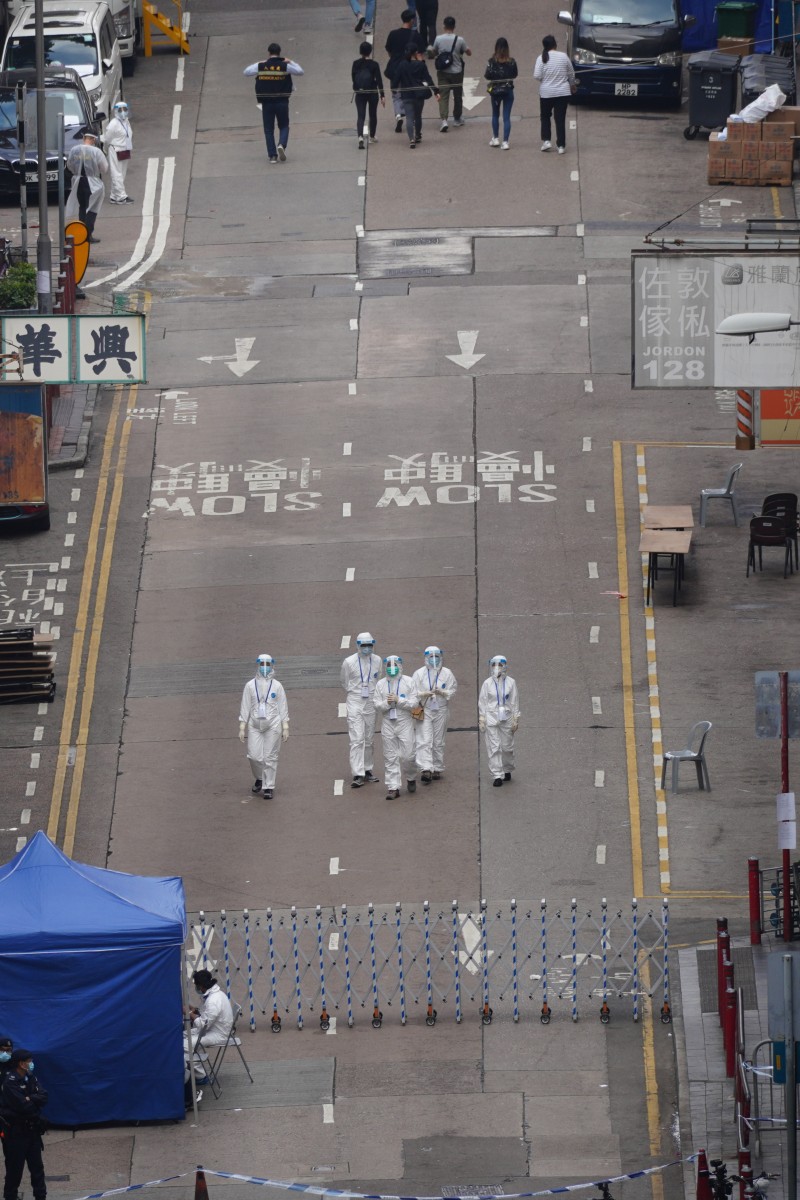 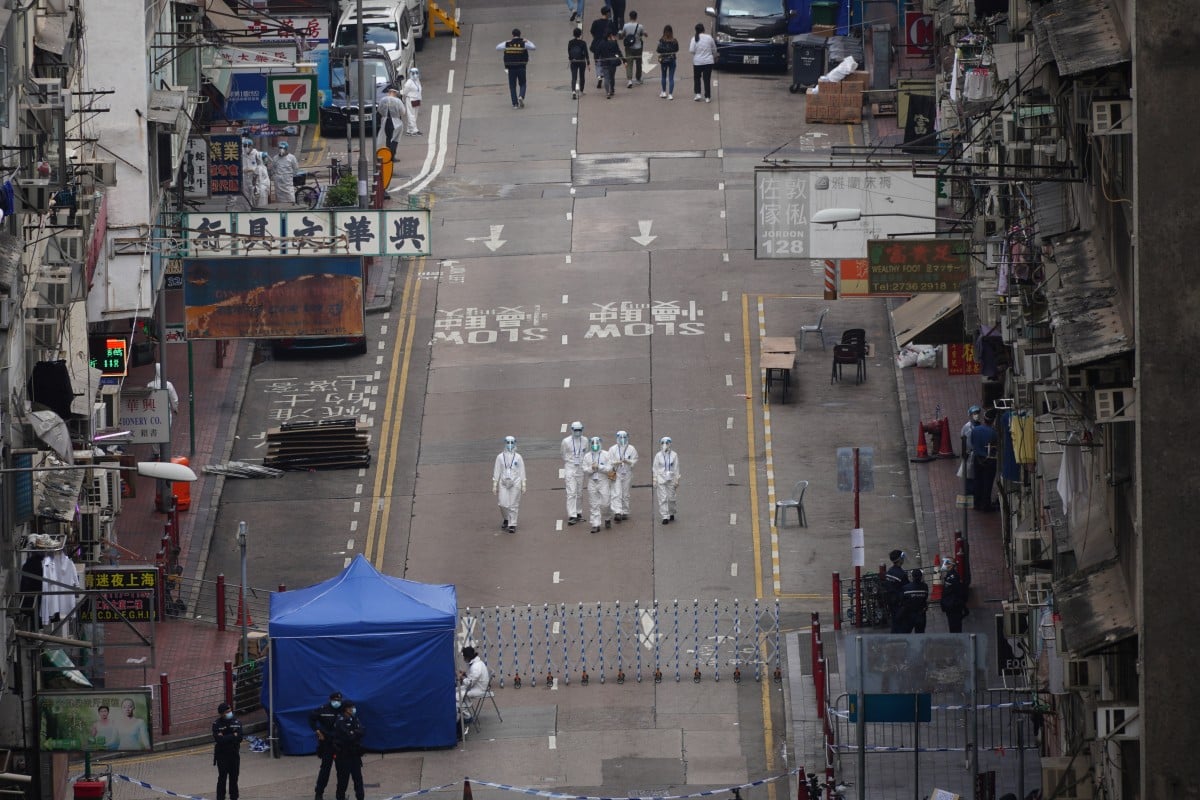 Civil servants, police and members of the disciplined services stand guard at the perimeter of the specified "restricted area" in the Yau Tsim Mong neighbourhood, to stop residents leaving the locked-down zone and to support the Covid-19 testing of all residents under the government's measure to battle against the coronavirus pandemic. Photo: SCMP / Sam Tsang

Residents in the Yau Tsim Mong area that was put under lockdown at the weekend were released early yesterday morning. The lockdown, the first in Hong Kong during this pandemic, had been ordered by health authorities as a bid to stem Covid-19 infections. However, after some 7,000 people had been tested, only 13 positive cases were identified.

Young Post spoke to Biram, a 13-year-old Nepali who was forced to spend the time indoors.

“It’s difficult to live in a crowded home,” he said. “With Hong Kong not being spacious enough, this [lockdown] makes it even less comfortable.”

“I had woken up at 3am because of the noise. It was very disturbing.”

Authorities decided to lift restrictions early after most of the area’s residents had been tested. The designated areas included some of Hong Kong’s most densly populated buildings housing the notorious subdivided flats. A rectangular area from Kansu Street, Woosung Street, Nanking Street, and Battery Street, was cordoned off, with no one inside being allowed to leave, and no one outside being allowed in enter.

On Sunday, 76 new infections were reported across the city, but the number did not include the 13 found in the restricted zone.

As netitizens criticised the move as heavy-handed and a waste of money, Secretary for Food and Health Sophia Chan Siu-chee insisted that the actions were necessary to curb the spread of the virus in the densely packed area.

“We don’t think this put a heavy burden on people or was a waste of public money,” she said. “This operation was needed.”

She added that authorities had not only identified and isolated those who had tested positive but had also isolated their close contacts.

The city reported 70 new infections yesterday. As of yesterday, almost 100 million people around the globe have been infected with Covid-19.