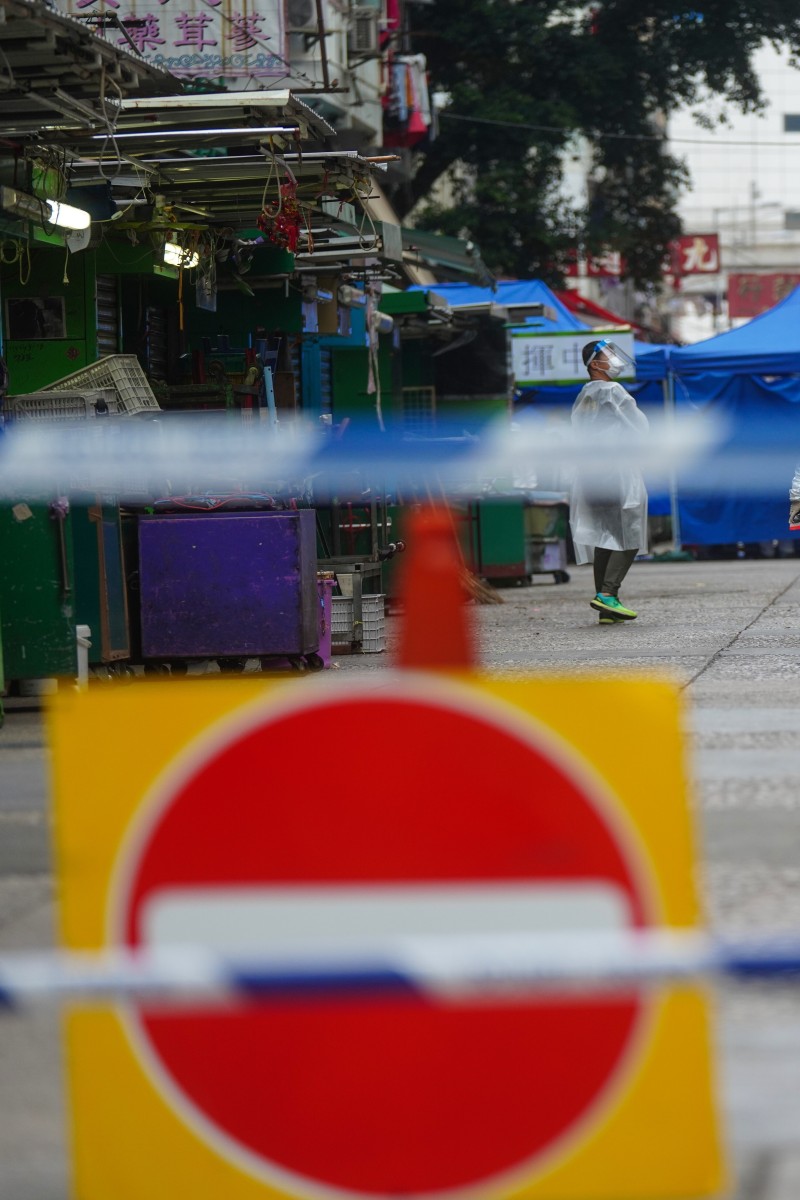 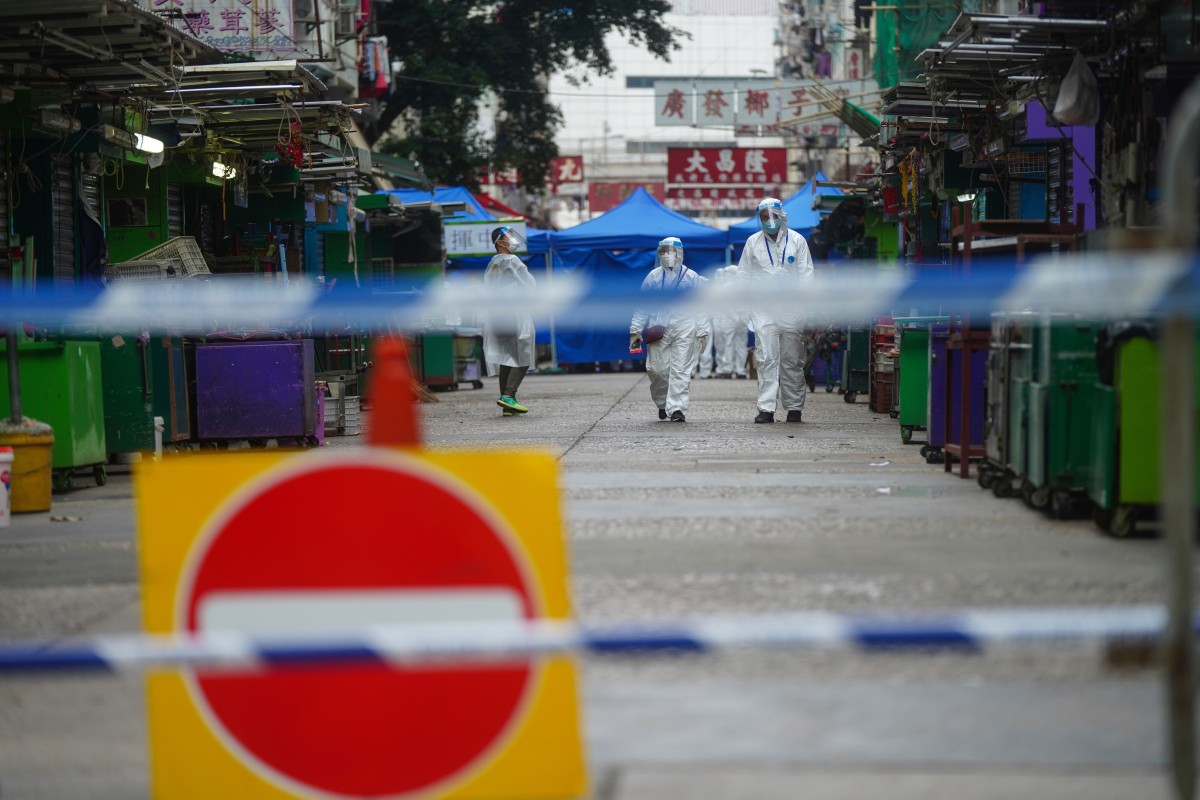 This part of Jordan may be just the first area to be locked down. Photo: SCMP

A second lockdown was announced on Tuesday, to take place suddenly around 12 buildings in Yau Ma Tei.

The lockdown started at 7pm on Tuesday, with people living in buildings numbered 9-27 Pitt Street and the Shun Fung Building at 3 Tung On Street ordered to stay in their homes until they were tested.

The move was announced at the last minute to avoid giving residents advance notice through media leaks. It was estimated to end at 6am on Wednesday, according to a government notice.

When will Hong Kong start its Covid-19 vaccination scheme?

She called the 44-hour mandatory-testing exercise in Jordan a success, despite news of the testing drive leaking, allowing some residents to flee beforehand.

Residents of any building with just one coronavirus infection within two areas in Hung Hom and Mong Kok will have to undergo mandatory screening under the tightened measures.

An existing mandatory testing zone in Jordan has also been expanded, while one in Sham Shui Po remains the same.

5 reasons to keep wearing a mask, even after you’ve had the vaccine

“The new districts were added after looking at the distribution of infections in buildings over the past two weeks,” Undersecretary for Food and Health Dr Chui Tak-yi said.

“We want to take action before these cases become significant, that’s why we are adding these areas.”

The Jordan testing area will be expanded to reach Nathan Road to the east, Austin Road to the south, Ferry Street and Canton Road, including Man Wah Sun Chuen, to the west and Kansu Street to the north.

Existing social-distancing measures have also been extended until February 3. These include the ban on more than two people gathering in public, no dine-in services after 6pm, and venues such as beauty parlours.