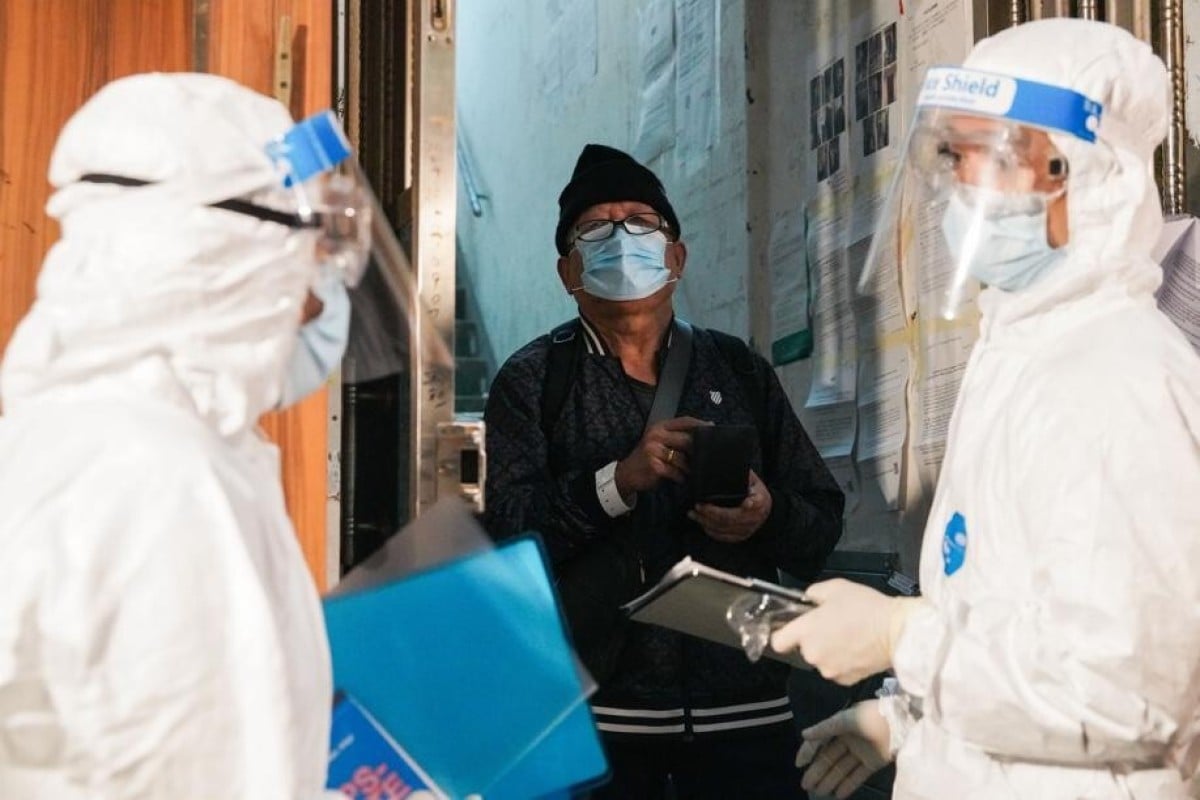 Eleven buildings at 9 – 27 Pitt Street, and Shun Fung Building at 3 Tung On Street, were unexpectedly sealed off as health officials targeted areas packed with old tenement buildings to stamp out the Covid-19 infection.

Lam said on her Facebook that the lockdown had achieved what it had set out to do as a confidential, area-specific and time-bound operation. The city’s first such lockdown got off to a questionable start last weekend after the news was leaked by the media a day in advance, giving residents plenty of time to flee and avoid being confined to their homes for 48 hours.

Nothing of a sort happened during the latest lockdown. The first thing residents knew about it was the sound of sirens around their homes. Only one person tested positive, while several hundred were affected.

Still, few complained about the strike, which lasted 11 hours.

When will HK start its vaccine scheme?

A government source said this quick lockdown aimed to clear all silent transmission within the small designated area. “Sewage samples still showed traces of the virus after two mandatory testing orders had been issued earlier, so we hope to clear it by declaring it a restricted area for testing. We will check the sewage findings again when they are ready,” the source said.

Today (Wednesday, January 27), Hong Kong reported 60 new cases and two deaths, which brought the total number of deaths to 175. A further 39 buildings were listed for mandatory tests, more than half of them in Sham Shui Po.

Meanwhile, Block C of Tung Fat Building in North Point is being inspected after 13 people there tested positive.