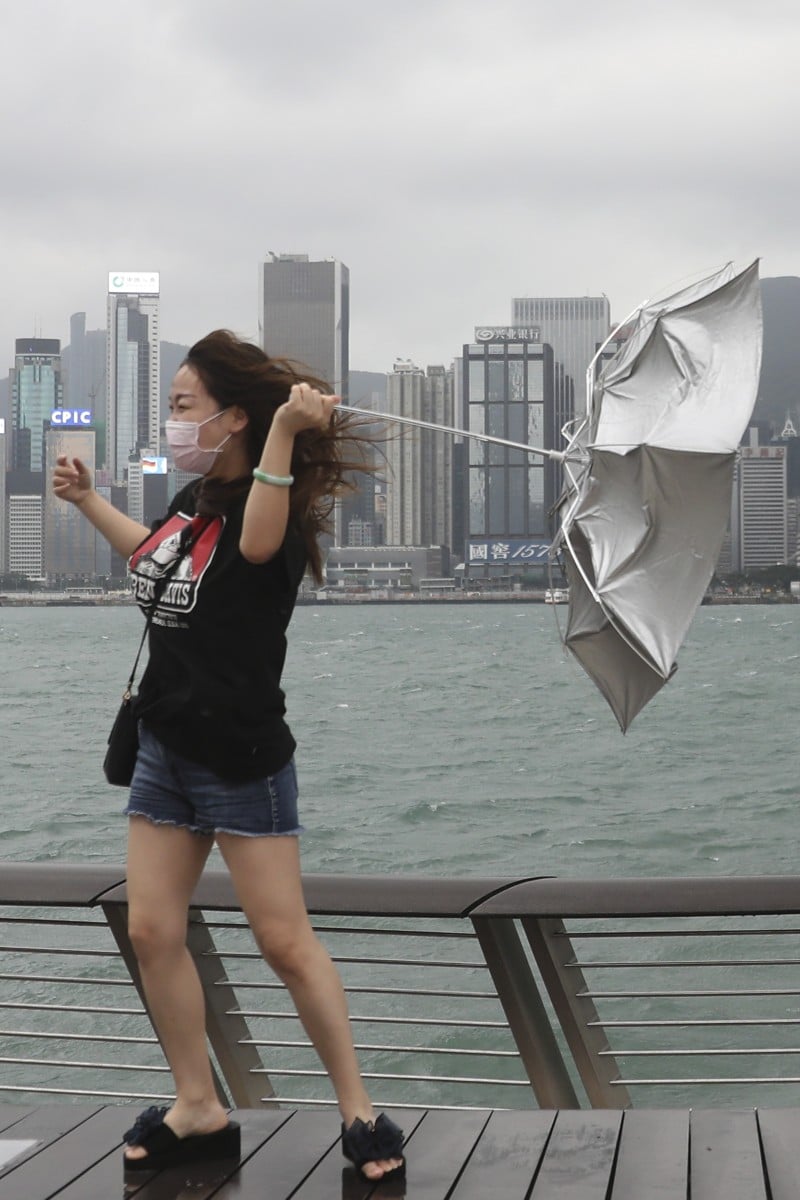 Summer 2021 could be among hottest on record for Hong Kong A woman fights against strong winds during a typhoon in Tsim Sha Tsui. Scientists predict storms could be especially severe this year. Photo: SCMP /Winson Wong

Forecasters at the Hong Kong Observatory said the city could expect between five and eight cyclones in 2021, and with the past two years in the top 10 for high temperatures this year could be equally uncomfortable for residents.

On Tuesday, the Observatory’s director, Dr Cheng Cho-ming, said the annual mean temperature this year would rise above normal, with a strong chance of 2021 reaching the top 10 hottest years since records began in 1884.

“It’s worrying because it really indicates that global warming is here,” he said. “We can’t say that in the next one to two years whether we will break the record, but at least we are seeing that the global warming effect will be there.”

The Observatory predicts the city’s annual typhoon season may start in June or earlier, and expects around five to eight tropical cyclones coming within 500km of Hong Kong.

While Cheng said the expected start of typhoon season was “not really abnormal”, and it was hard to predict the severity, he warned Hong Kong may see more severe storms as an “effect of global warming”.

“The mean temperature is on the rise, that means it can hold more water vapour and that water vapour is energy for tropical cyclones to develop,” he said.