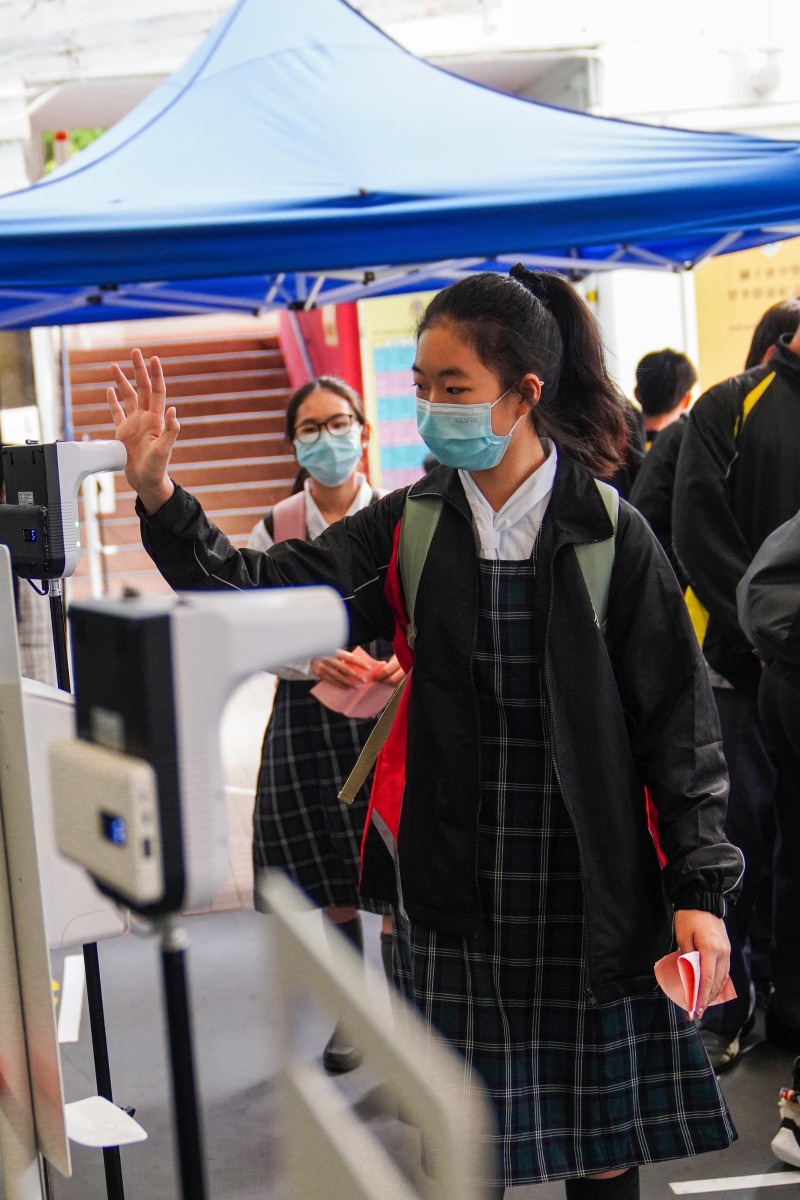 One school welcoming back students in person on Thursday was Lions College in Kwai Chung. More than 500 secondary students went in for morning classes, with a further 120 expected in the afternoon.

“I am really excited to be back. During online classes, there were fewer chances to chat and learn with my classmates,” Form Four student Daisy Deng Shuyi said.

“I also hope that lab sessions can resume for biology class … which I really enjoy. We haven’t been able to do them over the [past year].”

The 15-year-old said she was now returning to school for about four days each week for face-to-face sessions, up from two days before the Easter holiday, as the school had been arranging to bring back different grades on different days.

Another student, 16-year-old Jackson Wong, said he was looking forward to catching up with his learning progress now that he had more days on campus.

What do you hate most about Zoom lessons?

“I can get more help from teachers and classmates for subjects such as [maths],” Wong said. “During home learning, there can be many distractions, such as [playing with] my phone.”

The school principal, too, was pleased to have students and teachers back on campus.

“I feel it’s definitely time to relax the rules. Many students and parents have already waited so long for the [announcement],” said Kwok Yui-ham.

Government figures as of Wednesday showed that about 17 per cent, or 190, of some 1,100 primary and secondary schools, as well as 790 out of about 1,050 kindergartens, were planning to or had already brought back all pupils for half-days now that they were screening their faculty fortnightly.

The government incentives, however, were criticised by some in the school sector, with a number of principles and teachers expressing concern about their feasibility.