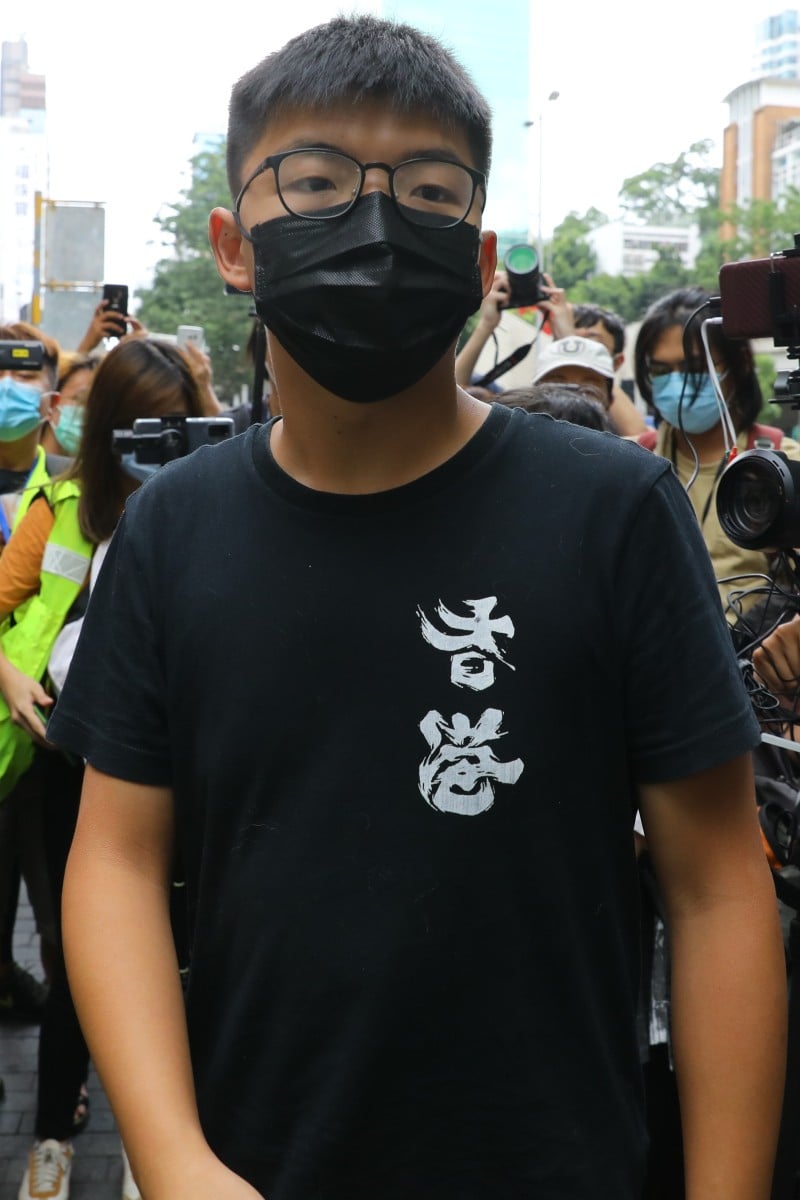 Pro-democracy activist Joshua Wong Chi-fung has been given another prison sentence, this time for four months, for taking part in an authorised rally and violating a government-imposed mask ban more than a year ago.

Wong is already serving a 13½-month prison term for incitement and organising an unauthorised assembly over a 15-hour siege of police headquarters in Wan Chai that took place on June 21, 2019.

Eastern Court on Tuesday sentenced the 24-year-old on charges arising from a demonstration on October 5, 2019, when hundreds of people marched from Causeway Bay to Central in protest against a government-imposed mask ban, which came into effect that morning.

His co-defendant, 75-year-old veteran activist Koo Sze-yiu, who took part in the same rally, was jailed for five months, just six days after he completed his jail term in a separate case.

City leader Carrie Lam Cheng Yuet-ngor had invoked a colonial-era emergency law to prohibit facial coverings at demonstrations in a bid to quell months of anti-government protests, sparked by a now-withdrawn extradition bill.

The Court of Final Appeal has upheld the legality of the ban for all public assemblies, meetings and processions, saying it was necessary for dealing with the frequent violence that accompanied the protests.

Prosecutors alleged that Wong and Koo took part in the October protest knowing it was not sanctioned by the police commissioner.

Most of the participants were said to have worn masks and chanted slogans including “Five demands, not one less”. The pair’s involvement could be seen in multiple news clippings.

On the day in question, Wong was seen giving media interviews and taking a selfie with a foreign journalist during the procession, while Koo was holding a long, narrow flag emblazoned with the words “Glory to Hong Kong”.

Did BTS refer to the protests with ‘Be Water’ merch?

Wong is set to plead guilty to still more charges at the end of this month in a separate case connected to his role in an unauthorised assembly on June 4 last year, when residents defied a government social distancing measure and flocked to Victoria Park to commemorate the 1989 Tiananmen crackdown.