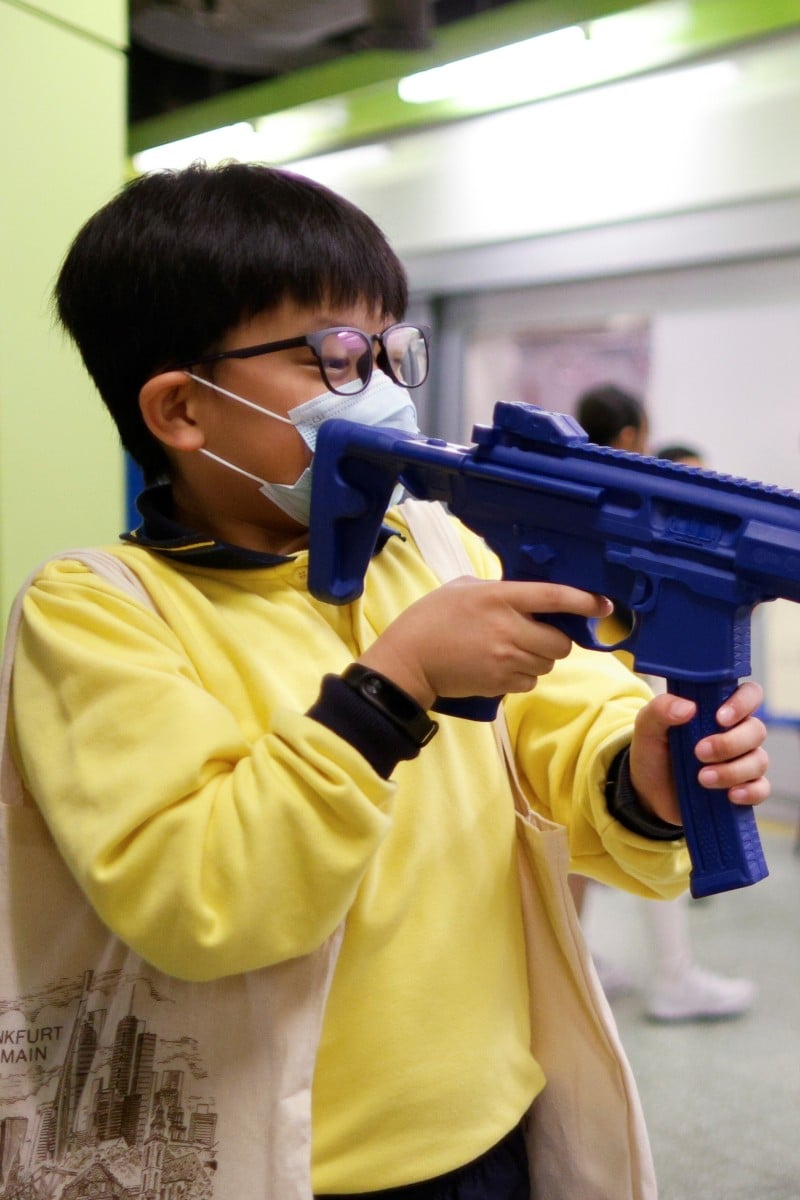 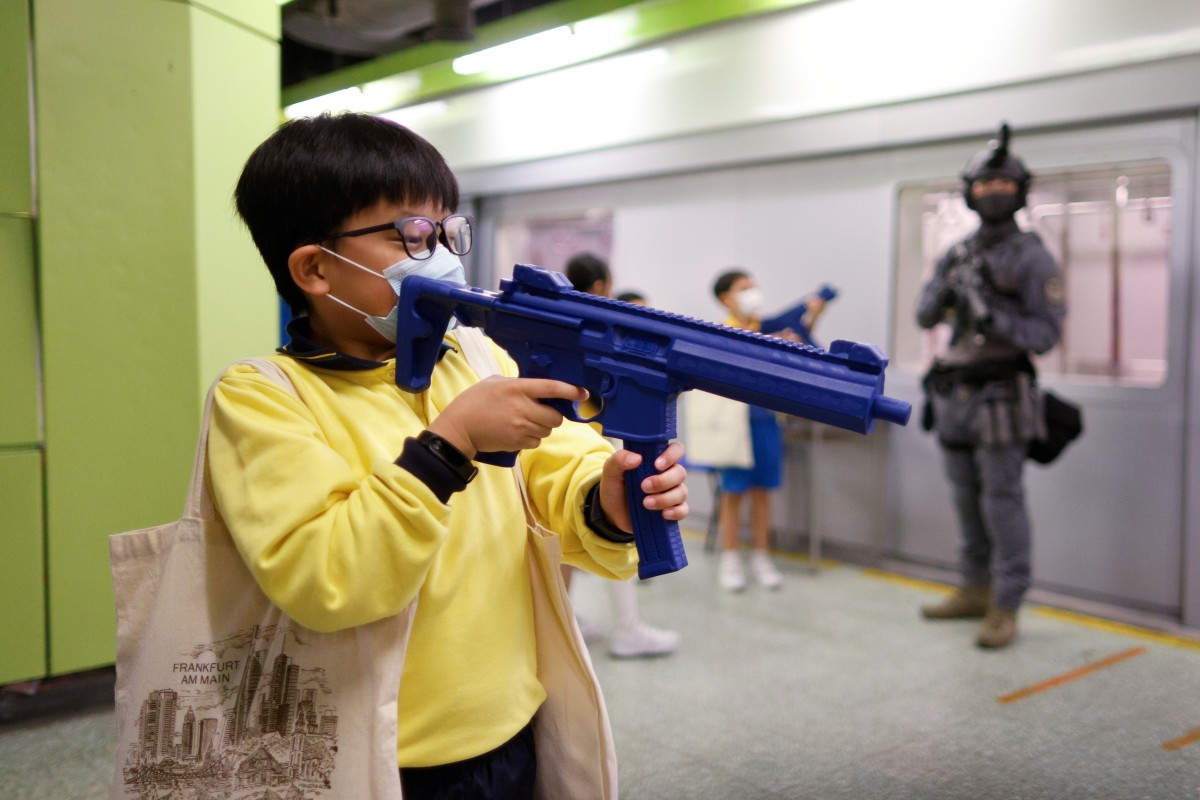 Children play with toy guns next to a member of the Railway Response Team at a model of an MTR station. Students visited the Hong Kong Police College during an open day to mark National Security Education Day. Photo: Reuters

The row about National Security Education Day rumbles on. Parents have complained about children being allowed to play with toy guns, while the police force’s chief slammed the doxxing of a school that took part in the event.

Commissioner Chris Tang Ping-keung said that students who visited the police college tactical training complex in Wong Chuk Hang for the event last Thursday have been vilified and their school harassed online.

Tang also accused some media outlets and academics of “smearing the force” through their coverage and commentary.

A photograph of a schoolgirl pointing a toy gun at a classmate in a train carriage was widely shared online. In one critical media report, Apple Daily put it beside an image of a controversial crackdown during the 2019 anti-government unrest, when police officers stormed the MTR at Prince Edward station on August 31 to chase protesters.

News footage released during the time showed officers using batons and pepper spray on protesters inside the train carriages, leading to accusations of excessive force.

Teachers can be held responsible for ‘biased’ teaching materials

The Po Leung Kuk charity group, which runs scores of schools across the city, said its students had “just been playing with each other” and said it would remind students not to engage in “misleading behaviour.”

A father surnamed Chong, from the concern group Hong Kong Parents League for Education Renovation, said many people had expressed doubts about arrangements for the event.

“Some parents felt it was chilling,” said the father of two primary school children.

Lawmakers call for cameras in classrooms

He questioned whether it was suitable to give weapons to children at a police open day, and if it went against teaching the value of resolving conflicts through peaceful means.

“[The police chief] described it as children innocently playing, but most people don’t think playing with weapons is innocent. Many parents cannot accept his interpretation of the incident,” Chong said. “Does this imply that national security can be achieved merely by using weapons?”

Fung Wai-wah, president of the 100,000-member Professional Teachers’ Union, believed the force should review its open-day arrangements and whether it could avoid stirring up memories for some people because of the setting used.

Although in the past, firearms such as rifles and machine guns were on display and available for children to hold at open days hosted by the People’s Liberation Army Garrison in the city, both Fung and Chong pointed to differences between police and the PLA.

“[Unlike the PLA], children see police officers every day and might interact with them,” Chong said.

“Could it convey the meaning that the force is now being militarised?”