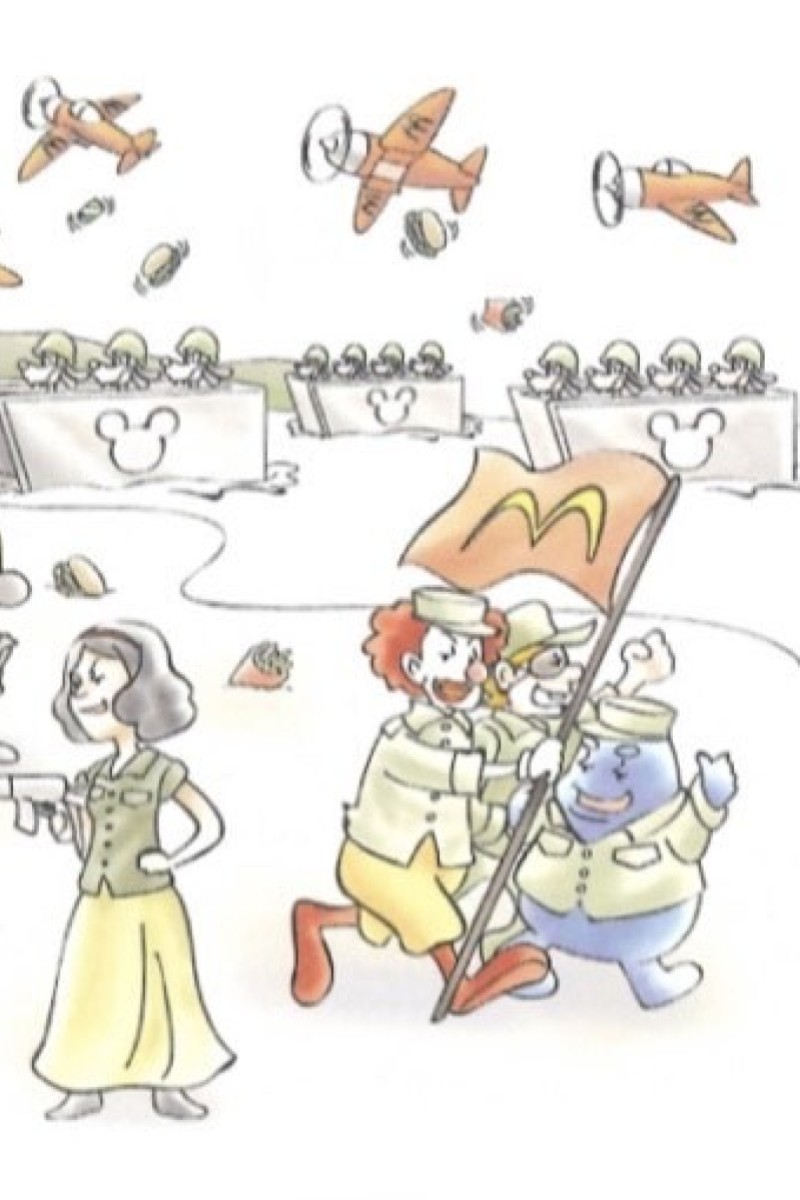 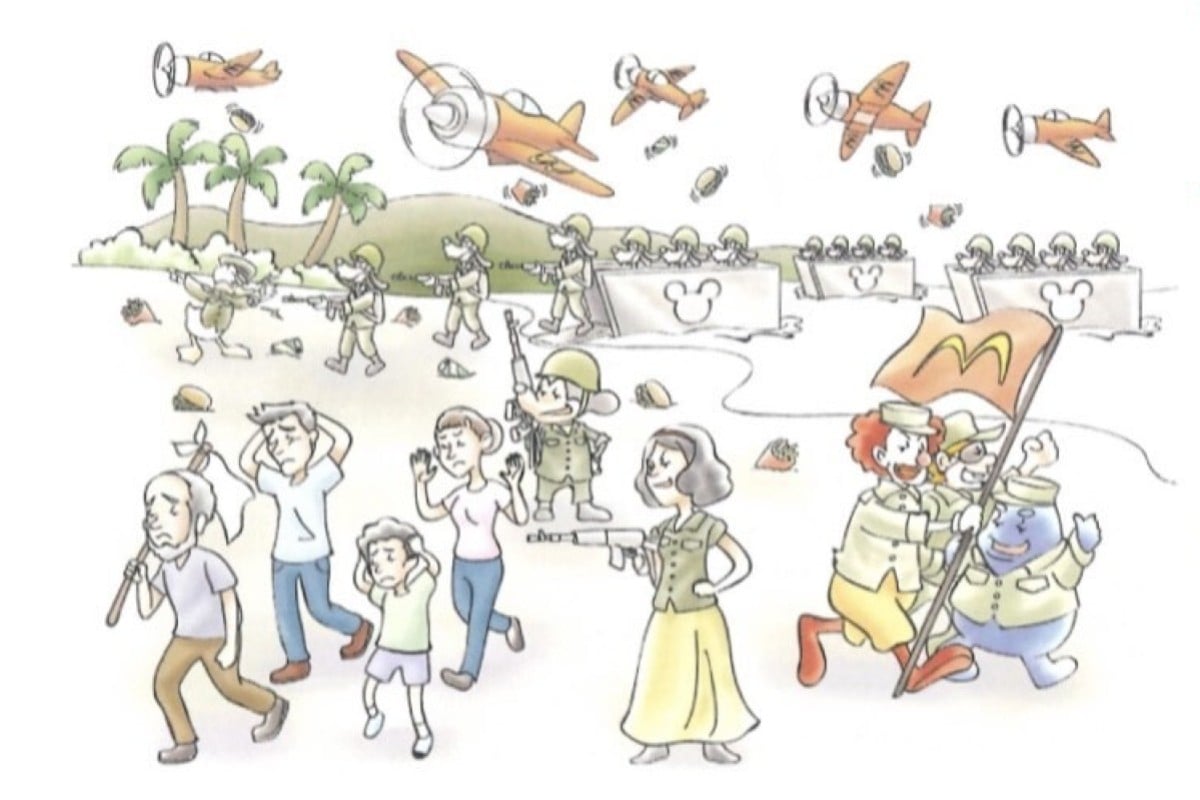 A cartoon depicting an armed Mickey Mouse look-alike, as well as a character representing Ronald McDonald in military uniform, is included in teaching materials for liberal studies. Photo: SCMP/Chan Ho-Him

A row has broken out over a political cartoon in new teaching materials to be used in class. It depicts Mickey Mouse and Goofy lookalikes in military uniforms, fighter planes dropping hamburgers instead of bombs, and evil versions of McDonald’s characters Ronald McDonald and Grimace.

The image is meant to depict how US corporations enact a “cultural invasion” on other countries. It appears in the first set of books under a controversial overhaul planned for liberal studies.

The same cartoon was also used in a 2018 edition of the publisher’s liberal studies textbook.

Teachers are split over the changes to liberal studies

Last Thursday, publisher Marshall Cavendish Education responded to the criticism and told SCMP the books were “transitional teaching materials” mainly for teachers’ reference, and might be updated after consulting educators.

Under an overhaul by education authorities, the subject will be renamed “citizenship and social development”, while its content will be cut in half, with a stronger focus on elements including national security, patriotism, national development, and lawfulness.

What students think of the liberal studies changes

A draft version of a new set of reference books by Marshall Cavendish Education showed three themes, instead of the existing six, under the subject’s overhaul, namely “Hong Kong under ‘one country, two systems’”, “our country since reform and opening-up”, and “interconnectedness and interdependence of the contemporary world”.

Accompanying the cartoon of the cultural invasion are teaching guidelines suggesting students can learn how multinational corporations have invaded local cultures when they enter local markets in developing countries. The message is largely against cultural imperialism.

The chapter encouraged students to discuss Western influence on global values, as well as whether it resulted in cultural homogenisation or diversity.