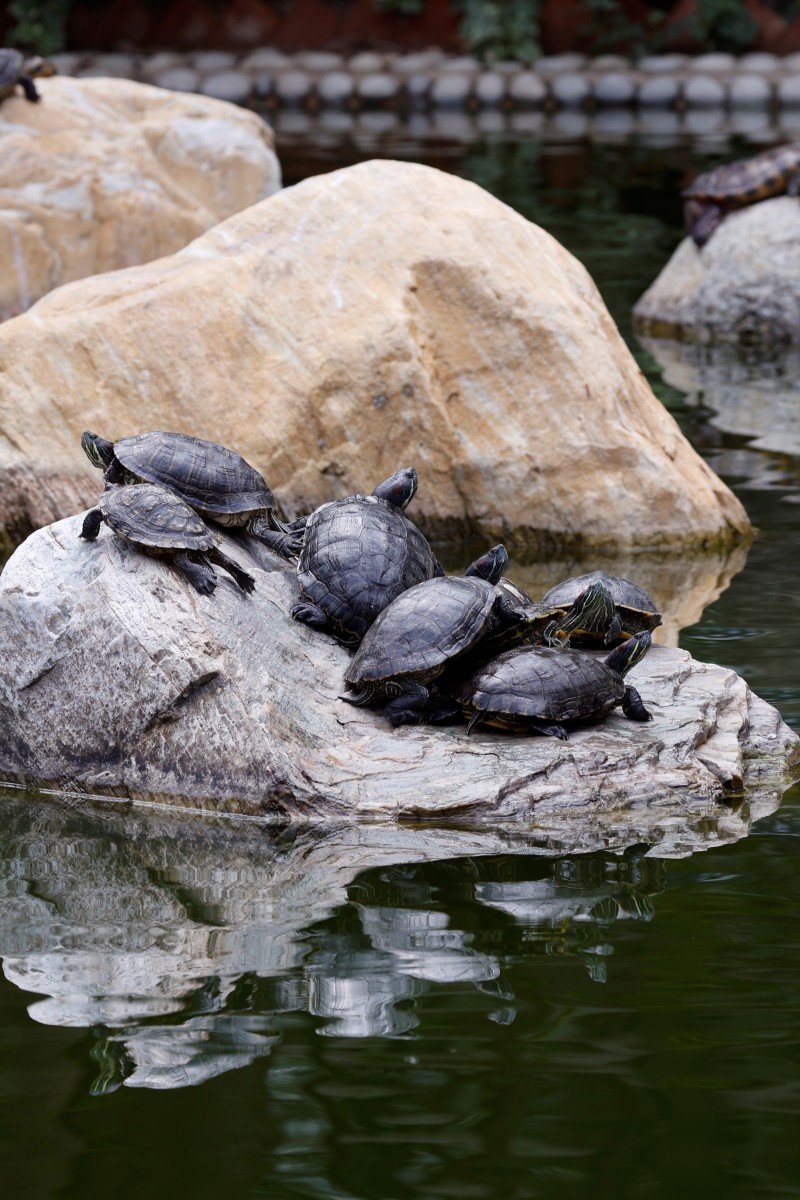 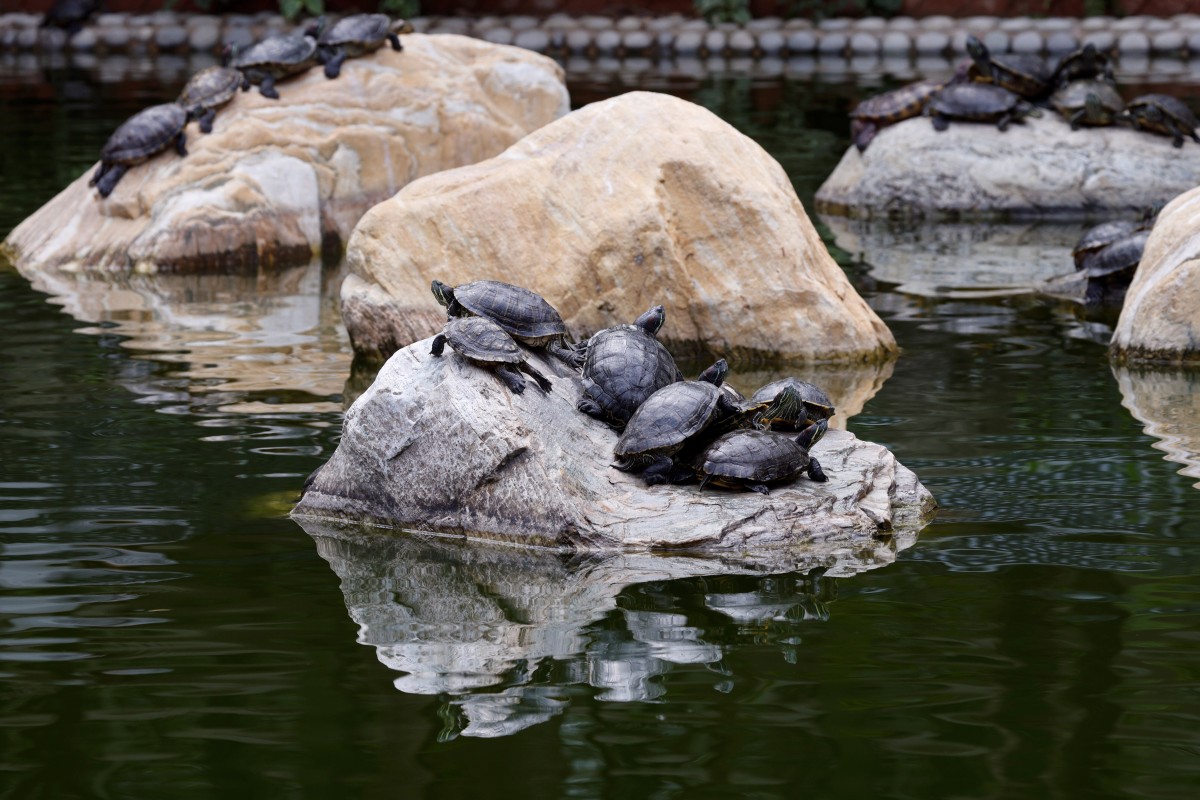 Animal concern groups have asked people to stop mercy releasing turtles and other animals into the wild, as they often get injured or die. Photo: Reuters

At a drainage pool near a popular hiking site in Tai Po , a group of volunteers armed with snorkels, nets and gloves wades through the muddy water to find dozens of turtles left behind.

The red-eared slider turtles were released into the wild through a practice known as “mercy release” - a concept rooted in a Buddhist belief that freeing animals brings good fortune.

But many animals are being intentionally captured and sold just to be set free, animal experts said, while the turtles often get hurt or even die after being left in waterways.

People pray next to boxes containing sea creatures before releasing them at the North Point Ferry Pier, a popular place for mercy release. Photo: Reuters

There are also concerns that the release of the red-eared slider, which is not native to Hong Kong, could disrupt the local ecosystem and pose a risk to public health.

Thousands of animals are affected every year and scores are likely to be released in the days leading up to Buddha’s birthday on May 19, conservation experts said.

“It’s not suitable for these turtles to live in places like these catchwater drains or ponds because they are not a local Hong Kong species,” said Sean Lai, who runs a concern group for abandoned turtles.

“If they used to be cared for by humans, they won’t be able to hunt in the wild, and they may not be able to catch the fish, shrimp, or food they need and they’ll starve to death. Or due to the change of weather, they might freeze to death or die from the heat.”

Lai said at least 28 out of the more than 80 turtles his group found in the drainage outlet this year were dead. Some had “mercy release” written on their shells in Chinese characters.

He said his volunteers are taking care of more than 60 injured turtles - from treating skin infections to broken shells - and that the animals would be put up for adoption when they returned to health.

Sean Lai, who runs a concern group for captured animals, applies ointment to a turtle that had been mercy released. Photo: Reuters

Releasing a foreign animal could not only damage the local ecosystem but could pose a risk to public health down the line, Crow said, as they could carry bacteria, viruses or parasites from other countries.

Hong Kong’s Agriculture, Fisheries and Conservation Department said that while mercy release is not illegal, it could be detrimental to animal welfare and spread disease. If the practice causes unnecessary suffering, it may also breach the city’s legislation on the prevention of cruelty to animals.

Where to find Hong Kong’s most unique flowers

The department said it would continue to promote animal welfare.

The Hong Kong Buddhist Association said it did not urge people to release animals into the wild and that some “inappropriate practices” had caused physical harm to animals, threatened the environmental balance and led to criticism.

“We hope people can understand the traditional way of mercy release is not the only way to help animals,” it said, recommending alternatives such as “adopting a vegetarian lifestyle and protecting and enhancing wildlife habitats.”