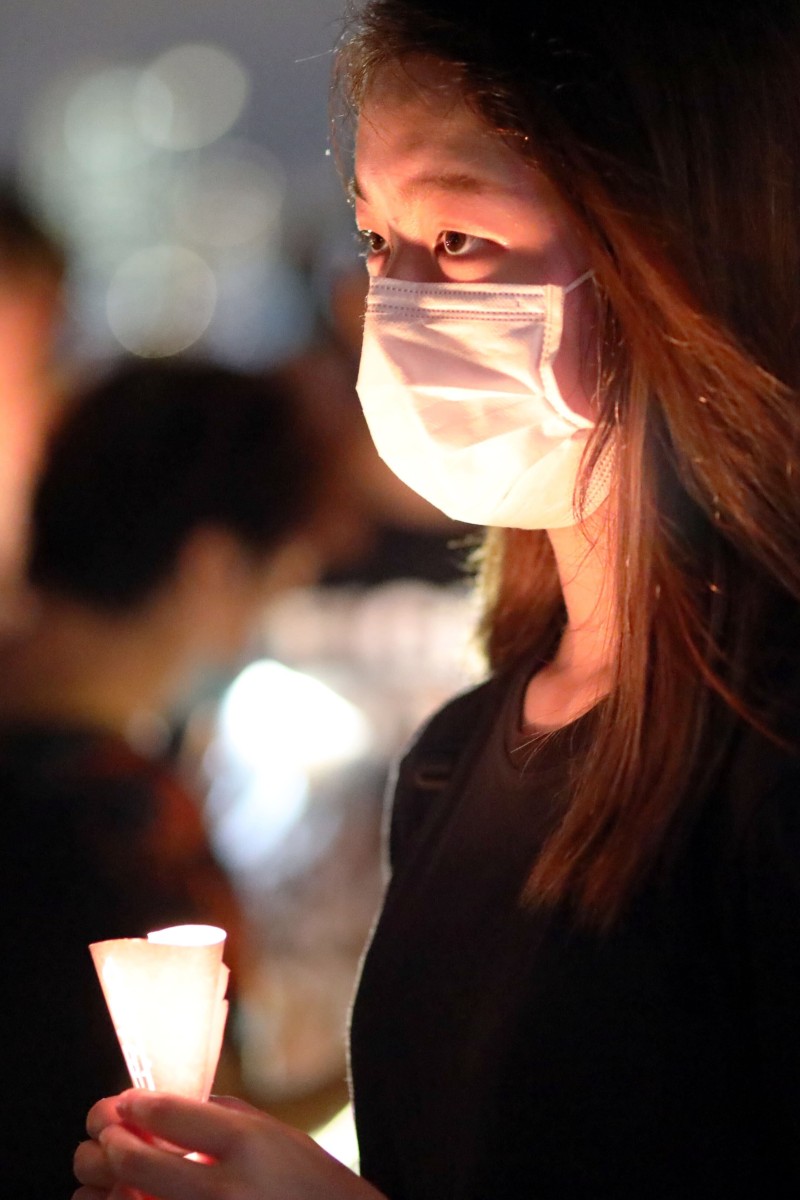 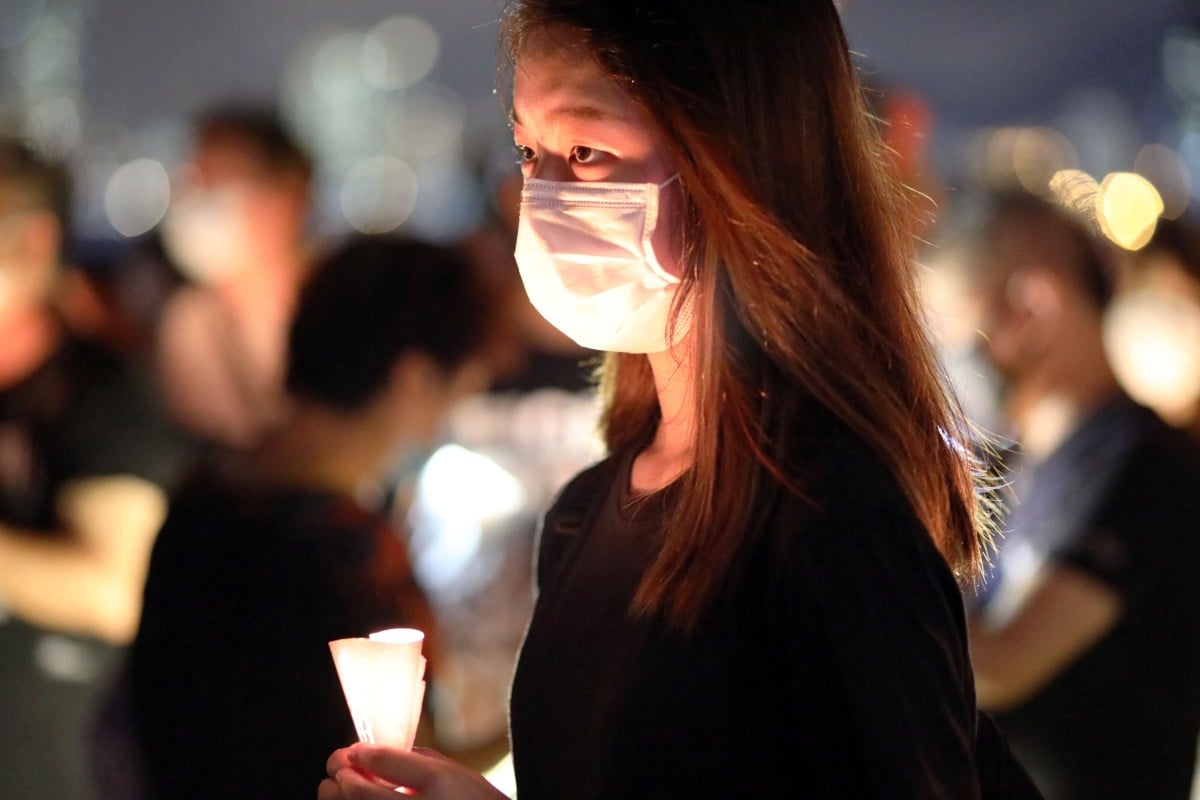 Although the official gathering in Victoria Park was cancelled last year because of the pandemic, some still met at the Kwun Tong Waterfront during the annual Tiananmen candlelight vigil. Photo: SCMP/ K. Y. Cheng

Police plan to have more than 3,000 anti-riot officers in reserve to stop any possible unauthorised gatherings tomorrow, force insiders have warned. They banned the annual June 4 candlelight vigil in Victoria Park on the grounds of public health amid the coronavirus pandemic, for the second year in a row.

But they stopped short of outlawing it under the national security law, despite accusations from pro-establishment figures that the alliance’s goal of “ending one-party dictatorship” in China was subversive.

This year’s commemoration of the 1989 Tiananmen crackdown will be the first since the imposition of the Beijing-decreed legislation, which bans acts of secession, subversion, terrorism and collusion with foreign forces.

If people still take part in an unauthorised assembly at the park tomorrow evening despite the ban, the police source said they should be prepared for a strict response.

“A lenient approach on unauthorised assemblies is not expected, as our operations need to bring deterrent effects after courts handed down lengthy jail terms to protesters,” they said.

The Hong Kong Alliance in Support of Patriotic Democratic Movements of China said it would drop calls for people to show up at the park, and unlike in 2020, would not run a ceremony online this year.

The alliance has also shut down its June 4 museum commemorating the 1989 crackdown, a day after the government launched an investigation following a licensing complaint.

“The management committee of the June 4 museum agreed following a meeting that more legal advice has to be sought over the incident,” the alliance said.