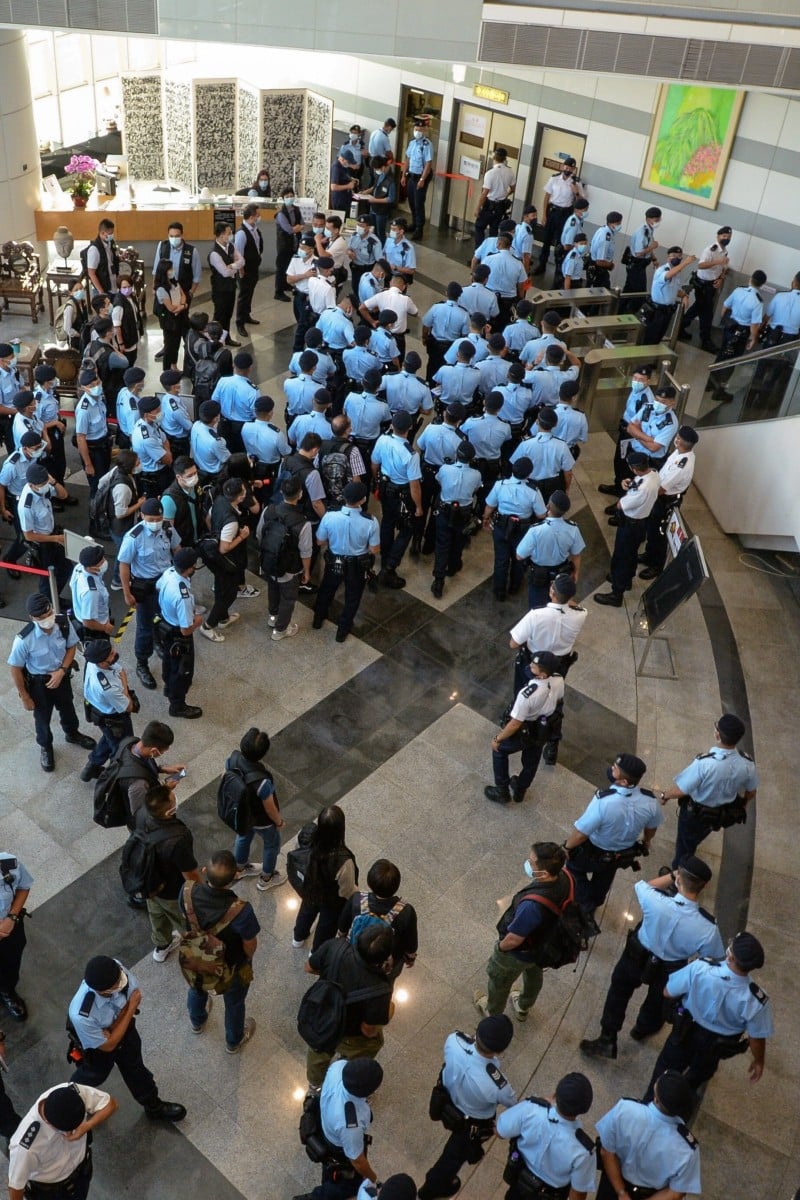 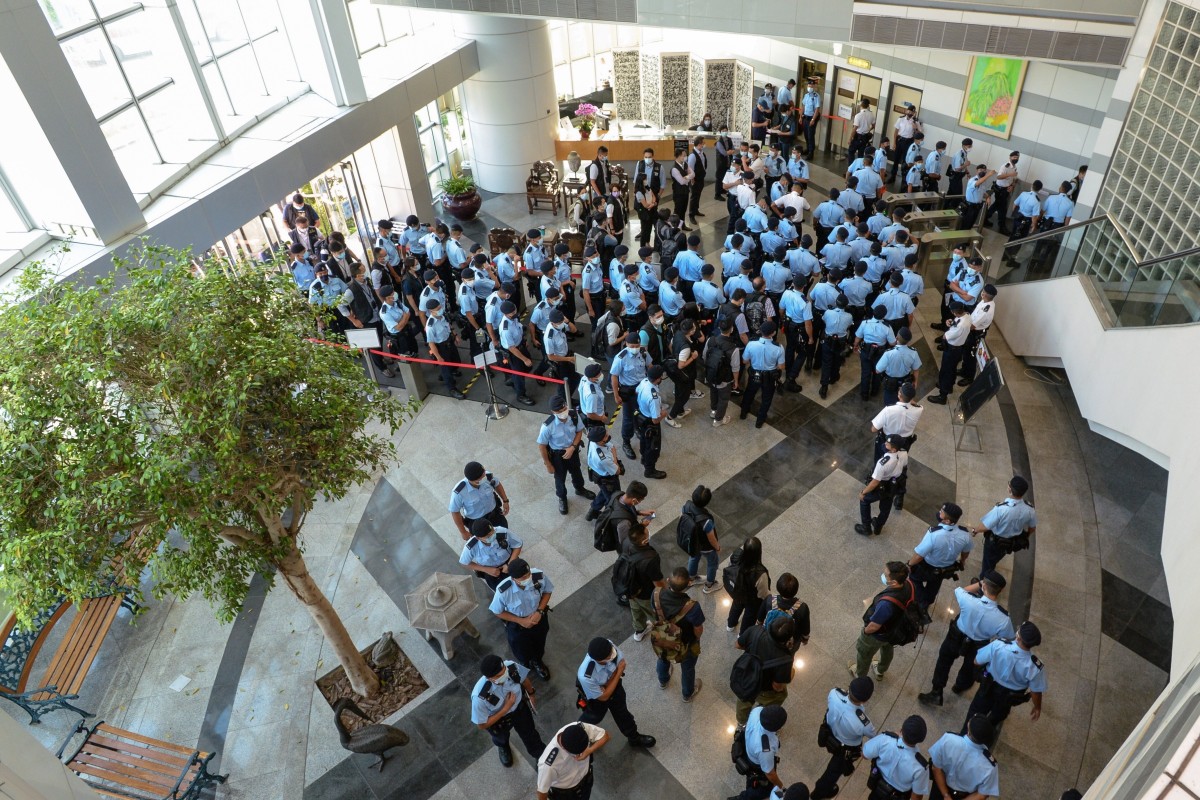 Hong Kong’s national security police have cited more than 30 Apple Daily articles calling for sanctions against the city and mainland China in arresting the tabloid’s editor-in-chief, publisher and three other executives early on Thursday for breaching the Beijing-imposed legislation.

They said the publication of such articles was evidence of a conspiracy to collude with foreign forces in violation of the national security law.

The articles, which appeared in print and online in both Chinese and English, had called for other countries to impose sanctions on Hong Kong and China, he said.

Li said the arrestees were the proprietor, publisher and editor of the newspaper and thus played “a very important role for the articles [published] and the operation of the newsroom”.

“There’s very strong evidence that the questionable articles played a very crucial part in the conspiracy, which provided ammunition for foreign countries, institutions and organisations to impose sanctions on Hong Kong and the People’s Republic of China,” he said.

“We are not targeting the media, but only an organisation that is allegedly violating Article 29 of the national security law. We value the freedom of press,” Li added, before reminding Apple Daily staff to “be careful” to avoid doing anything that might violate the legislation.

Earlier in the day, Hong Kong’s national security police arrested the editor-in-chief and four other directors of Apple Daily early on Thursday in the latest operation under the Beijing-imposed legislation.

Police said five directors were arrested for suspicion of conspiracy to collude with a foreign country or with external elements to endanger national security, contravening Article 29 of the law. Searches were conducted on their respective residences, but none had yet been charged.

“Reports published in the paper allegedly constituted the offence under the national security law,” one police source, who refused to elaborate, said.

At about 7am, more than 200 officers entered the Tseung Kwan O premises of the news outlet to carry out a search with a court warrant. They then blocked the building’s entrances and exits, while requesting that all staff register before entering.

RTHK free to criticise government ‘as long as it is objective’

Journalists were not allowed to return to their desks and employees were restricted to the canteen. They were also barred from live-streaming the raid or taking video.

At about 9:30am, Law, the editor-in-chief, was escorted into the building by police to assist with the investigation. A police source said the other four arrested would be brought to the headquarters as well.

“This place is now a crime scene, and you should stop recording,” an officer told reporters outside.

In a statement, police said the national security law covered the power of search and seizure in regards to journalistic materials and that the operation was aimed at gathering evidence of its suspected violation.

Around the same time the raid took place, Law was seen being taken away by police from his residence in Quarry Bay, and the other directors were arrested at their homes as well.

The morning operation marks the second series of arrests involving senior executives at the newspaper. Last August, the force arrested the group’s founder, Jimmy Lai Chee-ying, and nine others, including his son, for suspected national security or fraud offences.

Lai is currently behind bars for his role in three separate unauthorised assemblies in 2019 and last year.

In April, the pro-Beijing Ta Kung Pao newspaper published a commentary saying the tabloid should be banned, considering its long-standing role in promoting “Hong Kong independence”.

The commentary specifically singled out an April 15 article reporting on a pro-independence groups’ outdoor advertising campaign in London, saying it was more “like a publicity draft of a Hong Kong independence organisation” than a news story.

“Has such a report crossed the boundaries of the national security law?” the commentator asked.

Former Hong Kong chief executive Leung Chun-ying also took to social media in May to ask if Apple Daily had turned into a subversive organisation by distributing protest slogans in copies of the tabloid during 2019’s social unrest.