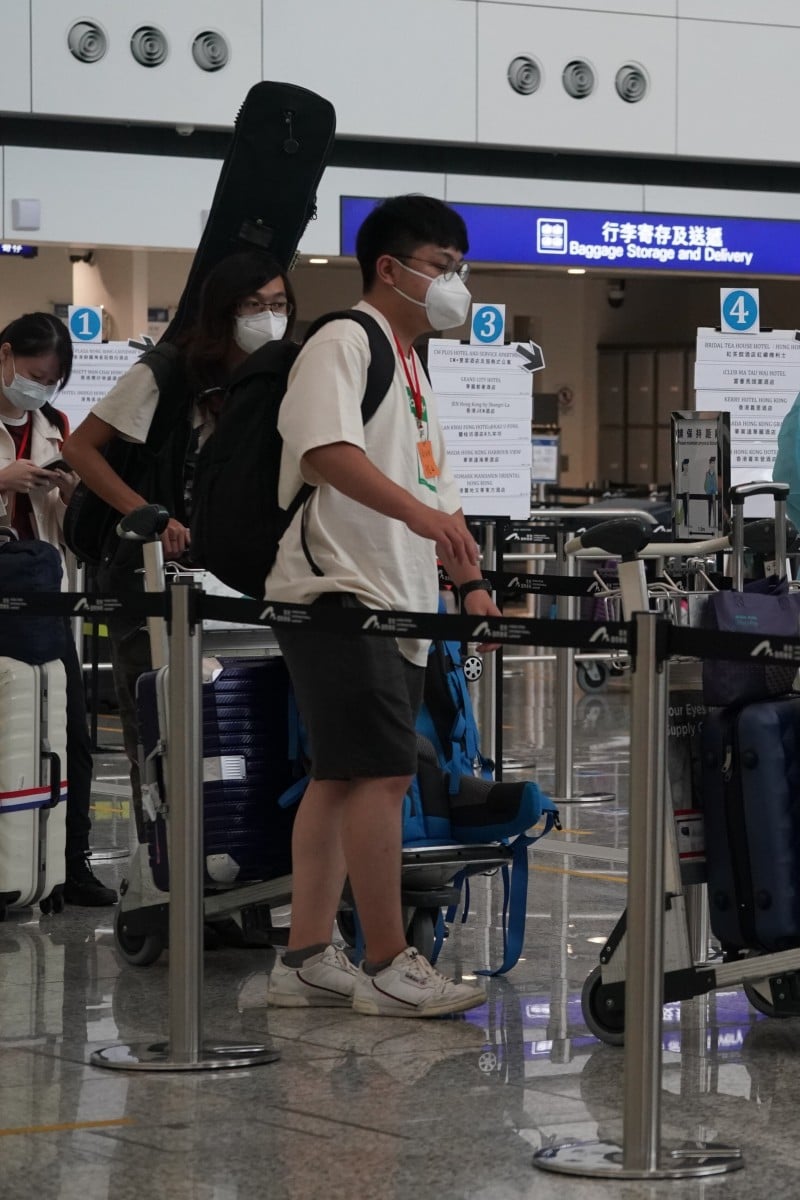 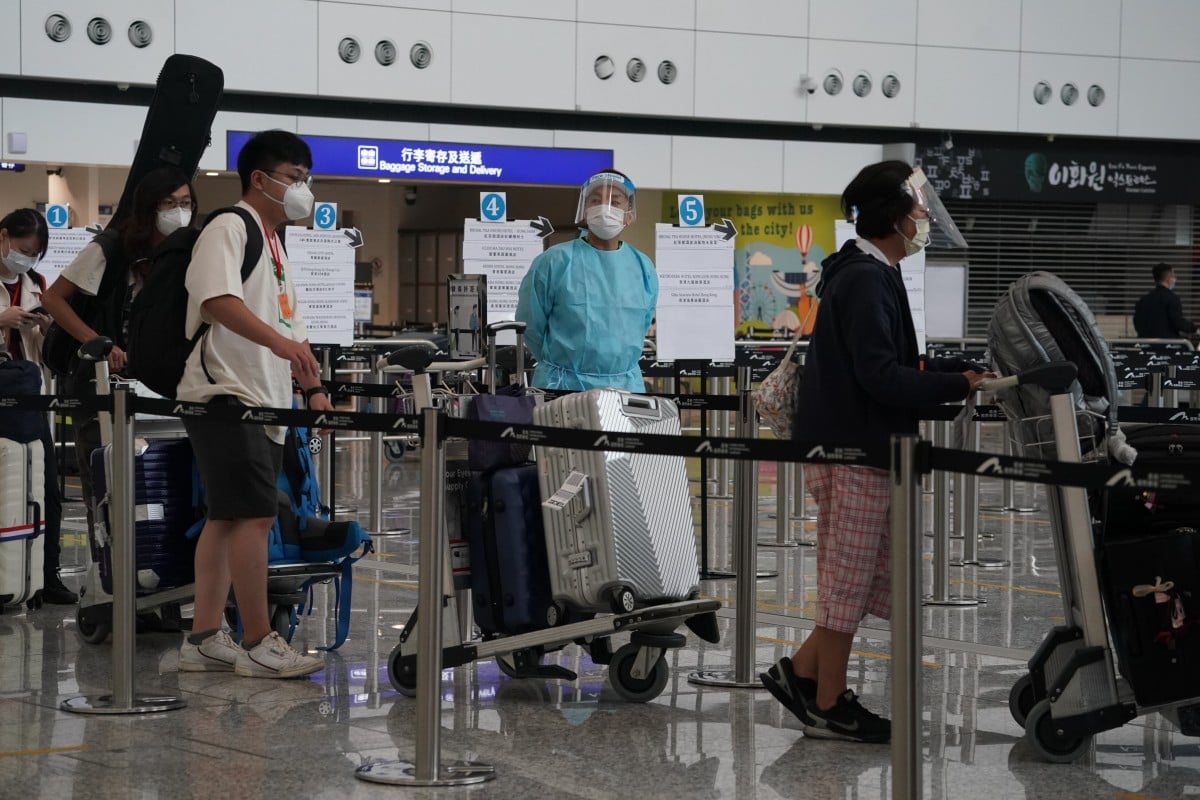 Unvaccinated students in Britain will be allowed to return to Hong Kong beginning next week, so they can see their families during the summer holiday. Photo: SCMP/ Felix Wong

Unvaccinated students stranded in Britain can return to Hong Kong starting from early next week, as well as vaccinated residents and workers from some extremely high-risk areas, provided they hold a recognised Covid-19 jabs record.

A source familiar with the matter said the arrangement for children stuck in Britain, one of eight countries deemed extremely high-risk by the Hong Kong government, was made on compassionate grounds, allowing them to reunite with their families during the summer holiday.

In addition to allowing them to see their families, this will also give them the chance to get the jab in Hong Kong, as they are not yet eligible for the vaccine in Britain.

For all other arrivals, only those who were fully vaccinated in countries where regulatory authorities were recognised by the World Health Organisation (WHO) will be allowed to enter the city, meaning inoculation records issued by the Philippines and Indonesia, where most of the city’s domestic helpers come from, would not be accepted.

Only those holding vaccination records issued by Hong Kong, mainland China or countries recognised by the WHO as having “stringent regulatory authorities” would be allowed to come in.

Among the banned countries, only Britain and Ireland are on the WHO list.

The source said there was an issue on how to authenticate and trust vaccination records issued by countries outside the WHO’s list of stringent regulatory authorities.

All arrivals, regardless of the country’s risk level, will also need to present a negative Covid-19 test result before boarding a flight to Hong Kong. Travellers from medium or low-risk places are currently exempted from such requirements.

“We need to take tight border control measures amid rampant variants, especially the Delta one worldwide ... while striking a balance to allow Hong Kong residents from high-risk places to return,” the source said on Wednesday.

Fully vaccinated arrivals from extremely high-risk countries will still be subject to 21 days of quarantine in a designated hotel, four tests during isolation, another week of self-monitoring, and testing on the 26th day upon arrival.

Hong Kong confirmed three imported Covid-19 cases on Wednesday, including two people who were fully vaccinated. The cases, involving arrivals from Namibia, Cyprus and Ghana, brought the number of confirmed infections to 11,955, with 212 related deaths.