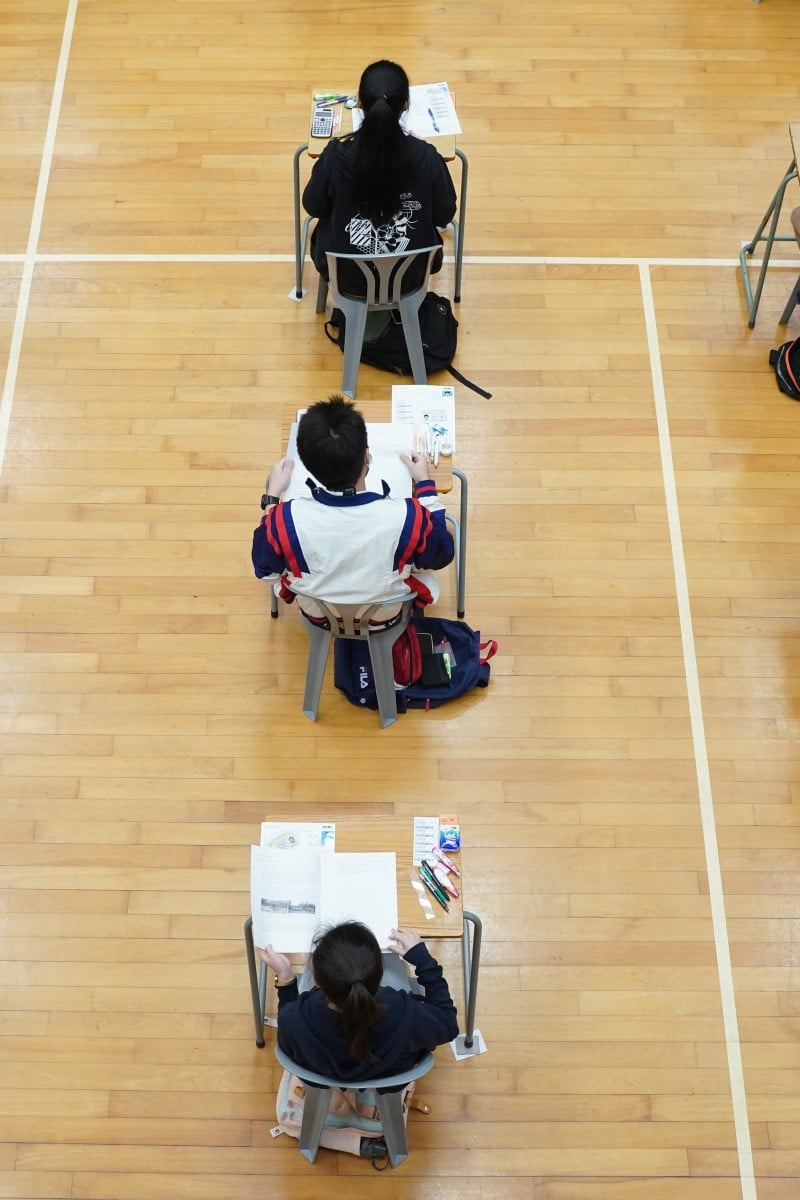 Seven Hong Kong students have achieved perfect scores in this year’s university entrance exam, the Examinations and Assessment Authority has announced, in a year that saw a record low of 49,976 teens taking the exam since it was introduced in 2012.

How to prepare yourself for HKDSE results day

Three male and four female students attained a level 5** – the highest score possible – in all four core subjects and three electives in the Diploma of Secondary Education (DSE) examination.

Of the seven top scorers this year, one male and two female students were crowned “super top scorers” for earning an additional level 5** in an extended mathematics module elective.

“The 2021 HKDSE is challenging ... Candidates not only had to face uncertainty during the pandemic, [but] their learning progress was also affected. A number of candidates even had to take examinations at the quarantine centre,” Wei Xiangdong, the exam authority’s secretary general and an economics professor at Lingnan University, said on Tuesday.

Almost 50,000 students took the DSE exam between April and May this year, with about 17,000 of day school candidates achieving the minimum requirement for local undergraduate programmes - slightly fewer than last year’s number of about 18,000. They will now be competing for about 13,000 subsidised first-year university places.

All your Jupas questions answered

Four students with special educational needs (SEN) achieved 5** in four subjects, with one of them also scoring a perfect score in the extended Mathematics module.

The exam authority said SEN students had made improvements in their exam results this year. Of the 3,001 SEN candidates, 20.5 per cent achieved the minimum requirement for entering local universities, a 3.3 per cent increase from last year.

This year, seven candidates sat their exams at the Penny’s Bay Quarantine Centre, under a special arrangement for those who were undergoing compulsory quarantine during the examination period.

Seven HKDSE candidates had a special arrangement, as they were undergoing compulsory quarantine during the examination period. Photo: Handout

This year, written exams were delayed by a month for the second year in a row due to the Covid-19 outbreak.

Some 133 candidates were absent due to various illnesses or other unspecified issues, and thus applied for their DSE results to be assessed according to their school exam results.

Eight students were caught taking photos inside exam venues , down from 23 cases last year. These students received a score penalty.

Last year also saw seven students who had achieved perfect scores, down from 12 in 2019.