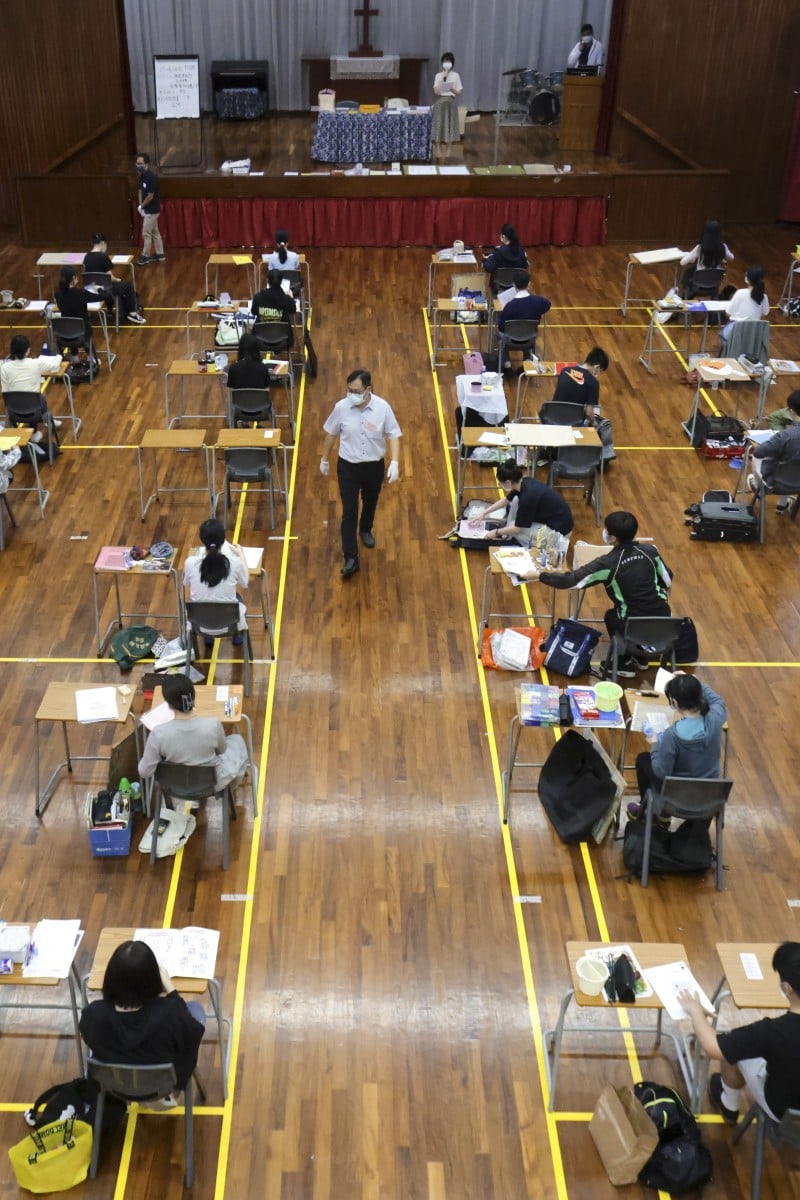 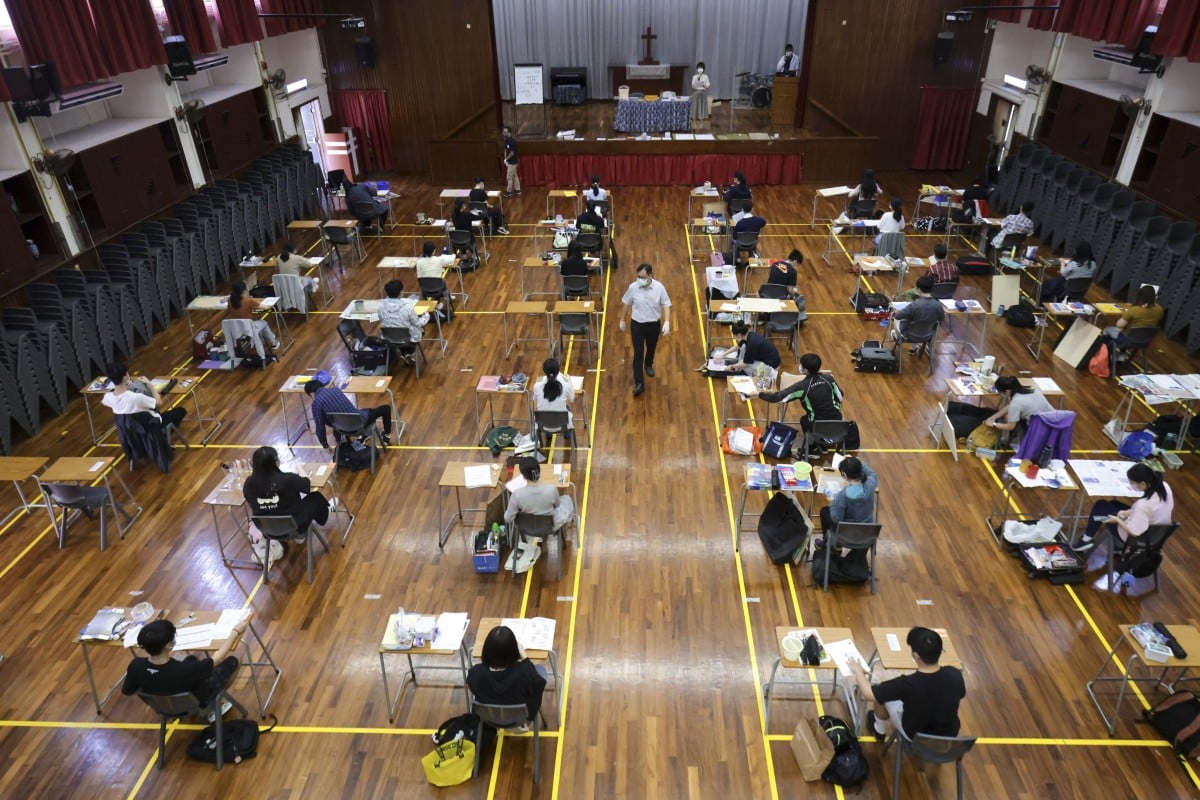 Nearly 50,000 students sat for this year's DSE exams - the fewest since they were introduced in 2012. Photo: SCMP/ May Tse

Hong Kong’s Diocesan Girls’ School (DGS) has much to celebrate after this year’s university entrance exam as two students achieved perfect scores, making it the only school to present top scorers for six straight years.

In total, seven Hong Kong students have achieved perfect scores - a level 5** in all four core subjects and three electives - in the Diploma of Secondary Education (DSE) examination, the same number as last year but down from 12 in 2019.

How to prep yourself for DSE results day

Among the seven perfect scorers, one from DGS, another from St Mary’s Canossians College, and a third from Po Leung Kuk Tang Yuk Tien College were crowned “super top scorers” for earning an additional level 5** in an extended mathematics module elective.

DGS is the only school that has continuously had perfect scorers since 2015. It is the first time for Po Leung Kuk Tang Yuk Tien College, St Stephen’s Girl’s College and Queen Elizabeth School since the DSE was introduced in 2012.

More than 17,000 secondary school students achieved the minimum requirement for local undergraduate programmes – slightly fewer than last year’s number of about 18,000 – and will now be competing for about 13,000 subsidised first-year university places.