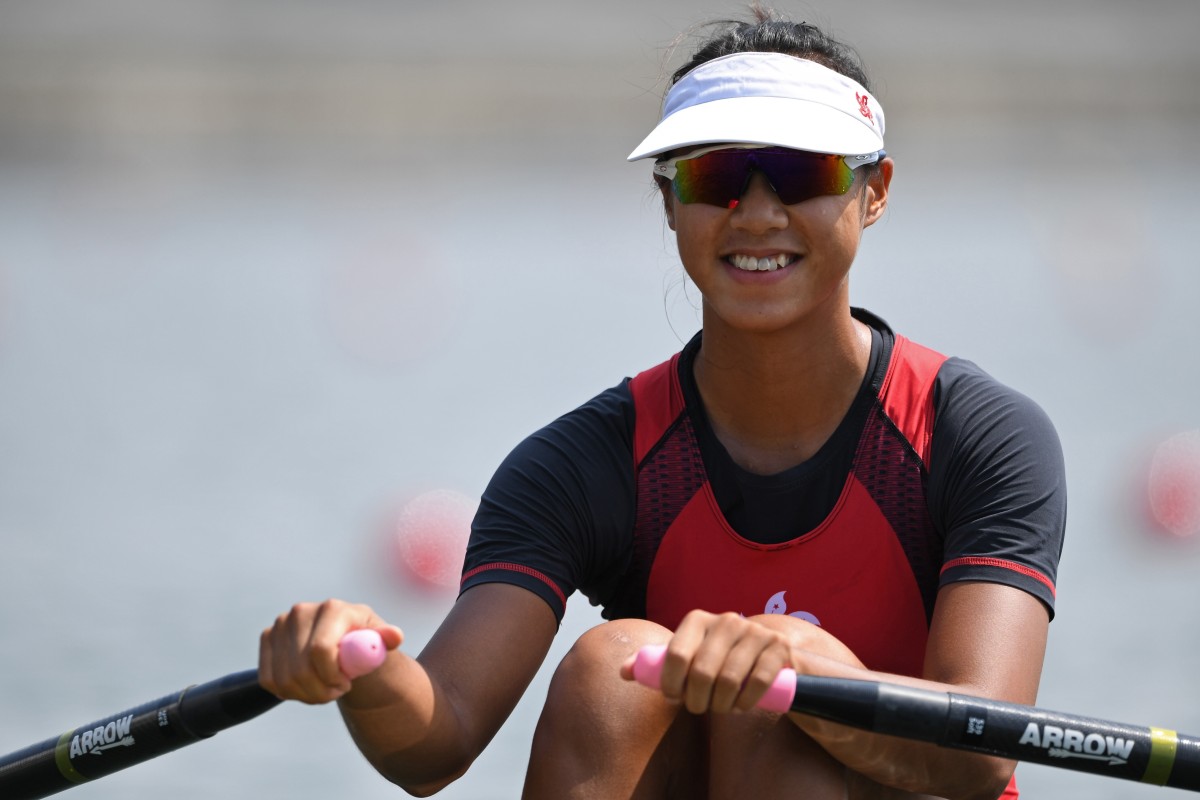 As the first Hong Kong athlete to compete in the Tokyo 2020 Olympics, rower Winne Hung Wing-yan will still have a chance to continue competing despite finishing fourth in her heat. Photo: Reuters

Hong Kong rower Winne Hung Wing-yan did not qualify for the quarter-finals in her heat on Friday, but will still move on to the repechage for another shot at her Olympics bid.

The opening ceremony of the Games will take place on Friday evening, but some events have kicked off on Wednesday.

Hung, 22, made her Olympics debut on Friday morning, becoming the first Hong Kong athlete to compete in the Games.

She finished fourth in her heat among five competitors, clocking 8:17.79.

The first three in the heat earned a place in the quarter-finals. Hung and Fraincart can join them if they do well at the repechage, which offers those who missed out another chance to qualify.

Hung became a full-time athlete at the Hong Kong Sports Institute in 2017. She earlier said she fell in love with rowing after trying it out for the first time.