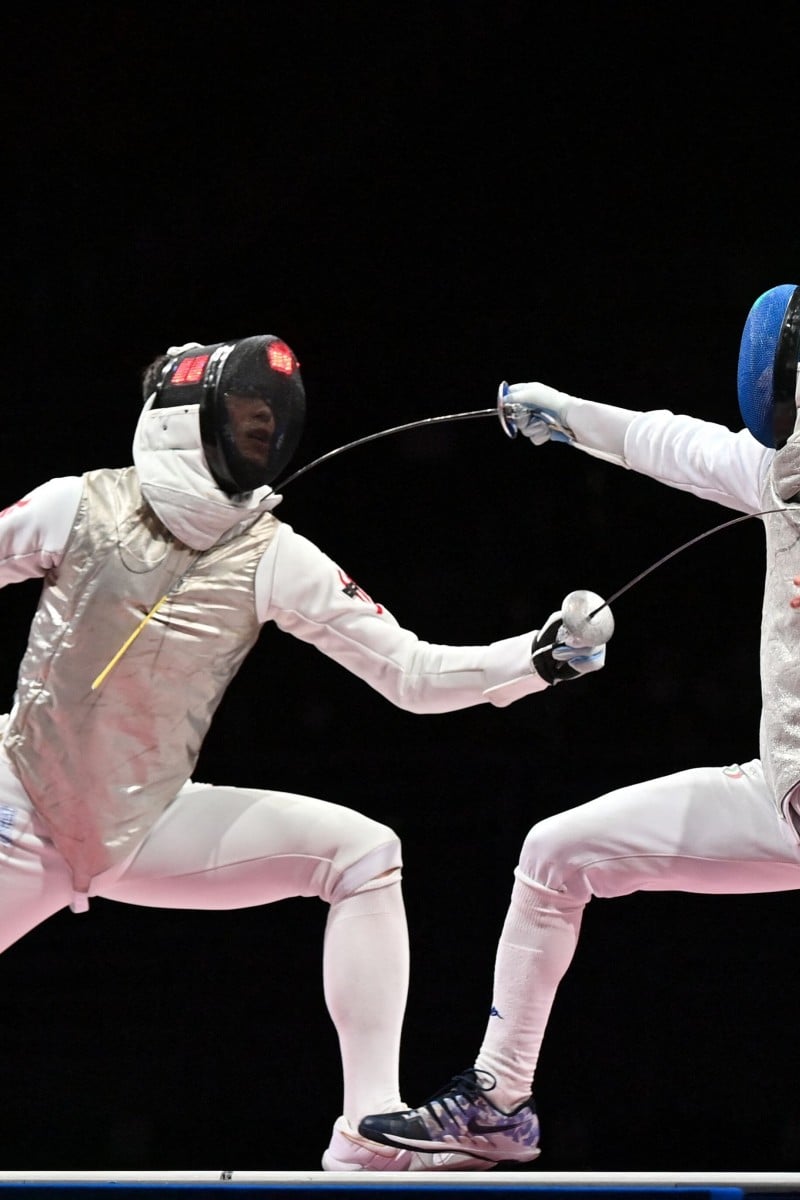 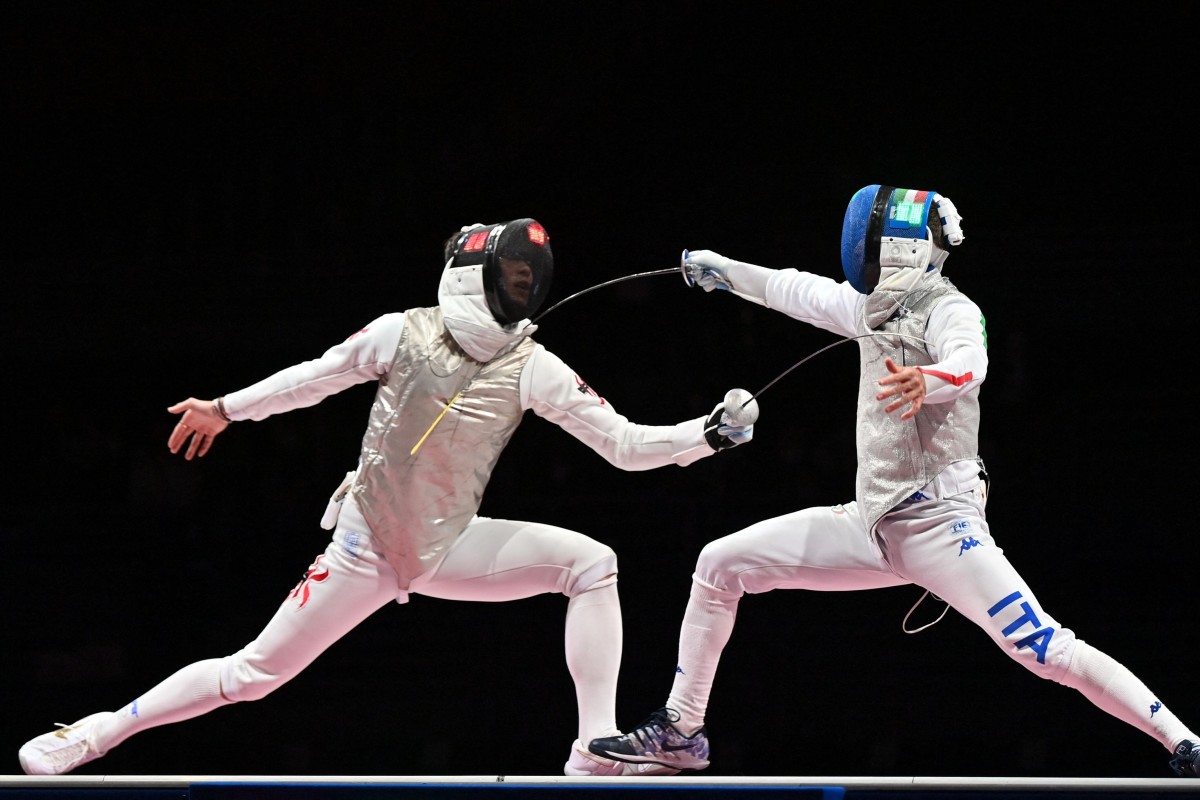 Hong Kong celebrated a historic moment on Monday as fencer Edgar Cheung Ka-long stood atop the podium at the Tokyo Olympics and accepted his gold medal. It was only the city’s second Olympic gold medal, the first one being when windsurfer Lee Lai-shan took gold at the 1996 Atlanta Olympics.

Here’s everything you need to know about the 24-year-old athlete, including how he got his start and the prizes he will receive for being a world fencing champion.

When did he start fencing?

Cheung enrolled in his first Hong Kong Fencing School class when he was only 10. He quickly proved to be a promising athlete, winning third place in a local fencing contest competition not long after he started playing the sport.

He previously studied at Ying Wa College and later at Lam Tai Fai College, but quit school after Form Four – when he was about 15 years old – to concentrate on fencing full-time.

Could Hong Kong see its second medal of the Games soon?

Have his parents always been supportive?

His father Alan and mother Chan Suet-ling used to be athletes themselves. They both played basketball in the Hong Kong A1 Division Championship – the top basketball competition in the city – in the 1980s.

Even though both parents were both basketball players, they did not force the junior Cheung to follow in their footsteps and play the sport himself.

In an interview with Sportsroad, Cheung recalled that he struggled to juggle fencing and his studies while he was in secondary school.

Cheung Ka-long looks at his medal as he celebrates on the podium during the medal ceremony. Photo: AFP

“I was going to school in the morning, and then went fencing after school. It was really tough,” he said.

“I told my father that I wanted to become a full-time athlete, but he was not willing to entertain my request at the beginning. I kept asking him about it day after day, just like a kid who wants a new toy.”

Both parents eventually gave their son the nod, but his mother requested that the junior Cheung produce results from fencing within two years.

The youngest participants in this year’s Games

When did he start to shine in the world of fencing?

The 1.93m-tall Cheung broke out in 2016. He was crowned Asian champion when he was only 18, a first in the history of Hong Kong. On his way to landing the Asian crown, he beat an Olympic champion, a world champion and a world junior champion.

Not only did he make it to the 2016 Rio de Janeiro Olympics, he even became the first male Hong Kong fencer to reach the final 16, before losing to Brazilian favourite Guilherme Toldo.

“It was so hard to concentrate … It was so loud … but that’s what makes the Olympics special,” Cheung said in 2016. “Maybe next Olympics I’ll do better. If I face a Japanese fencer in Tokyo, I’ll know what to do.”

He certainly proved this at the Tokyo Olympics.

What happened at the Olympics?

On the path to winning the men’s individual foil, Cheung fought and defeated the world’s number one fencer, Italian Alessio Foconi. Cheung dominated the match in a stunning win 15 to 3.

Then, at the start of Monday’s events, he kept his focus as he entered the quarter-final showdown against Russia’s Kirill Borodachev. As the first half of the match was about to end, Cheung was down 9 to 14, with Borodachev looking set to win with just one more point to score.

But the Hong Kong Olympian got back on his feet and scored one point after another, ending the first half with 13 to 14, and securing a place in the semi-final, where he faced Czech Republic’s Alexander Choupenitch.

He was leading all the way when he went up against Choupenitch, ending the first half with 13 to 9. Not long into the second half, Cheung claimed victory, winning 15 to 10.

At last, Cheung was in the final match for the gold. Despite going up against Italy’s Daniele Garozzo, the world’s No 7 fencer, the 24-year-old Olympian showed no fear or hesitation. Cheung won 15 to 11 in a stunning victory.

His medal was only Hong Kong’s fourth in its history – until Siobhan Haughey won the fifth on Wednesday. So on the night of Cheung's historic win, Hongkongers erupted in celebration in packed shopping centres across the city.

What’s next for him and what prizes has he gotten?

“I didn’t believe that I could do it,” Cheung said after his history-making win. “It’s been my dream to win an Olympic gold medal.”

“If you work hard and don’t give up, becoming an Olympic champion is not just a dream.”

He added that now he would focus his time and attention on team fencing events.

Hong Kong athletes to watch out for

One thing for sure is that his life has changed forever. Not only will he receive HK$5 million (US$642,540) from the Henderson Land Commendation Scheme for Elite Athletes, but Lam Tai-fai, a Hong Kong politician, said his charity will gift Cheung another HK$2.5 million (US$321,270).

Meanwhile, the MTR Corporation will give him unlimited free rides for the rest of his life, and KMB bus company will grant Cheung and every other Hong Kong Olympian free rides for a year.

But now that Cheung is rich and famous, will he still take public transport?