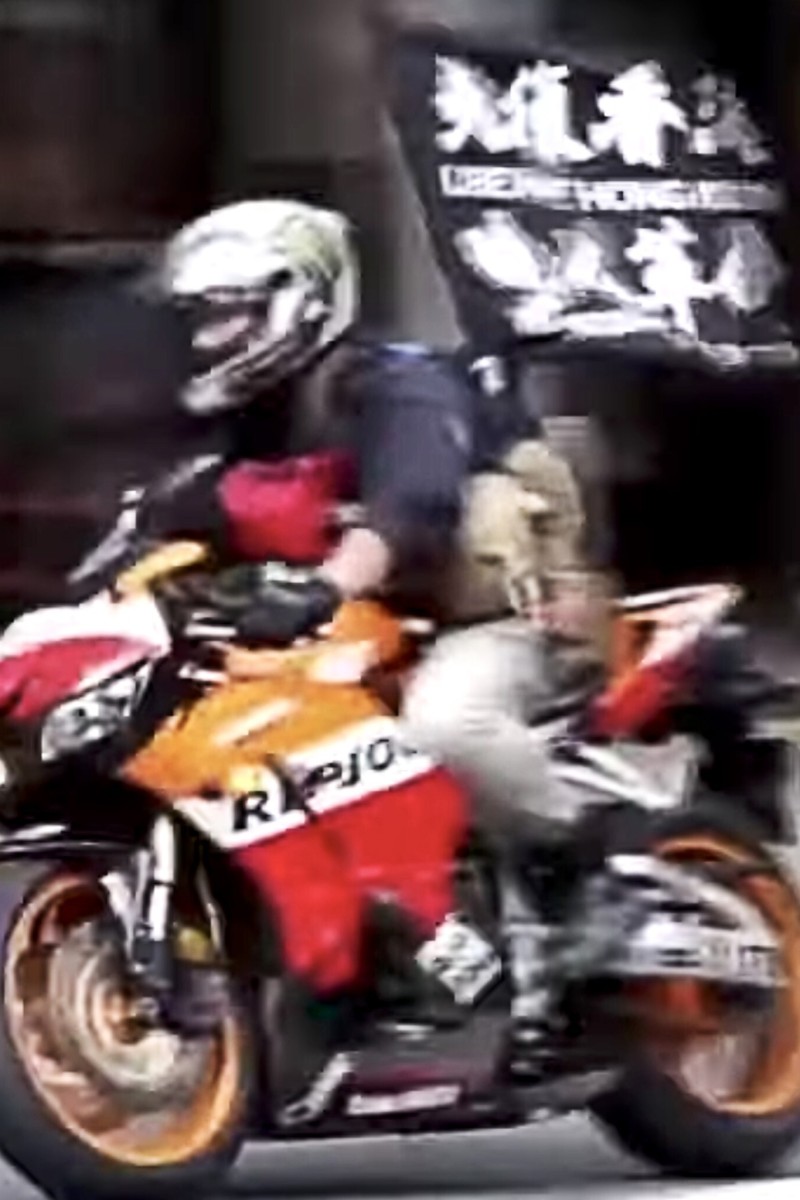 The first person to stand trial under the national security law faces life in prison after three judges selected by Hong Kong’s leader found him guilty of secession and terrorism for ramming his motorcycle into a group of police officers while carrying a flag that called for the city’s liberation last year.

On Tuesday, the three-judge panel at the High Court held that Leon Tong Ying-kit had incited separatism by displaying the signature rallying call of the 2019 demonstrations, “Liberate Hong Kong; revolution of our times”, when he roamed the streets during a July 1 in Wan Chai rally last year.

They also ruled that the 24-year-old former restaurant worker caused great harm to society by inflicting grave injuries on three police officers who tried to block him after he ignored repeated warnings to stop.

Providing a summary of the panel’s findings, Judge Esther Toh Lye-ping said they were satisfied the slogan was capable of inciting others to commit secession “having regard to the natural and reasonable effect of displaying the flag” and “in the particular circumstances of the case”.

“When the defendant displayed the slogan in the manner he did, he intended to communicate the secessionist meaning of the slogan to others and he intended to incite others to commit secession by separating the [Hong Kong Special Administrative Region] from the [People’s Republic of China],” Toh said.

The three judges also found the defendant’s failure to stop at police check lines, eventually crashing into three officers, was “a deliberate challenge mounted against the police, a symbol of Hong Kong’s law and order”.

The prosecution argued in the 15-day trial that Tong intentionally displayed the flag with the disputed slogan in a high-profile fashion to attract media attention and encourage others to break the law, which Beijing had imposed only the night before.

Tong also aimed to cause serious harm to society by ramming his way through multiple police roadblocks and causing serious injuries to officers to further his push for the city’s independence, the court was told.

The defence had countered by saying the collision was accidental, and that the rallying cry was ambiguous and did not necessarily carry a political message.

Defence counsel Clive Grossman SC revealed he had received “quite a lot of letters from people” who pleaded for leniency on his client’s behalf.

The court will hear mitigation on Thursday.