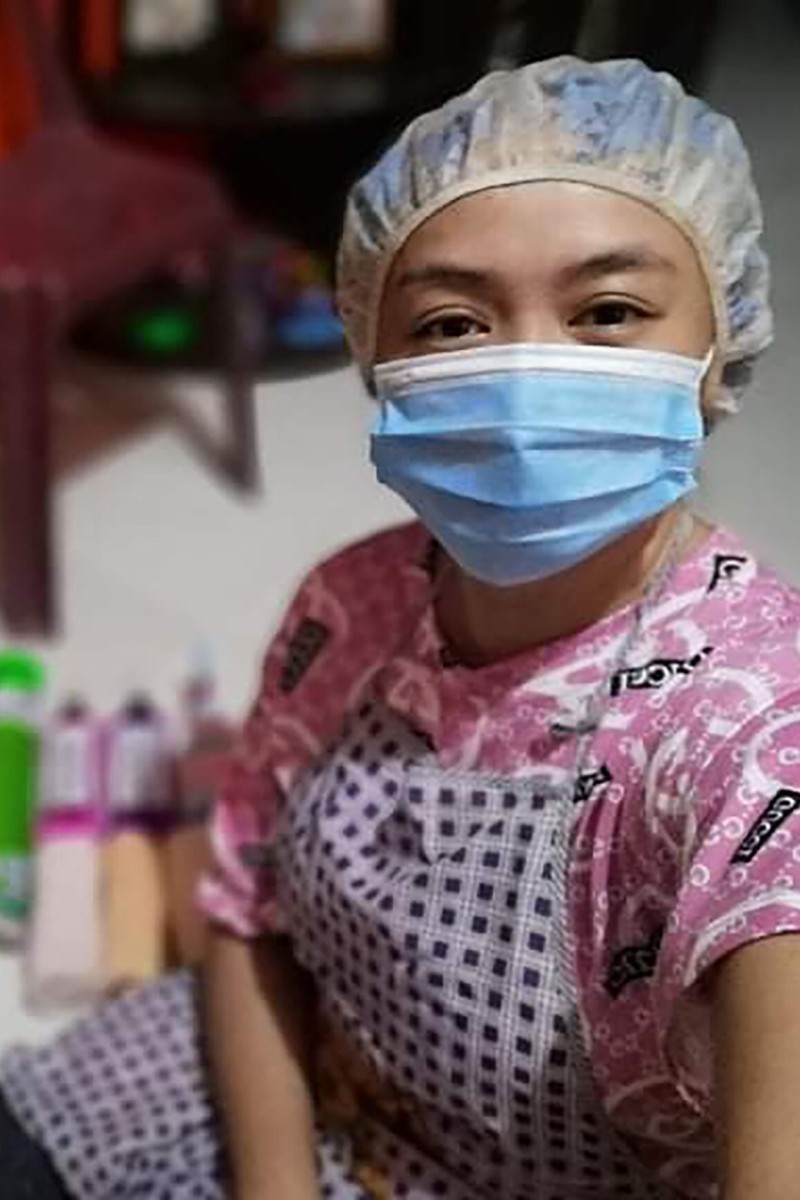 Aprilyn Racca trained in preparation to work as a domestic worker in Hong Kong, but the city’s latest travel updates, which do not recognise her vaccination in the Philippines, have left her feeling ‘hopeless’. Photo: Handout

Filipino Aprilyn Racca has for the last three and a half months been anxiously waiting for a chance to come to Hong Kong and begin her job as a domestic worker.

Her flight from Manila to Hong Kong was cancelled in April when the Hong Kong government decided to ban flights from the Philippines, Indonesia and some other countries it deemed as having worsening Covid-19 outbreaks. Even though she had already been hired by a Hong Kong family, she was not able to enter the city to work.

Months have passed, and the flight ban has still not been fully lifted. Hong Kong officials on Monday announced that domestic workers who were currently abroad could return if they were vaccinated in the city. They can also leave the city, meet their families and friends back home, and return – as long as they have already received two vaccine jabs in Hong Kong and follow the city’s testing and quarantine requirements.

But these updated rules are a problem for 34-year-old Racca because, even though she has already received two AstraZeneca jabs, she took them in the Philippines – not Hong Kong – so she would still not be allowed to enter the city.

“My employer has cancelled my application already, and I [feel] so sad and stressed,” said Racca. “I [feel] hopeless now … when will this pandemic end?”

She said Hong Kong’s latest policies were “unfair” to people like her because she was already fully vaccinated, just not in Hong Kong.

Vaxxed students in Hong Kong could soon return to school

There are about 400,000 foreign domestic workers in Hong Kong, and most of them come from the Philippines and Indonesia. The city’s flight bans on the two Southeast Asian countries have limited the number of domestic helpers able to work in Hong Kong, drawing complaints from local families who need their help.

About 6,500 domestic helpers are estimated to be stuck in the Philippines and Indonesia, said Thomas Chan Tung-fung, chairman of the Hong Kong Union of Employment Agencies. In a previous interview, he had said many of those stranded in these two countries were new hires.

Racca is from Illocos Sur, a province in the northern Philippines, which is about seven hours from Manila by bus. She used to earn 13,000 pesos (HK$2,000) a month working at an electronics shop, and had hoped to better support her farmer husband and eight-year-old son with the increased wages she would have earned in Hong Kong.

But the travel restrictions have already held up her ability to repay the debt of 60,000 pesos she borrowed from relatives and lending companies to pay for her training and other fees.

Opinion: Hong Kong needs to do more to protect the city’s domestic workers

For the last three and a half months, she has been staying in Manila at the house of her husband’s brother. She wanted to return to Illocos Sur to wait for the flight ban to be lifted.

But because of the domestic lockdown, she is not allowed to leave Manila unless she takes a Covid-19 test to prove that she does not carry the coronavirus. The test costs 4,000 pesos (HK$625), and the bus ride back home will cost another 3,000 pesos.

“How can I go back home if I don’t have enough money (to afford the fees)?” she said.