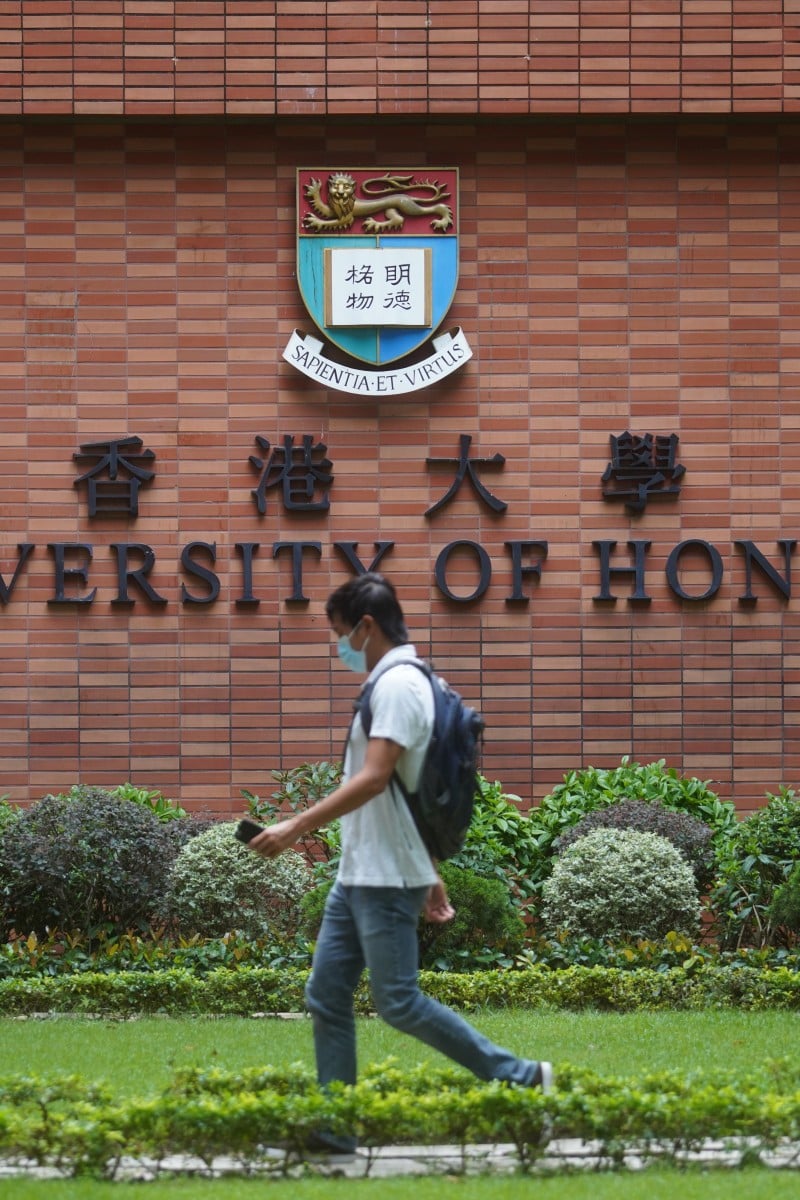 More than 38 per cent of students received offers to study at universities in Hong Kong, the highest number since the HKDSE was introduced in 2012. Photo: SCMP/Winson Wong

A record proportion of Hong Kong’s secondary school graduates have been admitted to bachelor's degree programmes at the city’s universities since the city introduced a new university entrance exam in 2012, official figures have shown.

Of the 40,658 students who applied for publicly funded or self-financed bachelor's degree programmes in Hong Kong, 38.1 per cent have received an offer, according to figures from the Joint University Programmes Admissions System (Jupas) Office released on Thursday.

The number stood at just 23.04 per cent when the Diploma of Secondary Education (DSE) was introduced in 2012 to replace the Certificate of Education Examination and the Advanced Level Examination.

But the record figure could also be a result of the city’s record-low birth rate and the increasing number of families moving abroad with their children, out of worries about the city’s political status quo.

Why a gap year may not be a bad idea

Some students who excelled in the DSE exam have already received offers to study in Hong Kong. Four out of five top scorers who chose to study medicine in the city opted to pursue their medical degrees at the Chinese University of Hong Kong.

While many students who do well on the DSE exam choose to study medicine, two pupils have received an offer from the University of Hong Kong’s law school.

There has been a sharp drop in the number of students applying for university in Hong Kong since the DSE exam was introduced.

One future law student said he was not optimistic about the future of the city after the Beijing-imposed national security law, but he had decided to stay put.

“Of course I don’t feel positive about it, and it did put doubt in my mind regarding becoming a lawyer at the beginning,” said the top-scoring student, who did not want to be named.

“The work of lawyers includes the more ‘down to earth’ elements of life in Hong Kong that can help people in everyday scenarios,” he added.

Bowie Tang, 18, from Ying Wah College, has also been admitted to study government and laws at the University of Hong Kong.

Planning to study in the US? Here’s what to know about the common application

Born and raised in the city, Bowie said studying overseas was never his plan because he believed that it is his “calling” to stay in Hong Kong to help people.

“Many choose to leave for a new life, I choose to stay,” said Bowie.

“I am a Christian and I believe that where there is suffering, there is calling. I stay because I belong here and because I have the responsibility to stay,” he said. “As long as I’m physically present, there is still a lot of space to contribute.”

Meanwhile, more than 4,500 post-secondary school students have been admitted to associate degree or higher diploma programmes at the city’s universities. These programmes provide a pathway for students who did not do as well on the DSE exam to move on to bachelor's programmes, usually after two years of study.