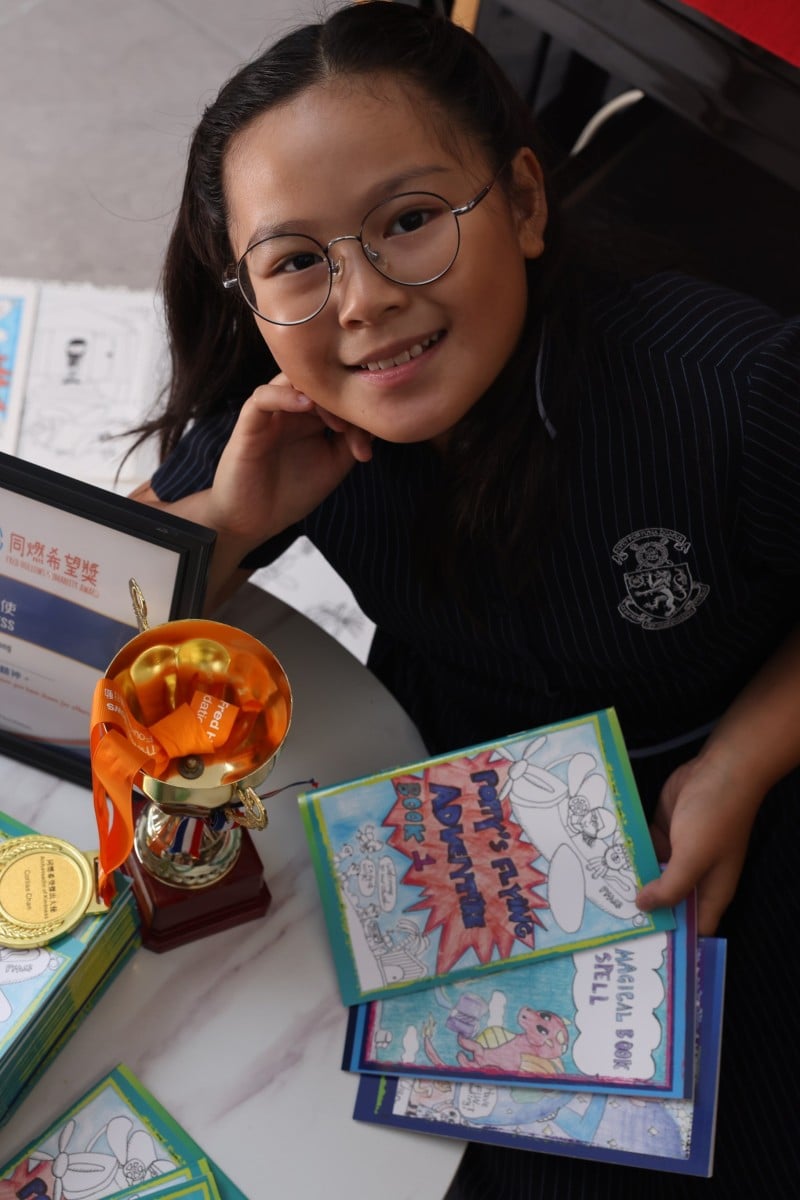 Meet the eight-year-old who has raised HK$13,500 for charity while in quarantine 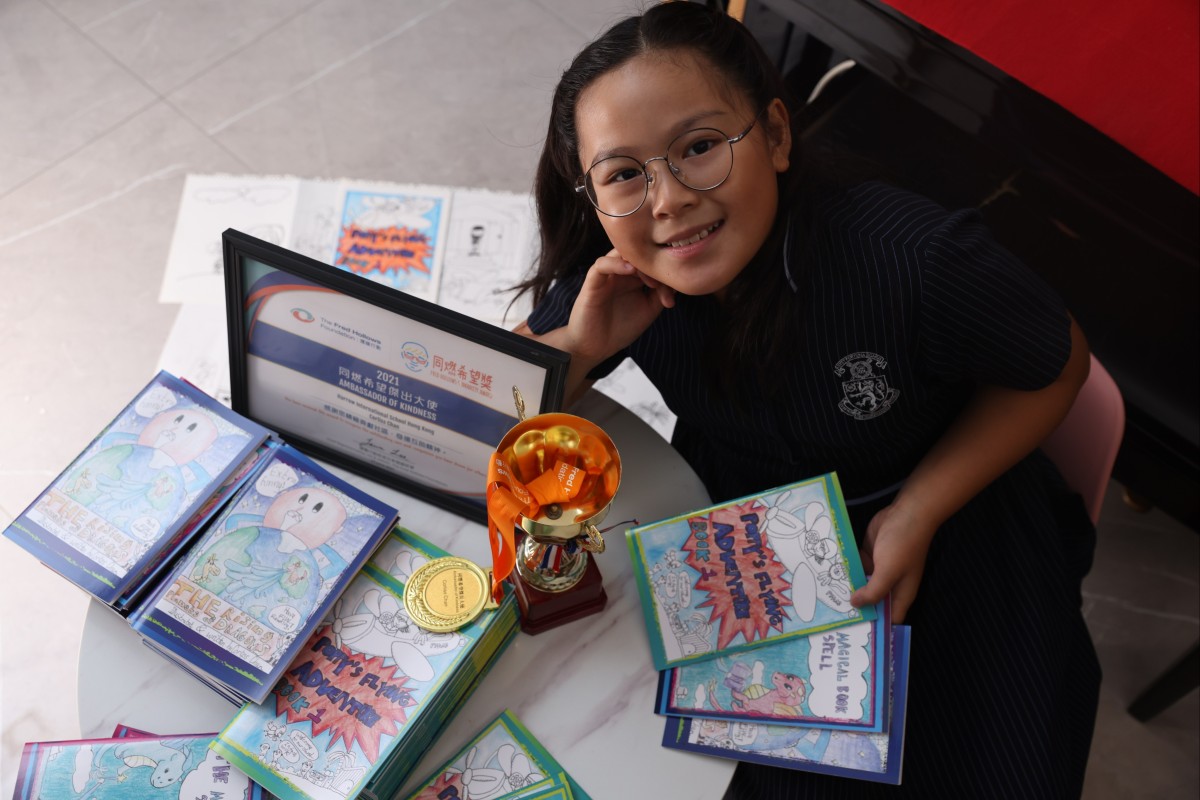 Corliss Chan, 9, has published a mini-book during her qauarantine earlier this year. She has sold 110 copies to friends and raised HK$13,500 for charity. Photo: K. Y. Cheng

An eight-year-old Hong Kong girl has made the most of her two-week quarantine in Hong Kong, publishing a mini book and raising HK$13,500 for charity in the process.

Corliss Chan flew back to Hong Kong from Britain in March at the height of the coronavirus outbreak. At the time, the city’s government did not require people flying from Britain to quarantine, but Corliss’ family decided it was the right thing to do because they lived with an elderly person.

She and her family eventually stayed at a friend’s house for two weeks on a self-imposed quarantine. The girl was bored and wanted to do something meaningful.

Corliss started illustrating Poppy’s Flying Adventure and her mother helped her publish about 110 copies of the mini book consisting of her drawings.

“I would do them whenever I had free time,” she said, referring to the drawings. “After I finished some online lessons or Zoom classes, I would go straight to this.”

Corliss, who has had hopes of becoming an author since she was five, sold the copies to friends, raising HK$13,500. The money was then donated to the Children Cancer Foundation, the World Wide Fund for Nature (WWF), and a Hong Kong church.

“It took a few weeks to get it done, because I wanted to make it as good as possible,” she said.

“The best and worst part [of quarantine] was actually when I went to bed. If I couldn’t sleep, I would just sit up and think of ideas [for my story].”

She said she has developed a strong interest in reading at Harrow, adding that Harry Potter author J.K. Rowling was one of her inspirations.