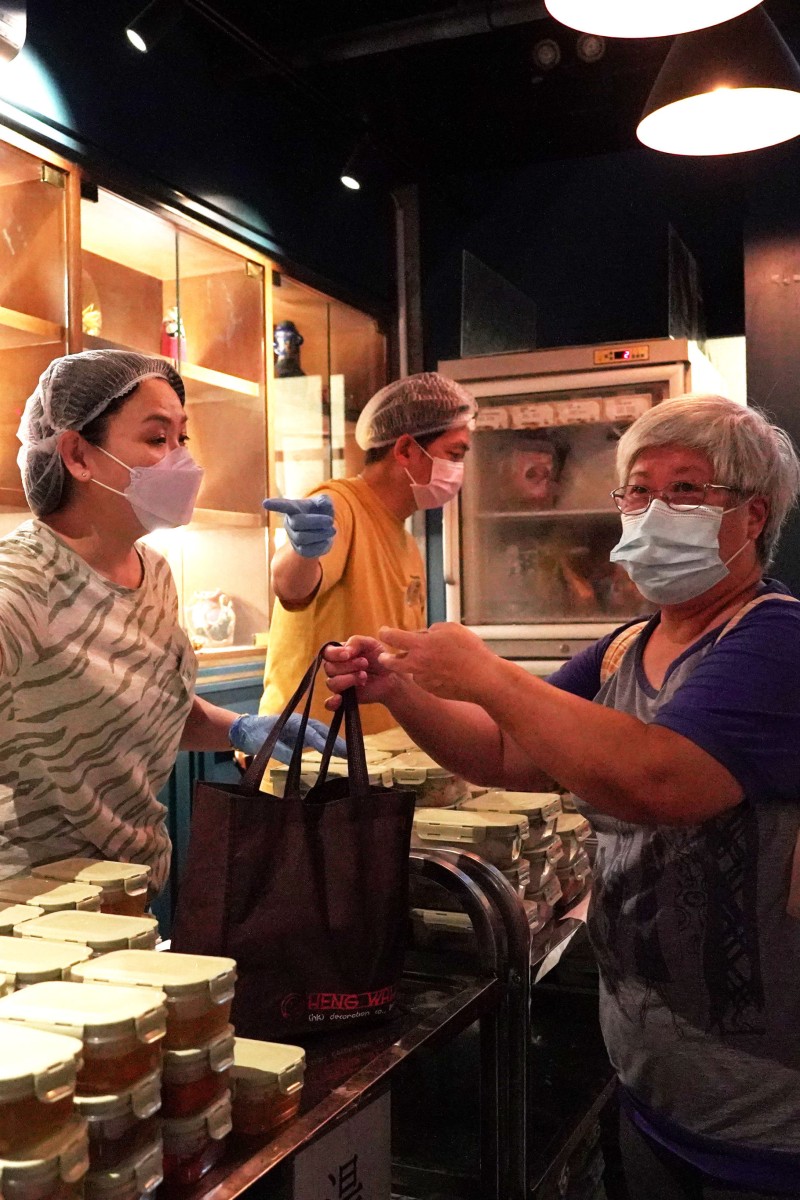 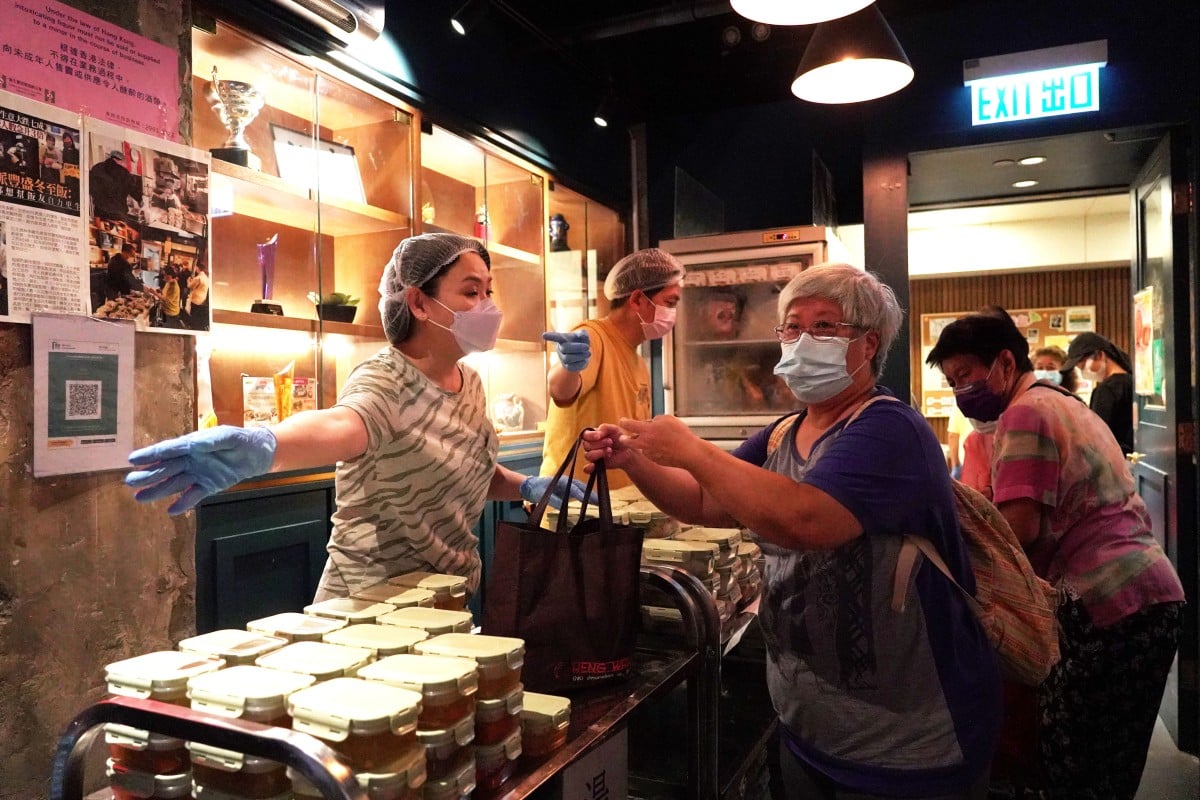 At 11am each day, a restaurant called Viet Street in Yau Ma Tei opens its doors to a long line of some 20 people already queuing eagerly to get in. Some of them have even brought stools to sit on while waiting.

Within an hour from opening, about 250 people would have gratefully left the restaurant with a meal box, a bowl of soup, and perhaps more importantly, good fortune.

The outlet, together with three other restaurants under the Gingko House group, gives away about 1,000 free meals to underprivileged residents daily, seven days a week. That adds up to 30,000 meal boxes a month.

“We wish the recipients all the best, to have good health and luck.”

Gingko House is a social enterprise set up in 2003 to promote employment for the city’s elderly. To drive home this message, it hires mostly ageing workers.

Over the years, Gingko House has evolved to become more than just a restaurant chain. It is also a platform for people to give back. Schools often work with its branches so students can learn about helping the disadvantaged.

Viet Street insists on using high quality ingredients in the free meals they give away so the underprivileged can also have a choice in what they eat. Photo: Lea Li

“Teachers bring their students here to volunteer. Afterwards, we match the young volunteers with elderly ones to reflect on their experiences,” Chan said.

Viet Street opened in 2017 in an area where many underprivileged elderly people live. After seeing how low-income families in the area struggled to get by, Chan lowered the price of the restaurant’s meal boxes to HK$12. The decision has received overwhelming support from the public, with many asking to pay for meals.

The decision has received overwhelming support from the public, with many asking to pay for meals.

In December 2020, many in Hong Kong lost their jobs amid the worsening coronavirus outbreak. So Viet Street and three other Gingko House restaurants ramped up their efforts, giving away about 1,000 free meals daily – even when Viet Street was also struggling financially.

Wicky Chan (right), operation manager of the Viet Street restaurant, believes everyone should be able to have a choice in what they eat. Photo: Lea Li

“We insisted on using the best quality ingredients and giving the needy a choice in what they eat. We believe that everyone should have the freedom of choice no matter what kind of difficult situation they are in,” Chan stressed.

Many recipients are elderly people who are jobless, such as 73-year-old Chou. She lives with her husband in a flat on the sixth floor of a tenement building with no lift.

“Most buildings in this district are without lifts. It’s very inconvenient. But what can I do? My spouse cannot walk, and we are both jobless. I have no choice but to come here and get the free meal to keep us alive,” she said.

Other recipients of the free meals live in tong lao, or subdivided flats, depending solely on government allowances and their savings, according to Ray Tam Ki-fai, a social worker who has worked with Viet Street.

There are about 110,000 of these shoebox-sized living spaces in Hong Kong. The median monthly rent is HK$4,800, and three quarters of those who live there have reported that rents have gone up in the past year, according to an official report released earlier this year.

The government has proposed capping rent rises to 15 per cent over a two-year period for subdivided flats, but residents have said this is not enough.

Annike Lam, 52, has been volunteering at Viet Street for more than a year. She gathers daily at the restaurant with other volunteers at 9.30am to pack meal boxes. She lost her job during the pandemic, but this gave her the chance to help others in need.

Lam recalled a time when another volunteer wanted to give instant noodle packs to people who had lined up outside the restaurant. But they rejected the food because they had no space and equipment to cook at home.

“This episode touched my heart. It made me realise that having a place to live and food to eat are already the biggest blessings,” she said.