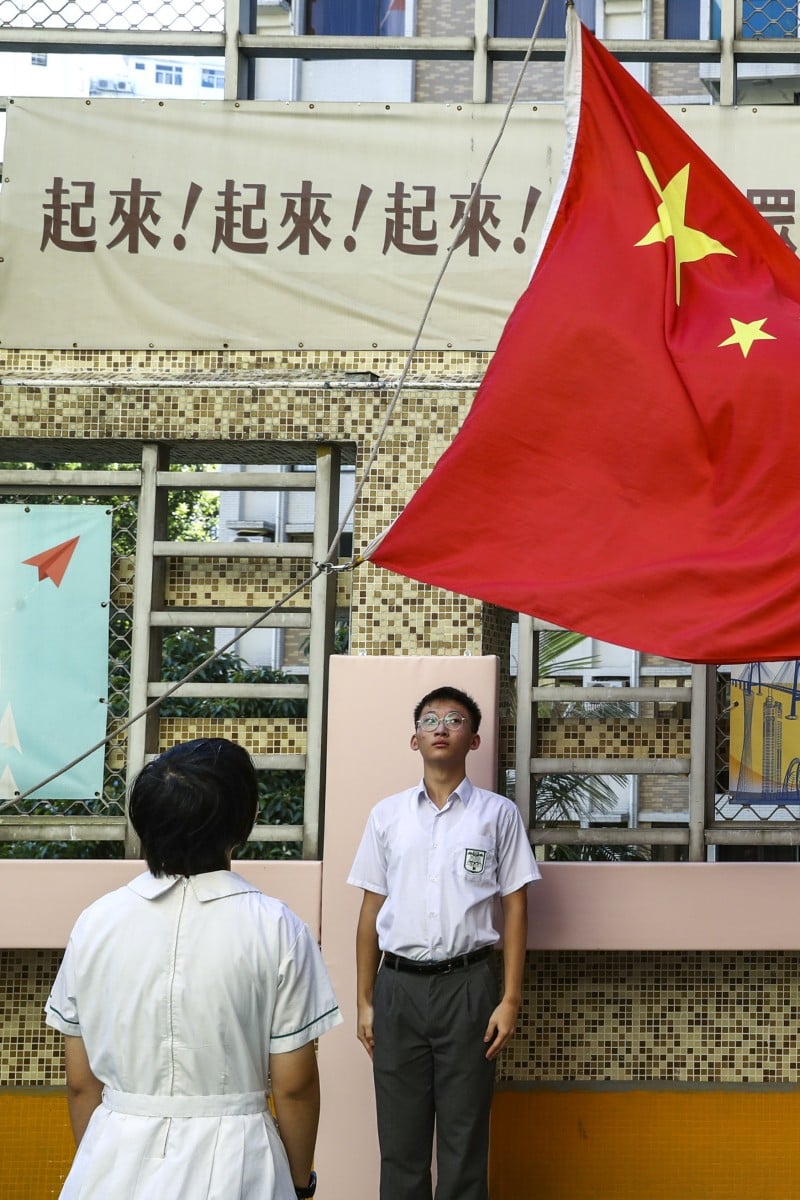 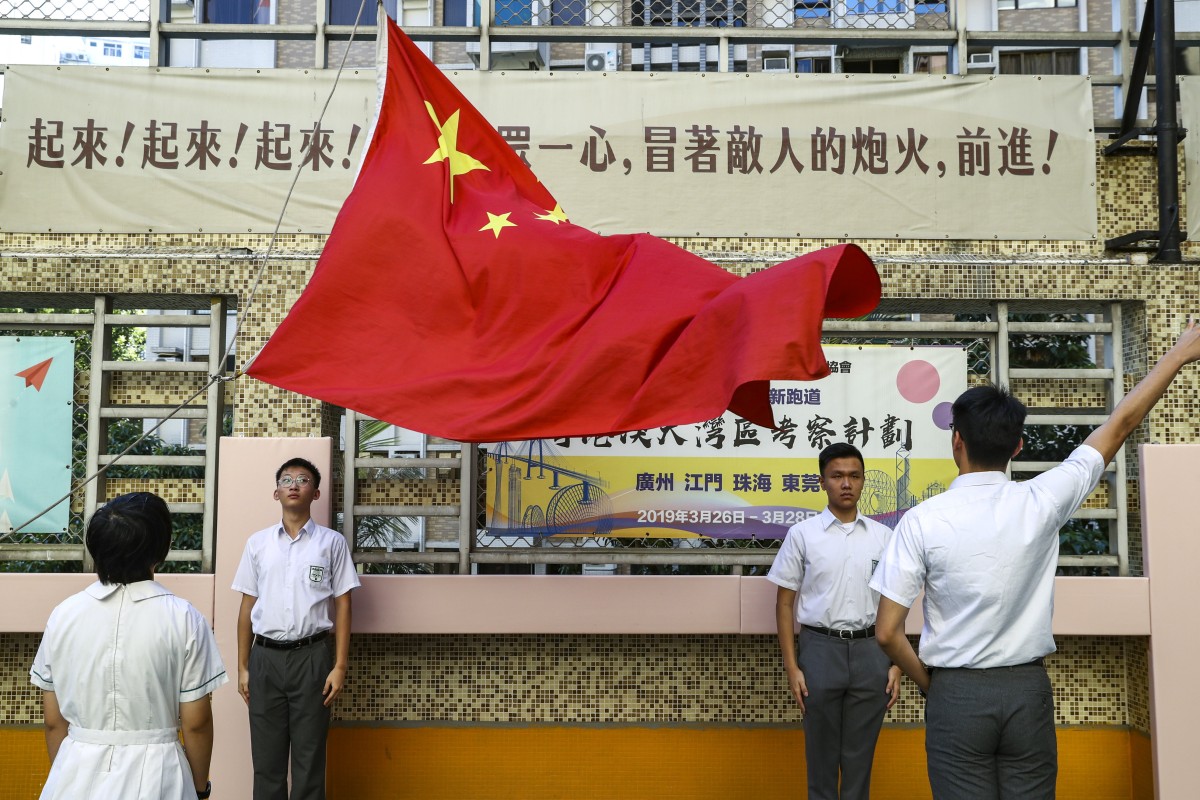 The concepts of law-abidingness and national identity will be even more heavily pushed in Hong Kong schools soon. Photo: SCMP/ Nora Tam

Hong Kong schools will need to infuse civic values, including law-abidingness and national identity, into all subjects under a new teaching framework to address a “passive and self-indulgent mindset” in some young people, a source has told the SCMP.

On Monday, the source revealed details of the new requirements after Secretary for Education Kevin Yeung Yun-hung wrote in his blog the previous day that a committee would soon announce a trial version of the “Values Education Curriculum Framework” after deliberations lasting more than a year.

The framework would require all secondary and primary school subjects, including languages, cultural studies and even computing lessons, to be infused with nine moral and civic values, a committee member said.

The scheme, which will replace the “Moral and Civic Education Curriculum Framework”, will add two new values, law-abidingness and empathy, to the existing seven – perseverance, respect for others, responsibility, national identity, commitment, integrity, and care for others.

Yeung said the new framework was needed, as he found the self-indulgent attitude of some young people and the trending idea of “laying flat” worrying. Laying flat is an emerging lifestyle where young people reject hard work and adopt an indifferent attitude towards life.

“This passive mindset makes people feel dispirited and it hinders the development of society,” Yeung wrote in his blog.

He said the Standing Committee on Values Education under the Curriculum Development Council would raise some outcomes that needed to be achieved at different learning stages. Yeung stressed that values education had to include patriotic education.

The source said the framework would provide abundant teaching materials and examples for teachers.

Schools eligible for up to HK$300,000 in national education funding

He said educators could instil those values in different ways, including during lessons, assemblies, in-school activities or visits to mainland China, provided they were taught properly.

Asked how such abstract values, particularly national identity, could be taught in music lessons, the source said teachers could introduce Chinese instruments to students or even invite a Chinese orchestra to perform at school to show them the beauty of the culture.

“The best way to teach national identity is by soft-selling Chinese culture,” the source said. “Therefore Chinese language, the social studies subject in primary schools and the new citizenship and social development subject are the focus for students to learn Chinese culture and ethics.”

A Chinese-language teacher who also sits on their school’s national education working group said the government’s other initiatives on national security education, which had overlapping topics with the new framework, were already keeping them occupied.

“We are already quite overwhelmed by different circulars and guidelines released by the Education Bureau,” the teacher said, speaking on the condition of anonymity.

A liberal studies teacher, who also wished to remain anonymous, said some of the values were already being taught in schools but had not been given sufficient attention.

“With such a high-profile framework, I think we teachers will now need to take it seriously and keep all the things we have done on record to get ready to be checked by officials,” she said.

“The values are now being highlighted and the value of law-abidingness is being emphasised. It is understandable for the government to heighten the sense of national identity among students,” he said.