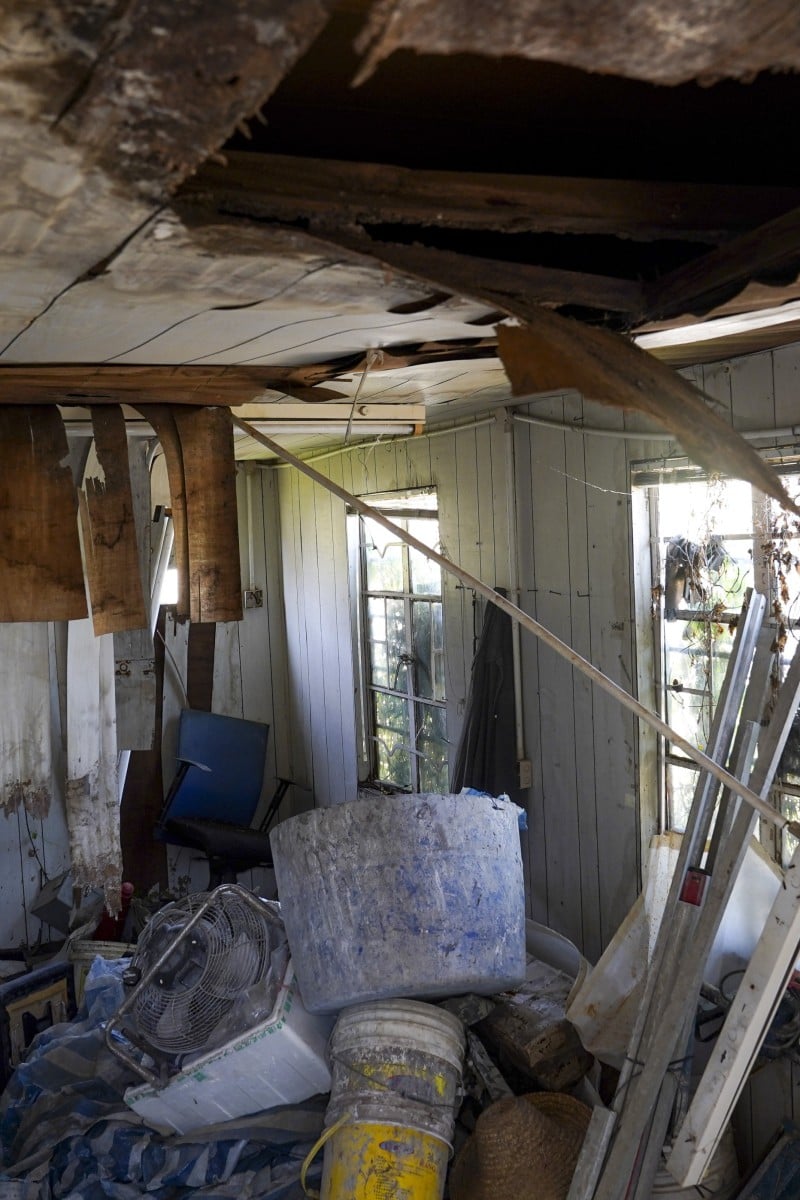 The interior of a converted storage container used to hold the two victims. Photo: SCMP/Sam Tsang

A toddler and domestic helper were kidnapped on Wednesday and rescued just hours after they were bundled into a car and locked inside a shipping container. Hong Kong police have since arrested a man in connection with the kidnapping.

The 19-month-old girl and 39-year-old woman caring for her were snatched on Victoria Road near Cyberport in Pok Fu Lam at about 8.30am on Wednesday, according to a police source.

He said the helper was taking the toddler – the daughter of a Japanese man who runs a sushi restaurant in the city – to a preschool near her home at the Residence Bel-air housing estate when two men jumped from a black car and grabbed them.

They were then driven to a hillside near Tai Wo Tsuen village in the New Territories’ Pat Heung area, where they were pushed into a shipping container that had been turned into an office and used to store construction materials.

When the man who had stayed behind to guard them left shortly after 11am, the woman managed to take the girl and climb onto the roof of the container via an opening in a window, according to the source.

When the suspect realised what was happening and returned to the container, the maid began shouting for help, alerting nearby villagers, who came to the pair’s rescue. Their abductor then fled on foot.

The exterior of the converted storage container in Pat Heung’s Tai Wo Village. Photo: Sam Tsang

A villager told local media he brought a ladder to help the victims climb down from the roof of the container and a pair of scissors to cut through the plastic cord used to tie up the domestic worker.

“The woman appeared to be in shock,” he said.

Police immediately launched a manhunt for the kidnappers, deploying a tracking dog and a government helicopter.

Officers from the force’s identification bureau were also called in to collect fingerprints and evidence at the scene.

According to the force, a 42-year-old suspect was picked up in the Kwu Tung area of Sheung Shui at about 3.15am on Thursday.

“The two victims suffered [minor bruises] on their hands. They were treated and discharged from hospital on the same day,” police said in a statement.

As of Thursday afternoon, the suspect was still being held for questioning and had not been charged. Police said the investigation was continuing and further arrests were possible.

Police have classified the case as attempted kidnapping.

It was the second kidnapping case in the city in just five weeks. A cryptocurrency trader, 39, was kidnapped on November 6 and held for a HK$30 million ransom.

He was beaten and detained at a village house in Tai Po for nearly a week before being rescued by police on November 12.

In Hong Kong, abduction is punishable by up to life in prison under the Offences against the Person Ordinance.