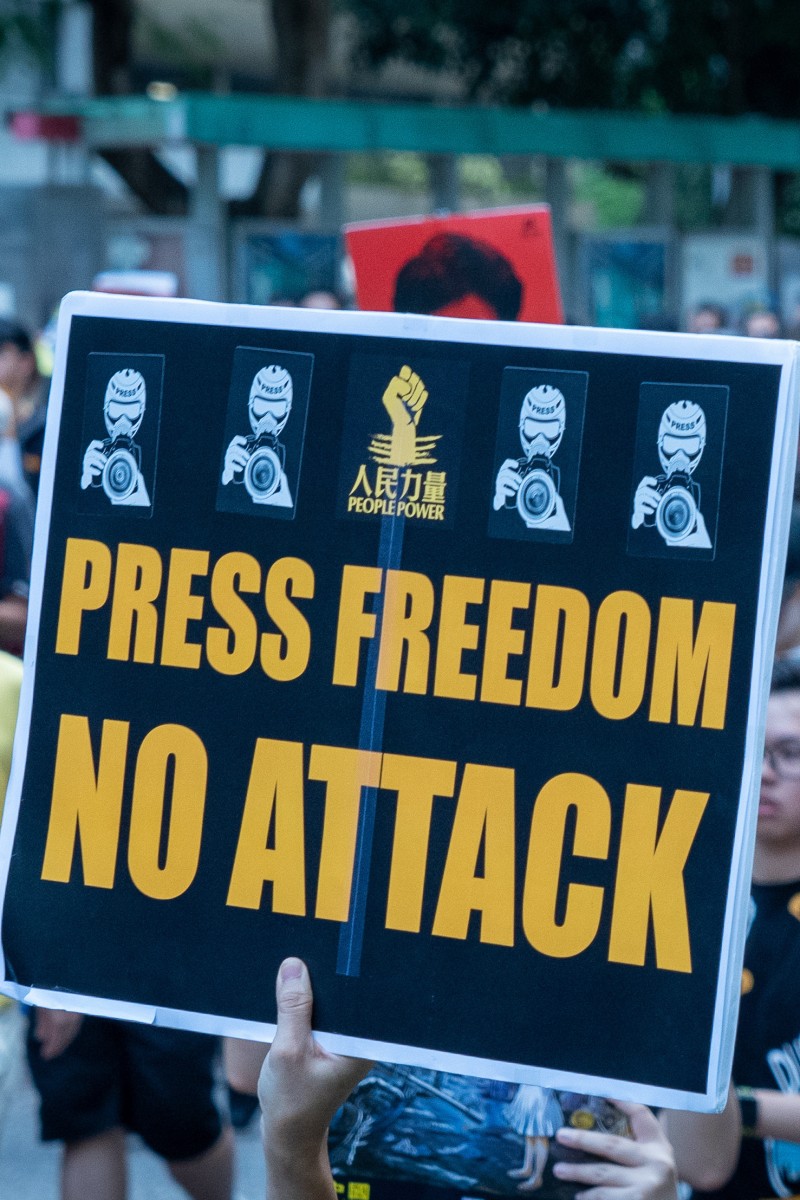 Press freedom in Hong Kong has sharply declined since the introduction of the national security law. Photo: Shutterstock

Hong Kong press freedom is in “free fall,” mainly due to the national security law and its subsequent use to crackdown on the media and journalists in the city, a global media watchdog said in its latest report on Tuesday.

Reporters Without Borders (RSF), a non-profit and non-governmental organisation that advocates the freedom of information, released an 82-page report titled “The Great Leap Backwards of Journalism in China”, which outlined recent “obstacles to information” put in place by the Chinese government, such as internet censorship and a media blockade in Xinjiang.

The report includes a section on Hong Kong entitled “Hong Kong: Press Freedom in Free Fall,” which said that 25 years after its handover to mainland China, the city’s principle of press freedom “is more threatened than ever”.

“The repression no longer spares Hong Kong, once a champion of press freedom, where a growing number of arrests are now conducted in the name of national security,” Christophe Deloire, Secretary General of RSF, wrote in the foreword of the report.

It describes the law as “a crackdown on independent media,” and said that journalists are the “new black sheep”.

A member of the press is pinned up against a car and searched by riot police following a rally at Edinburgh Place in Central. Photo: Shutterstock

“The national security law, imposed by Beijing in 2020, gave the Hong Kong government the pretext to prosecute at least 12 journalists and press freedom defenders … and to shut down Apple Daily, the territory’s largest Chinese-language opposition newspaper,” the report said, adding that most journalists in Hong Kong fear for their future, facing the dilemma of whether they should leave or risk prison.

It also reviewed press freedom in Hong Kong since 1997, criticising the current Chief Executive Carrie Lam as a “puppet” of the Beijing government who “turns a blind eye to the violence on journalists,” especially during the 2019 anti-government protests, and targets symbols of press freedom like Radio Television Hong Kong (RTHK) to “please the Chinese regime”.

Ronson Chan Ron-sing, chairman of the Hong Kong Journalists Association (HKJA), agreed with the report and said he is not optimistic about the future of press freedom in Hong Kong.

“We cannot deny the events that happened,” he said. “Some people were arrested, RTHK became a mouthpiece of the government … and the national security law has said [publications] that bring hatred to the government are wrong. This is a very bad situation.”

Chan said that while the national security law is already a powerful tool to use against journalists, there are more repressive laws yet to come.

“The fake news law, Article 23 … It is like [the government] is afraid there are still some loopholes for you [the media] to do something,” Chan said.

“It’s hard to let the Beijing government understand that the purpose of the media is not to challenge the government but to monitor its work with public opinion,” he said.