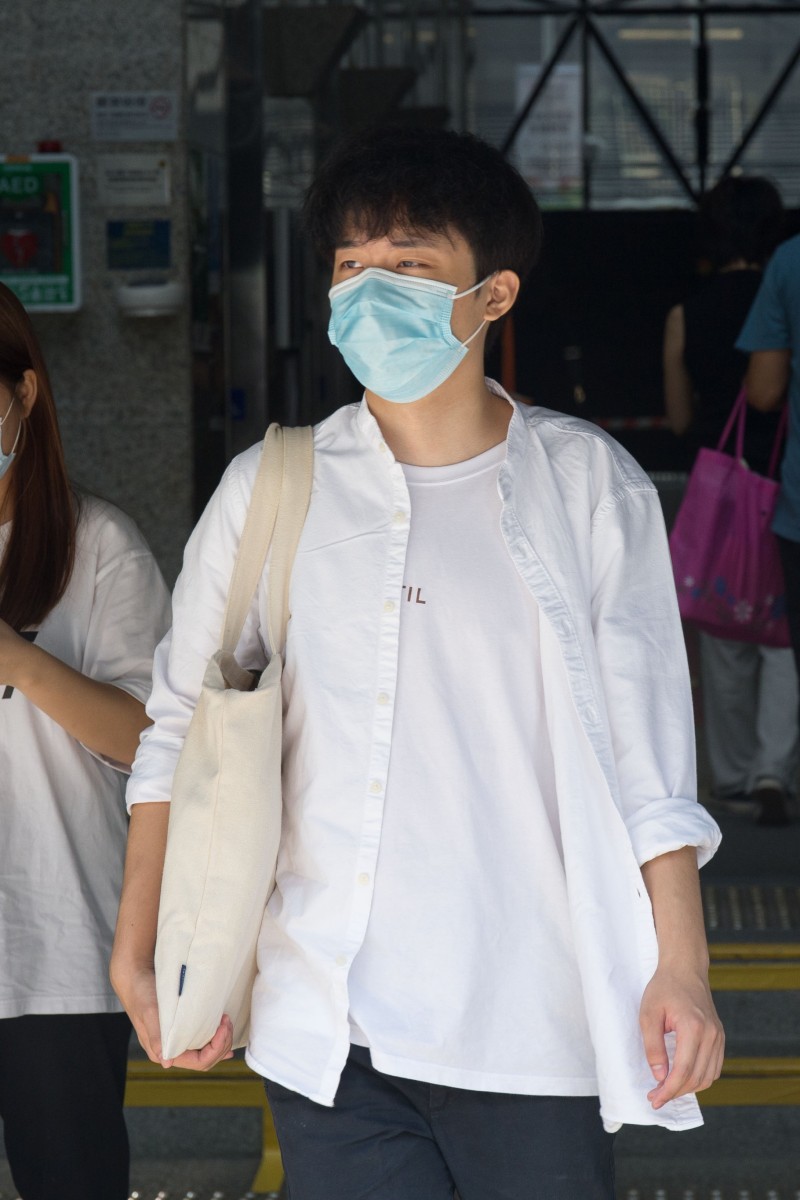 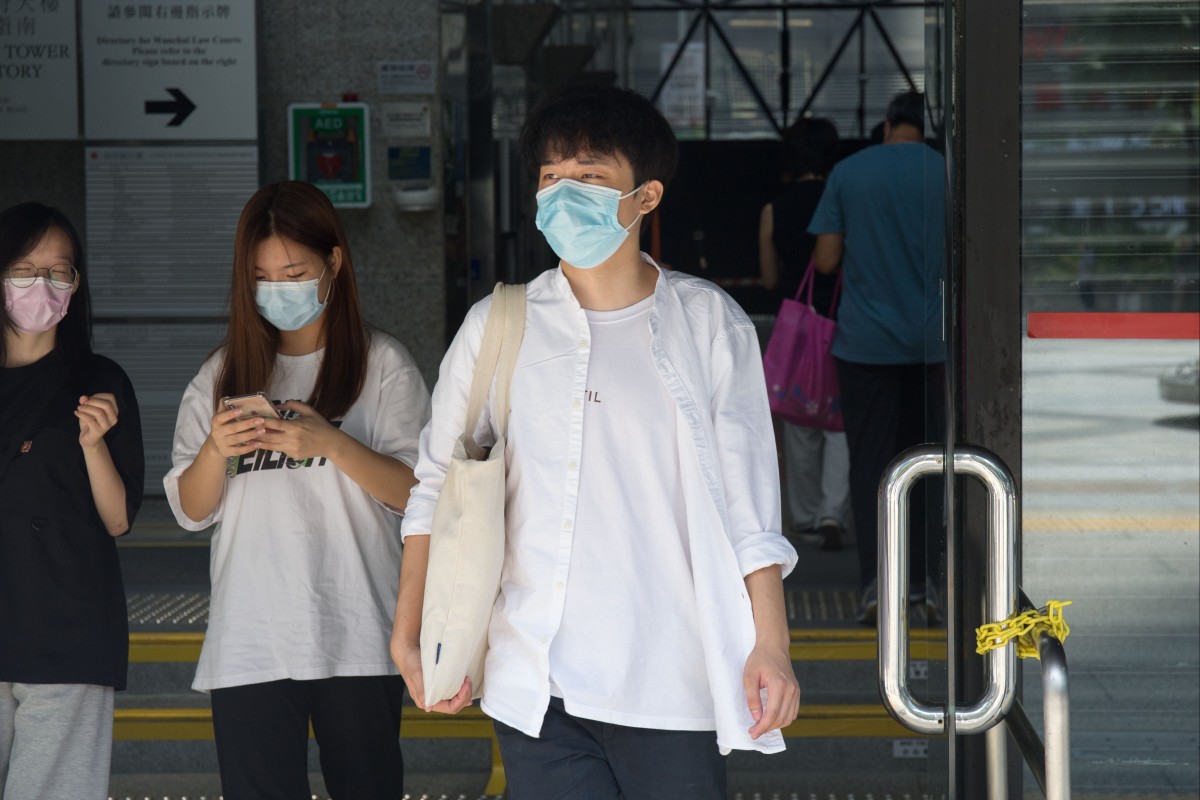 Student Lo Nip-fung, 20, (right) was sentenced to a training centre on Wednesday for a 2020 arson attack on a Hong Kong police station. Photo: SCMP/Brian Wong

Two Hong Kong secondary school students who threw flaming objects against the wall of a police station and assaulted two police officers last year have been placed in a training centre.

Tsang Wa-kwan, 19, and Lo Nip-fung, 20, were arrested immediately after the incident outside the New Territories North Regional Police Headquarters, which also serves as the Tai Po Police Station, in the early hours of April 1, 2020.

The District Court heard that five burning objects were hurled towards the building’s open-air car park, landing some distance from a police constable – identified only by his number, 26719 – where they burned out within a minute.

The constable was not injured and the fire did not spread, though it caused scorch marks on the wall surrounding the precinct as well as its front gate.

A third arsonist was said to have escaped.

Tsang and Lo later admitted to assaulting two other officers and damaging the wall and gate, but denied recklessly endangering the constable’s life with the fire.

They were each convicted of one count of assaulting a police officer in the due execution of his duty and another of arson with intent, on the basis that they had damaged government property.

In mitigation, both students expressed remorse, saying they had committed the offences under the influence of online information and the social environment at the time, and adding they had learned not to use violence to express their demands.

Pre-sentencing reports ordered by the court recommended sentencing them to a training centre, an alternative to imprisonment for offenders aged between 14 and 20, with an emphasis on rehabilitation.

Those sent to a training centre are required to pick up a trade during their detention, which can last anywhere from six months to three years, with the possibility of being subjected to supervision for another three years after discharge.

On Wednesday, District Judge Josiah Lam Wai-kuen said the defendants committed serious offences with premeditation that could have resulted in a jail term of as long as three years and two months.

But Lam said he had also considered their age, remorse and time spent in remand in his decision to adopt the training centre recommendation, which he believed was an appropriate option that could achieve both punitive and correctional purposes.

Arson with intent is punishable by life in prison, but the term is capped at seven years when the case is heard at the District Court.